An Exclusive Authorlink Interview With Michael Feiner
Author of the business book, The Feiner Points of Leadership
The 50 Basic Laws That Will Make People Want to Perform better for You

The Feiner Points of Leadership by Michael Feiner
Buy This Book via Amazon.com

Michael Feiner, a former Fortune 500 executive turned professor at Columbia Business School, has developed a different set of laws for managing a successful business. In his book, The Feiner Points of Leadership, the author presents 50 leadership laws covering the more emotional, human side of effective managementareas usually neglected in business books. The Feiner Points offers business managers real "hands-on" practical solutions for navigating the treacherous corporate world. Feiner's credentials and his emphasis upon the "hows" of successful management were probably key to making the sale to Warner.

After 20 years as an executive at PepsiCo, Feiner talks to Authorlink about the challenges facing today's managers and proposes some unusual solutions. He also discusses his own personal challenges in penning his first book.

"I had never really thought of writing a book." Feiner

AUTHORLINK: What prompted you to write a book about leadership?

FEINER: I had never really thought of writing book. Though I had the corporate background, it was never on my "to do" listnot in this lifetime. But, when I started teaching a leadership course in the MBA program at Columbia Business School, I got a lot of positive feedback from students. They encouraged me to write down my concepts. As the class grew in popularity, my students continued to insist that I write a book. One day my wife said, "Look, you've been talking and thinking about writing a book for more than a year now. Why don't you just do it?" I asked for a year's sabbatical from Columbia and finally committed myself to the task.

AUTHORLINK: How difficult was it to make the switch from teaching to writing?

FEINER: I am quite passionate about the issues surrounding effective business leadership. The switch wasn't's so difficult because I am a fairly disciplined person. I am a jogger, and have run every day for 30 years, rain or snow. So, for me to shut the door and sit down to write two to four hours per day was not an earth shattering change. The difficulty was in not knowing how well I was doing. One day I would feel as if I had really nailed what I wanted to say. The next day I'd read what I had written and feel the writing was absolute drivel. In business or sports it's easy to keep score as you go along. But in the writing profession rating yourself isn't so easy.

AUTHORLINK: Did you have any help? Encouragement?

FEINER: A former student was very helpful in thinking about how best to organize and structure the book. And Rich Wolff, my editor at Warner Business Books, was most encouraging. He's well known in the business book field.

"It took me three months to write the book proposal and a formal chapter." Feiner

AUTHORLINK: But, as a first time author, how did you get all the way to Warner in the first place?

FEINER: Once I decided to write the book, I told a writer friend I wanted to talk to a professional about the marketability of the concepts. My friend said, "Well, you'd better talk to an agent." He recommended a woman he knew, Denise Marcil, adding that she wouldn't want to see me. Sure enough, when I called her she said, "I don't want to see you. I'm not taking any new clients." But she finally asked that I mail a proposal. I said, "I don't' want to mail you anything. I want to talk to you in person about the about the concepts and ideas for the book."

"I don't see people about ideas," she retorted.

She relented, probably to get me off the phone. An hour and a half after our meeting she said she'd like to represent me. It took me three months to write the book proposal and a formal chapter.

The agent shopped the proposal to five publishers. We got a couple of offers and decided on Warner because they had a hands on, real world approach to publishing. I think Warner liked book because the approach is practical, hands on, real world. Most importantly, I wrote it from the vantage point that said, "Hey, I've made lots of mistakes, and it's okay to do so."

AUTHORLINK: After you turned in the finished manuscript to Rick Wolff , did he require many revisions?

FEINER: The changes weren't extensive, I think for two reasons. I had sent him the first half of book, so he had given me feedback along the way. When I submitted the second half of the work, Rick didn't have a lot of feedback, I think because he liked my writing style and the stories. The feedback he did give me was highly relevant to making the book better. It was Rick who suggested I explode the table of contents, and that I add a summary of laws at the end of every chapter.

"First and foremost, people must understand that the notion of treating everybody equal is silly!" Feiner

AUTHORLINK: Why do you believe so many organizations today don't work effectively?

FEINER: The simple answer is that people aren't rewarded for the way they lead; they are rewarded for the ultimate results they achieve. In a system where the ends justify the means, managers don't spend enough time motivating their employees. Leading is a difficult task. There are more than a few rules for doing the job effectively. In fact, there are 50 laws. Managing isn't as easy as falling off a log. It isn't a job you do as an afterthought. Too often people get obsessed with their own success, their own growth, their own career. They become so self absorbed that they neglect the needs and aspirations of their people.

AUTHORLINK: In your book, you point out that there is a real difference between leadership and management. What is that specific difference?

FEINER: First, organizations need both leadership and management. So leaders need both sets of skills, whether managing 50 or 5000 employees. Management focuses on measuring results and solving problems. Management produces order and consistencycrucial in organizations. But if that's the only skill a manager has in his or her repertoire, the organization becomes too process oriented, too myopic, too bureaauractic. The company becomes burdened with too many policies and rules and procedures.

A manager also needs leadership skills, the ability to look out onto the horizon and be adaptive to new regulations, new products, new competition. Leadership is ultimately about producing change. On any given day, today's manager needs to be both a process manager and a leader. Each job requires that a person use entirely different parts of the brain. General Motors is one example of a company that became too process oriented. They once owned 50 percent of the automobile market. Today their market share has fallen to 28 percent. The electronics and steel industries have gone the same way. These industries became too focused on order and predictability, and less focused on being adaptive. A lumbering elephant can't adapt. Leadership is about producing change. This is not easy. Leading is tricker than managing.

FEINER: First and foremost, people must understand that the notion of treating everybody equal is silly! It's important to treat everyone equitablybut not the same simply because people aren't the same. Each of us has different needs and strengthsa leader's job is to figure out how to bring out the best in individuals.

A leader must learn the best way to lead individuals. People need to be treated equitably, not equally. Some need more structure and feedback, others don't. A leader takes interest in what makes his or her people run–their hopes, dreams, and fears. The leader asks under what circumstances will each individual give his her her best. People fear change, even positive change. As miserable as they may be in present circumstances, the unexpected is even more frightening. I am convinced that's why many people stay in unhappy marriages, because they fear the unknown. The certainty of misery is preferable to the misery of uncertainty.

" Leaders are supposed to motivate and inspire their colleagues. They know the 'whats' of what they should do. But they want to know the 'hows.'" Feiner

AUTHORLINK: Are you working on another book?

FEINER: Currently I am working on promoting this book. I haven't thought about another one. It's hard to believe I have even written the first book.

AUTHORLINK: What can people get out of your book that they can't get elsewhere?

FEINER: In teaching thousands of MBA students and executives, I have found that they know what they are supposed to do. Leaders are supposed to motivate and inspire their colleagues. They know the "whats" of what they should do. But they want to know the "hows. My book focuses on the "hows."

AUTHORLINK: Do you have any advice for the writer struggling to break into the business?

FEINER: You have to promote yourself. I'll be on tour now through September speaking to business groups from Chicago to San Francisco, to Seattle, to London. Along with all the effort, you need a lot of luck and good reviews. The shelves are crowded. So many books go unnoticed.

AUTHORLINK: What is the one thing you want people to come away with from having read your book?

FEINER: Organizational life doesn't have to be dehumanizing, dissatisfying, unfulfilling. Even with bad bosses and hard-to-manage subordinates, people can shape conditions for their own success, and make organizational life more fulfilling. Chances are, you're not going to avoid having a Nucklehead boss at some point along the way. The question is how can you handle a Nucklehead? The solutions can be electrifying, exciting, and truly nourishing. 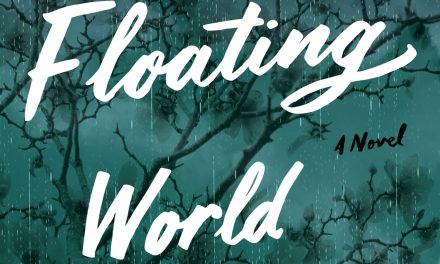 One Family’s Aftermath of the Chaotic Katrina Disaster