An exclusive AUTHORLINK interview with Javier Sierra
Author of The Master of the Prado: A Novel (Atria Books, 17 November 2015)

Javier Sierra’s 2006 novel, The Secret Supper (Atria Books, 21 March 2006) was a literary hit that reached number six on the New York Times bestseller list and has been published in 42 countries. Sierra was the first Spanish author to have achieved this.

The Master of the Prado by Javier Sierra
Buy this Book at Amazon.com

The Master of the Prado is his latest ‘factional’ novel and every bit as compelling as the book that launched his international career over ten years ago. This is a gripping and easy tale about the secrets contained in the major artworks of Raphael, Leonardo, Bosch, Botticelli, and El Greco to name a few, most of which are held in the Museum of Prado in Spain. Twenty years ago, the author met a mysterious stranger, Mr. Luis Fovel, who educated and initiated Sierra into the ‘spirits’ that live in the Prado museum ultimately leaving him with the question: – Is it possible that certain paintings could be read as a book, rather than an image?

The Master of the Prado is an intellectual summation and lively walk through the Renaissance. It is sure to please art historians the world over. The beautiful reproductions of the paintings and extra footnotes will make it an ideal companion to a guide of the Prado.

“Literature was created 5,000 years ago, at the time of The Epic of Gilgamesh, to solve the big mysteries of Life.”
—SIERRA

AUTHORLINK: Mr. Javier, thank you for your time today. We thoroughly enjoyed The Master of the Prado, your latest historical fiction. We relished the secrets behind the major artworks – the safe repositories of Christian history – housed in the greatest national art museum of Spain. What drives you to illuminate the alchemic and metaphysical mysteries of our world through literature? Do you feel you are a custodian of these secrets?

SIERRA: Literature was created 5,000 years ago, at the time of The Epic of Gilgamesh, to solve the big mysteries of Life. Gilgamesh was a character created in Old Babylon to solve the question of what is beyond death, and that first tale tries to give an answer to the reader. I try to follow that same path, five millennia later.

AUTHORLINK: That’s great. TheMaster of the Prado is a semi-autobiographical novel. You examine whether portals exist between this world and the next through great works of art whose hidden miracles, codes and secrets – supported by academic research – were a means of communicating with the spiritual world. How much of this do you believe? Have you kept in touch with any of the people you mention (or based your characters on), in the book, like Marina?

SIERRA: The Master of the Prado is not a book of fiction, nor an essay. It is a ‘faction’ book. A sort of fictionalized biography. I wrote it from a very real experience of encountering an old and wise man in the Prado Museum in the early 90’s. We had a very revealing conversation and from my memories of it, I developed a character which is a sort of ‘spirit guide’ of the Museum, who knows all about the ‘biographies’ of the paintings. In a way, my ‘master’ resembles the famous Belphegor – a ghost – of the Louvre Museum in Paris.

Regarding Marina, she is a real person, but I have never met her again since the time of the plotline. She just vanished from my life.

AUTHORLINK: Fascinating. Without giving too much away, did the ‘sinister’ Mister X also exist? Further, what was the hardest thing about writing The Master of the Prado? What was the easiest?

SIERRA: The hardest part was to fit my impressions of Prado’s masterpieces with the most updated theories and researches about them. And the easiest was to include my own memories of it. Most of the situations described in the book really took place. Except my encounter with Mister X. That evil character is an archetype: the portrait of those of us who have a closed mind towards the real purpose of Art. That is, the illumination of human consciousness.

“I have always been interested in the ‘other side’ of reality.”
—SIERRA

AUTHORLINK: Are you always on the look-out for inexplicable phenomena as evidence of ‘life’ outside reality as we know it? What draws you to this genre? Do you believe in ‘miracles’?

SIERRA: I have always been interested in the ‘other side’ of reality. In those aspects of History or Science linked with personal beliefs, fears or hopes. And from the study of those aspects, I find interesting stories about which to write. I have just published in Spain a book titled, ‘The Immortal Pyramid’ (Planeta) in which I unveil the night that Napoleon spent inside the Great Pyramid of Giza in 1799. The historians knew that Napoleon was there, but they never explained why. In my novel, I give this answer. From a very plausible point of fiction, of course.

And about miracles, let me say something: Miracle is a word which shows how ignorant we are about how Nature works.

AUTHORLINK: That sounds intriguing. Over the years, you have attempted to demonstrate the existence of the Golden Age of Humanity. You believe this age was extinguished about 10,500 years ago, and it was the origin of all known civilizations. Tell us a bit about this.

SIERRA: Take a tour to any ancient civilization around the world, no matter if you visit Mayans, Egyptians, Sumerians or Vedas, and you will notice that they all talked about a ‘Golden Age’ of Humanity that vanished after a climate collapse that shocked our planet. We, in the Western world, have that knowledge in the Bible. The Deluge tale talks about this.

My guess is that all those myths are based on facts. 10,500 years ago planet earth suffered a global warming, the end of an Ice Age that changed the level of the seas, and that possibly destroyed part of our first civilizations. That was a painful moment. Humanity was forced to start its evolution again. And to look for the pathways of those ‘golden humans’ of the remote past is one of my favorite tasks.

“. . . we are living in a culture where the belief in the supernatural takes a key role to understand what is really happening worldwide.”
—SIERRA

AUTHORLINK: Interesting. We refer to this quote found on your website: ”The world is critical of miracles, heeling’s, exorcisms… anything that seems supernatural.” Why do you think that is? Do you believe there are connections or coincidences, between them all?

SIERRA: What that sentence means is that we are living in a culture where the belief in the supernatural takes a key role to understand what is really happening worldwide.
Coincidences, serendipities, remind us that we still didn´t know how the Universe works. They intrigue me at most, and that’s why they are always present in my books. My first novel, The Lady in Blue (Atria), is a good example of my deep interest in them.

AUTHORLINK: Twenty years later, you state you are, “still no wiser as to why all of this should have happened” to you. Only now that you have put it all in writing, you hope that ‘’someone out there might figure out the meaning of the puzzle.’’ Has anyone come forward with explanations?

SIERRA: Good question! Yes. I have received many clues from my readers, and I am currently working on them. Hopefully, a second part of The Master of the Prado will be written in the near future with some of those clues.

AUTHORLINK: Fantastic! Have you received any criticism from Christian based churches about the assertions in The Master of the Prado?

SIERRA: No. And I think this is because every single assertion of the book is based on facts studied by scholars. When I suggest that Bosch belonged to a heretical sect is because there are several theses published about that. There is not much invention in The Master of the Prado, but much food for thought.

AUTHORLINK: Before you write your story, do you work out a plot or outline, or do you prefer to see where an idea takes you?

SIERRA: I used to start with a ‘map’ of the novel. But as it happens in real life, what you find behind the map is far more interesting than you expected. And I include this in my text, of course.

“. . . my next novel will try to solve a very, very old question: where do human ideas come from?”
—SIERRA

AUTHORLINK: What are you working on at the moment? Can you tell us a bit about it?

SIERRA: Just a few words: my next novel will try to solve a very, very old question: where do human ideas come from? Intriguing, isn’t it?

AUTHORLINK: Yes, very. We’re looking forward to it! Mr. Sierra, thank you for your time today. We wish your continued success for The Master of the Prado.

SIERRA: Thank you so much for your nice questions!

Javier Sierra, whose works have been translated into forty languages, is the author of The Master of the Prado, The Lost Angel, The Lady in Blue, and the New York Times bestselling novel The Secret Supper. One of the most accomplished authors on the Spanish literary scene, Sierra studied journalism at the Complutense University of Madrid. “El Maestro del Prado,” The Master of the Prado, spent a year on the bestseller list in Spain, gaining the admiration of art experts, aficionados, and critics. A native of Teruel, Spain, he currently lives in Madrid with his wife and two children.

You can find out more about Javier Sierra at visit www.javiersierra.com and www.thelostangelbook.com.

Anna Roins is a lawyer, previously of the Australian Government Solicitor, who also writes freelance. As a journalist, she has contributed to articles on social and community issues and edited books, websites, and dissertations.

She has continued her studies in creative literature with The University of Oxford (Continuing Education) and the Faber Academy, London.

Anna is currently writing her first novel and is a regular contributor to AUTHORLINK assigned to conduct interviews with best-selling authors. 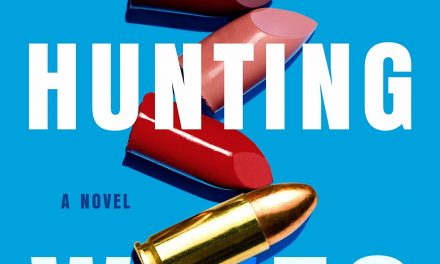 Suzanne Berne: Dont Be Afraid Of Getting It Wrong 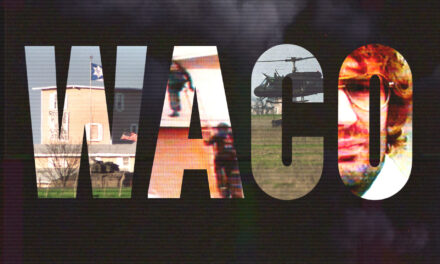