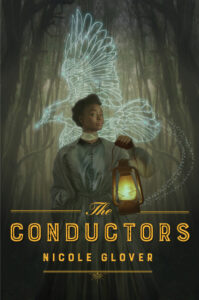 When Hetty and Benjy were conductors on the Underground Railroad much of their success was due to their ability to use magic to get the escaping slaves and themselves out of sticky situations. Despite many attempts, Hetty hadn’t found the one person she most wanted to rescue, her younger sister. Even years later, living in Philadelphia in a community of former slaves, Hetty kept hoping to find her – and her magic kept proving its usefulness. This was especially true when one of their friends was murdered, launching Hetty, Benjy, and several of their friends on a quest for the killer who had his own magic tricks up his sleeve.

AUTHORLINK: What was the first thing that came to you about this story? Was magic in your original plan?

GLOVER: This first thing was the main characters. I knew they were underground railroad conductors and my first view of them was around a campfire.  Magic was not part of the original plan. It came much later and was something I added on a lark because I hadn’t taken the story much further than the initial idea. But once I added magic, everything just came together.

AUTHORLINK: What is the background for the specific magic your characters use in your story? Are the sigils Hetty uses based on traditional signs and how they would be used? Is the difference between Hetty’s magic, sorcery and wands from a traditional idea?

GLOVER: I made a celestial-based magic system simply because I love astrology and astronomy.  It didn’t hurt that it was a natural fit with the story as the North Star commonly was used as a guide to freedom and safety. Celestial magic is a new type of magic in the book’s world, coming from a medley of influences to form something that had never been seen before.  Because it’s new, there are few rules and it is limited only by a person’s imagination.  This is done in contrast with the very traditional Sorcery which uses wands and spellbooks and has restrictions both on the magic itself and who can use the magic.  This makes Sorcery anthesis of Celestial magic, in a number of ways, including how it’s used in the book.

AUTHORLINK: How did you research the historical aspects of the story?

GLOVER: For the historical side, I reached from the early 1800s to 1877, both broadly to get the big pictures, as well focused research in Philadelphia, and contemporary persons. I utilized a great amount of library resources from books, articles, and newspapers and made two visits to the National African History Museum within the first year of its opening.

AUTHORLINK: Are the elements of this story – history, mystery, magic, astrology, etc – things that have been of particular interest to you? What attracts you to them?

“History, mystery, and fantasy… create a different lens from which a story can be viewed or told.”

GLOVER: History, mystery, and fantasy, have always interested me for they create a different lens from which a story can be viewed or told. For The Conductors, this combination was a perfect mix, because it allowed me to explore a variety of topics at once, and the freedom to explore at angles that most interested me.

AUTHORLINK: When you started writing, did you know where the story was going? Was solving a murder going to be a central idea? (Without revealing too much) Did you know the victim and the perpetrator and their relationship?

“When I write, I always have a vague end in mind that I write towards.”

GLOVER: When I write, I always have a vague end in mind that I write towards. I like to know where I’m going even if how I get there might change from my original plan. With mysteries, I like to lock down who the murderer is (plus the whys and hows) because everything revolves around the mystery and if it’s not in place, then everything else will fall to the wayside.

AUTHORLINK: What other writing have you done that helped prepare you to succeed in putting together your debut novel?

GLOVER: I have written many stories since I started writing as a child, and there were a few stories I attempted to get published before The Conductors.  They were a superhero novel, a steampunk story, a contemporary young adult novel about music, and a fantasy story using reimagined fairy tales.  These stories gave me practice in storytelling, character development, and research. These stories also gave me my first exposure in the world of publishing, so that when it came to The Conductors I knew what I was getting myself into.

AUTHORLINK: It looks as if Hetty and Benjy are going to make a career of solving murders and you already have the second book on its way. Tell us about The Undertakers.

GLOVER: The Undertakers picks up a couple of months after the first book, and starts with strange fires, secret underground tunnels, and a former case that might not be as open and shut as they previously thought.

AUTHORLINK: Is there a third in the series?

GLOVER: I can’t say much more than I have plenty of ideas I’d love to write, as Hetty and Benjy always seem to find themselves wrapped up in a new mystery!

About the author: Nicole Glover describes herself as a Gemini Sun with a Capricorn Moon. She loves obscure trivia, fun facts, and miscellaneous knowledge. She has a degree in psychology and works as a User Experience researcher in Virginia. She enjoys researching a new book as much as writing it.

Part 3: Rewriting On Your Own By Dale Griffiths Stamos 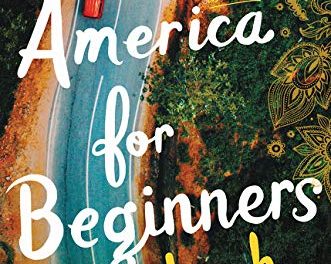 America for Beginners by Leah Franqui: An Unlikely Trio Bonds