Don Silver, Author of Backward-Facing Man Shaped by His Time

There is no disputing that writers are shaped by their times. Don Silver, author of BACKWARD-FACING MAN, is no exception.

Growing up in the 1960's Silver was fascinated with the chaos and promise of America that was played out in activism and music of the times.

At age 17, he was relieved that the war was over, but sorry to see that the energy and idealism of the times had faded.

"The America I finally entered in 1973 might as well have been a different country. . . the radical movement and leaders I'd so admired had become anachronistic, appearing more violent and extreme even as the political landscape became more liberal," noted Silver, "Worse yet, rock music — once experimental, edgy, and angry – was becoming pompous, self-congratulatory and watered down. It would be hard to understate the disappointment I felt."

For Silver, the end of the ideological era of the 60s came in 1974 with the kidnapping of heiress Patty Hearst by the Symbionese Liberation Army.

"It made a mockery of everything that came before ideologically. There was no message to their actions." said Silver.

BACKWARD-FACING MAN explores issues of lost idealism and the breakdown of radicalism through the prism of fictional writer Winnie Prescott, the story's narrator who, in a clever twist, is a childhood friend of Patty Hearst.

When Hearst and Prescott to co-author a book, Prescott is approached by Lorraine Nadia, a former radical who claims the government was behind the SLA kidnapping and violence in an attempt to discredit activists groups.

The book unfolds as Prescott pieces together the relationship between Nadia and her former lovers, local factory owner Chuck Puckman and Frederick Keane, the infamous Volcano Bomber, who remains in hiding.

The novel explores Chuck, Lorraine and Frederick's eventually diverging paths (including the birth of Lorraine's daughter Stardust); Chuck's present struggles to save his manufacturing business after an environmental disaster; and Stardust's efforts to piece together the story and search for Frederick.

"I focused on the stories of individual people rather than making this a kind of polemic," observed Silver.

The novel began for Silver with the image of a sassy thirty year-old woman on a train (Stardust) who encounters a man in his mid-fifties (Chuck) in the backward-facing seat across the aisle. Stardust is startled when the stranger says he knew her mother.

"I worked on inventing their connection and how the 60s influenced their lives. It helps that I've always been an extravagant liar," said Silver.

Intricately woven and well-paced, the story began in a much different form. "It started as a prose poem. It looked like a short story, then a novella and eventually it became a novel. I just kept writing," said Silver.

He earned a MFA from Bennington College in Vermont with a concentration in poetry after first being rejected by the program.

"Someone didn't take their slot and the director called me and asked me to join. I had the feeling that this was my shot. When I overcame my feelings of inferiority I realized that this was a gift," said Silver.

Used to writing shorter pieces, he was amazed when he reached the 90 page mark.

"It was the longest thing I'd ever written." He kept going.

Silver worked on the book from the end of 1999 through August of 2004. Part of the time he was teaching and working as a business consultant. After a diagnosis of ocular melanoma in 2002, a rare form of eye cancer, Silver decided to focus solely on writing and live off his savings. He was treated with radiation and was able to retain his vision. "After I got sick and beat it I decided I was going to write because that is what I really wanted to do."

He took the task seriously, not answering the phone while working and not taking weekends off.

"I forced myself to write every day, seven days a week for as much time as I could spare," said Silver.

He began each day by editing the work of the day before to give himself "a running start."

He edited himself mercilessly, throwing out "mountains" of material.

"I felt pretty removed from the world of publishing, so I thought the prose needed to be especially tight to get someone's attention."

"If I reached 3,000 words it was an extraordinary day. Any more than that I knew would be terrible! "

Silver, who ran his family business until it ran into financial problems and was sold in the late 90s, said writing and business both require discipline and constancy to succeed.

While he was disciplined in his process, he allowed his writing to follow his creative impulses.

"I didn't write the book in sequence. If I got stuck I started a new chapter. I didn't know where it was going, but eventually I figured it out," said Silver.

The narrator, Winnie Prescott, came into the story in his third year of writing.

"Her voice came easily. She had a personal connection to main characters and had a reason to tell the story. At the same time, she had some distance because she was a writer and a skeptic."

Once the book was completed, he looked up the names of the agents of four writers he admired. The group included heavy hitters such as Jonathan Franzen and Chang-Rae Lee. He landed Lee's agent, Amanda Urban of International Creative Management. He was walking in the woods with his dog Bohdi when he got the call.

"That was the start of an incredible year," said Silver.

At Urban's suggestion he cut a character out of the plot and began tweaking the story.

The book was purchased by Ecco, an imprint of HarperCollins Publishers, and edited by Dan Halpern.

"Dan is extremely detailed, but he never lost sight of the big picture. It was fun working with him and I felt the book got better throughout the process."

The book has been selected as one of Border's Books Original Voices selections and received a glowing review from Janet Maslin in the New York Times and from Publisher's Weekly.

For ten years Don Silver was the president of a manufacturing company in Philadelphia. In 1999, after earning an MFA at Bennington College, he left corporate life to become a full-time writer. He has four children and lives in Philadelphia with his wife, Anne and their five-month old son. 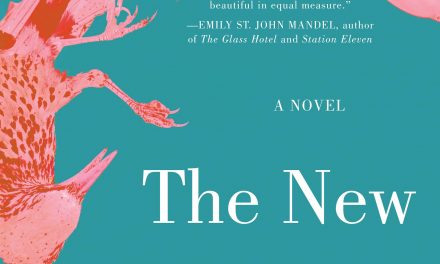