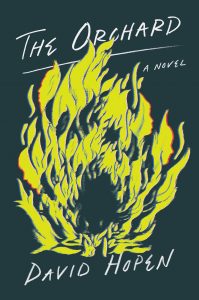 Ari Eden spent his life in Brooklyn attending a Jewish school that focused on religion until just before his senior year. Then his family moves to Florida. His new school is populated with brilliant, wealthy students engaging in studies far beyond Ari’s experience and expecting to attend top colleges. They are all foreign to anything he has experienced and he is to them. But Noah, his neighbor and the school’s basketball star, brings Ari into his circle, which includes Evan and Sophia, two of the other most popular students. They give him some sense of belonging, but also introduce him to their self-destructive behaviors. With them, Ari soars toward futures he had never thought possible, and depths he had never imagined.

AUTHORLINK: How did this story start? Where did it go from there?

HOPEN: It started with a high school student eager to explore the world around him. I had just turned eighteen, and I wanted to replicate the feeling that accompanies the final stage of youth—the yearning, the evolution, the fervor, the magnificence. At the same time, I wanted to examine the wonderful, complex, singular universe that is Modern Orthodox Judaism. And as someone who, at that time, feasted on thinkers whose stories offered questions of beauty and morality and suffering and selfhood—writers like Fitzgerald, Tartt, Lawrence Durrell—I wanted to produce a novel that was something of a literary amphibian: a book-of-ideas, a coming-of-age story, a modern tragedy, a fast-paced thriller. In reimagining the myth of the four rabbis who arrive face-to-face with God, my story found its natural form and assumed its own fierce life.

AUTHORLINK: Did a line you wanted to use come to you early on? Did it stay in the book?

HOPEN: Early pages of the novel were written years ago, while I was still in high school. And some of those lines remained intact, including one to which many readers seem to gravitate. Preparing to leave Brooklyn, Ari finishes packing and undergoes a moment of self-reflection, arriving at “the realization that, in time, we stand in emptied houses to learn we’ve never made a mark.”

AUTHORLINK: When the central character is a writer, I have to wonder how much the author has in common with him. You and Ari?

HOPEN: Fortunately, we do not have in common the pyrotechnical elements of the novel: the explosive events of The Orchard are very much imagined. Yet Ari and I do share some things. We’ve each attended yeshiva day schools—both right-wing ones and more modern ones. We’ve each seen what it is to balance ancient ritual with a life attuned to contemporary culture, and how to do so in ways that allow each domain to enhance the other. And, yes, I suppose we share an intense love of writing, reading, learning. But the similarities, perhaps, end there.

AUTHORLINK: How did you write the philosophical exchanges between the brilliant students?

HOPEN: Those conversations came naturally. Living with these characters for so long, I acquired a developed sense of how they each thought: what made them laugh, what broke them, what set their minds aflame. Envisioning their discussions on Kant or Maimonides—or, for that matter, the Miami Heat—became second nature.

AUTHORLINK: Was there any concern about the Jewish terms throughout the book being unfamiliar to readers?

HOPEN: To be honest: no. The book portrays a particular subculture, but it does so as a means of posing universal questions. Largely speaking, those terms were contextual, and in some sense no different from pulling from the Western canon. And after all, what proves more timeless than the plunge into adulthood? Readers from every background identify with what it means to come of age, to try desperately to belong, to fall in love, to seek out a new life. In the end, these terms aim to heighten this phenomenon, to construct a universe capable of containing multitudes and transporting readers into higher moral terrain.

AUTHORLINK: Was your title always The Orchard? How does that best represent your book?

HOPEN: This was my original title, all those years ago, when I first began jotting down prehistoric pages. And it was the title that endured, save for a brief interlude toward the end of my collegiate career. I think it’s a title that conjures mystery and sleekness and Biblical weight, while also functioning as an ode to the meta-myth from which this novel emerges.

AUTHORLINK: It seems as if most of your characters should be well-satisfied with the lot life has dealt them (exception Evan), yet they engage in risky, self-destructive behavior on a regular basis. What do you think motivates them to act out?

HOPEN: As Evan reemphasizes throughout the novel: determining how someone feels—or what they deserve—involves tricky calculus. These are hyper-intelligent, high-achieving characters, animated by ambition and charisma, and yet they each experience yearning, loss, change. Suffering, as the novel makes vivid, arrives in many forms. How we cope, how we exhibit empathy, how we reckon with financial disparities and tradition and family—these are critical challenges navigated by this collection of characters during a rather pivotal year of their lives.

AUTHORLINK: Sophia gave Ari the nickname Hamlet because of a causal quote. It seems as if there are ways it might better fit Evan. Could it? Or who might fit them?

HOPEN: Ari inherits what Hamlet calls “my heart of heart”—inwardness, eloquence, anxiety, but also aesthetic dignity deriving, in part, from a moral imagination and a roaring sense of consciousness. Whether Evan lays higher claim to the legacy of Hamlet is a question I leave to my readers.

AUTHORLINK: What do you think is the appeal of tragedy?

HOPEN: On the first day of school, Ari and Sophia offer dueling visions of tragedy. Ari claims tragedy uplifts, casting us in nobler light. Sophia dissents: in her mind, tragedy flattens. This novel attempts to visualize each model in motion—and to offer a third theory, one that combines the imaginations of Ari and Sophia into something else entirely.

AUTHORLINK: What would you want your readers to gain from your story?

HOPEN: An ability to inject literary awe and renewed meaning into our modern world.

HOPEN: My second semester of law school. A new novel. Some other exciting writing opportunities. And, maybe, getting a bit more sleep.

About the Author: David Hopen was raised in Hollywood, Florida in a warm Jewish community very much unlike the one in his book. He graduated from Yale College, earned his master’s degree at Oxford and is attending Yale Law School. The Orchard is his first novel.

Jennifer Close Draws from Experience in Portrait of Politics and Marriage 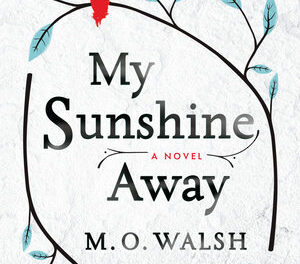