Interview: In the Land of Men, Women Need Not Be Victims 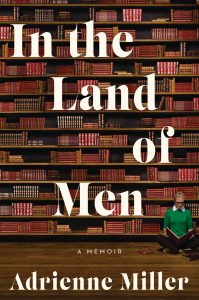 IN THE LAND OF MEN

Once in a while a book comes along that accomplishes more than yelling and screaming about the social issues that divide us.  IN THE LAND OF MEN actually offers us a way to cope with our weaknesses with grace and understanding.  Not all women need be victims, nor all men need be labeled monsters.

“…a way to cope with our weaknesses with grace and understanding.”

IN THE LAND OF MEN is Miller’s stunningly honest and beautifully written memoir about coming of age in the rapidly changing literary world of the late nineties, and her editorial, romantic, and intellectual relationship with David Foster Wallace, the literary icon and Pulitzer Prize nominee who later committed suicide.

In this candid Authorlink AUDIO interview, author Adrienne Miller shares her thoughts on creative personalities and the inner workings of the publishing business. She also discusses her relationship with David Wallace, his self-divided, damaged personality and lack of trust and hope.  Adrienne then faces her own shortcomings with refreshing courage and honesty.

At age 25, Adrienne Miller was the first female literary editor at the storied male magazine, Esquire from 1994 to 2006. The literary landscape was shifting away from the unquestioned authority of literary kings. (“Great Male Narcissists” as Adrienne and then friend Wallace called them).

The young Midwesterner girl had landed her first dream job at age 22 and moved to New York as an editorial assistant for GQ (Gentlemen’s Quarterly). Struggling with fear and imposter syndrome, three years later she gained the courage to pester her way into Esquire. There she worked with literary giants who submitted work for inclusion or review in the most prestigious male magazine of its day. Agents told her she was unqualified for the job, and she was confronted by the toxic patriarchal power structure of an old-school media company. Adrienne not only survived sexual harassment and unequal pay, she learned to thrive.

One of her initial tasks was to work with Wallace, whose magnum opus, INFINITE JEST, had come out the year before, catapulting him into a bonified literary celebrity.

Through all the challenges, Miller maintained her wry sense of humor and a sardonic self-awareness about the absurdity of her situation as a “mere girl” inside Esquire, home to the male writers who had defined manhood itself.

Through the lens of her current perspective, but with compassion for her younger self, Adrienne Miller details in IN THE LAND OF MEN how she grappled with the responsibility of deciding what fiction could and should be published by the magazine whose pages had held the work of Norman Mailer, Tom Wolfe, and Ernest Hemingway—an incredible history, dominated by male, white authors. A young feminist, Miller
“became accustomed to protecting brilliant, narcissistic, charismatic, fiercely ambitious men” who, she couldn’t help but notice, never quite thought about extending the same protection to her.

“…David Foster Wallace would become the defining voice of a generation …”

A decade older than Adrienne Miller, the mercurial David Foster Wallace would become the defining voice of a generation and the fiction writer she would work with most as literary editor of Esquire. He was her closest friend, confidant—and antagonist. Their intellectual and artistic exchange grew into a highly charged professional and personal relationship between the most prominent male writer of the era and a young woman finding her voice. This is a candid portrait of the man behind the spotlight, and an account of one woman’s education IN THE LAND OF MEN.

The book is a gift to men and women alike in our universal struggle to become decent human beings.

Praise for the book:

“Funny and shrewd . . . Miller offers a keen and caustic take on the literary universe at a crossroads . . . Her
musings on the ‘psychologically intimate’ work of an editor are enlightening; her passages recounting blatant
and insidious sexism are bracing, and her disclosures about her relationship with Wallace are cathartic.
Miller’s love for language and faith in the power of art deepen this finely composed, forthright, witty, and
involving memoir of one woman’s triumph in the competitive literary cosmos.”— Booklist

“[A] sharp blend of memoir and cultural/literary history . . .”

“[A] sharp blend of memoir and cultural/literary history . . . Miller exhibits a particular adroitness in her
ability to re-create, with at times biting humor, various events and interactions in her career and relationships
. . . A refreshingly relatable memoir from a gifted, intellectual writer.” – Library Journal

IN THE LAND OF MEN (Ecco Hardcover; February 11, 2020; 978-0062682413; $28.99; 352 pages) is Miller’s
stunningly honest and beautifully written memoir about coming of age in the rapidly changing literary world
of the late nineties, and her editorial, romantic, and intellectual relationship with David Foster Wallace.

Adrienne Miller was the literary and fiction editor of Esquire from 1997-2006. She is the author of the novel The Coast of Akron. She lives in New York City with her husband, son, and Italian Greyhound. To learn more, please visit AdrienneMiller.com.

IN THE LAND OF MEN: A Memoir

Additional Praise for IN THE LAND OF MEN
“Adrienne Miller has written an homage not just to the heady last days of legacy publishing and the
mercurial, madcap vicissitudes of 1990s New York. She has brought us eloquently back in time to a pre-
digital, less mediated, more forgiving but also more brutally uncompromising era. In The Land of Men is
about being the only woman in the room. But, beyond that, it’s about the magic of rooms themselves. It’s a
revisiting of life before the age of ubiquitous screens, when we shared physical space—sometimes
uncomfortably and sometimes ecstatically—with our heroes and our nemeses alike. I was thrilled to make
the trip.”
— Meghan Daum, author of The Problem with Everything: My Journey Through The New Culture Wars

“Adrienne Miller’s In the Land of Men is the memoir I’ve been waiting for: a bold, incisive, and illuminating
story of a woman whose devotion to language and literature comes at a hideous cost. It’s Joanna Rakoff’s My
Salinger Year updated for the age of She Said: a literary New York now long past; an intimate, fiercely
realist portrait of a mythic literary figure; and now, a tender reckoning with possession, power, and what Jia
Tolentino called the ‘Important, Inappropriate Literary Man.’ A poised and superbly perceptive narration of
the problems of working with men, and of loving them.” — Eleanor Henderson, author of 10,000 Saints

“Adrienne Miller did not merely find herself in the midst of a bright, innovative, challenging, unforgettable
moment in literary culture: she made it happen. It was easy to miss that then, given all the attention paid to
the brilliant writers, mostly men, that she discovered, nurtured, and endured. But now, with ferocious humor
and honesty she conjures once more that Narnia-like world of books before blogs, magazines before the
internet—capturing all its giddy verve, and all its frank injustices with her own unmatchable taste and wit at
the dead center, where it always belonged.” — John Hodgman, author of Medallion Status

“Adrienne Miller’s voice is lucid and remorseful, and she’s brought us a beautiful, painful book, a tender
dissection of elusive subjects up to and including the passage of time and youth itself.”
— Jonathan Lethem

“An incredible guide to a ridiculous era and its outrages. Many will praise Miller&#39;s ability to bring a time and
place to life, but I would also like to add that this book is very, very funny.”
— Gary Shteyngart, author of Lake Success

“Movingly recount[s] the sexism she endured . . . . Miller&#39;s experience as a woman at a male-dominated
magazine is unique.” — Kirkus Reviews

Writing Is How David Corbett Makes Sense of His World 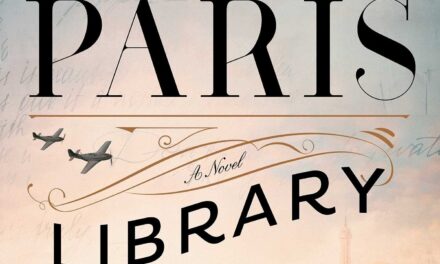 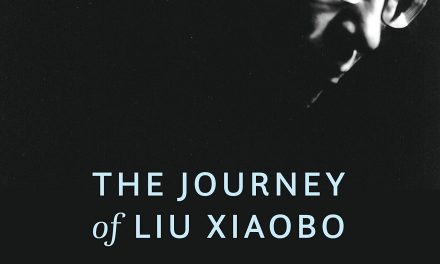