The Collector’s Apprentice, a Tale of Obsession 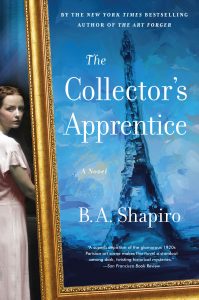 An exclusive AUTHORLINK interview with B. A. Shapiro

The New York Times bestselling author of The Art Forger and The Muralist, B. A. Shapiro returns with another unforgettable tale about the lengths to which people will go for their obsession, whether it be art, money, love, or vengeance.

Set in the 1920s in Paris and Philadelphia, The Collector’s Apprentice reimagines the life of Mr. Albert C. Barnes, the eccentric, early 20th-century American collector and his collaborator, the Parisian-born Violette de Mazia with a few intriguing, murderous twists. The real Barnes amassed astonishing works by Henri Matisse, Pierre-August Renoir and Paul Cezanne with for his private Philadelphia museum, the Barnes Foundation.

The Collector’s Apprentice is a great, summer read; fascinating and fun.

AUTHORLINK: Ms. Shapiro, thank you for joining us here on Authorlink to discuss your writing and The Collector’s Apprentice; your third – in what you’ve now made your own – historical-art thriller novel. The story is set in the 1920s in Philadelphia and Paris and inspired by Albert C. Barnes, a brilliant and eccentric collector and his intriguing assistant, Violette de Mazia, as the backdrop for this page-turning mystery.

We understand you were inspired to write this story years ago when you visited the Barnes Foundation in Philadelphia, an art collection housed in a beaux-arts mansion with some of the best works of post-Impressionism in the world. Can you tell us a bit about that?

SHAPIRO: The first time I stepped into the main gallery at the Barnes, I was dumbstruck. As I listened to the guide talk about Barnes and Violette, I turned around in a circle, taking in works by Matisse, Picasso, Cezanne and so many of my favorite post-Impressionist artists. Even though I was in graduate school pursuing a degree in a completely different field, it occurred to me that someday I’d love to write a book about Barnes, Violette, and artists who produced these amazing works. Thirty-five years later I finally did.

“Ideas strike me quite frequently. So frequently that I have a folder cleverly named ‘Novel Ideas.'”

AUTHORLINK: That’s brilliant. How often does an idea for a story strike you, and what kinds of stories inspire you to write a novel that you’d like to read? Do you note them down somewhere or just store them in your head until it’s time to write them?

SHAPIRO: Ideas strike me quite frequently. So frequently that I have a folder cleverly named “Novel Ideas.” Ninety-five percent will never get written.

AUTHORLINK: No time I suppose! You had been writing for most of your adult life, having gone from a struggling writer of thrillers to a blockbuster literary novelist when you published The Art Forger (2013), your first break-out novel (despite being your sixth novel published overall). It was inspired by the art heist in 1990 at the Isabella Stewart Gardner Museum in Boston and became a New York Times best-seller. You then followed it up with The Muralist (2015), also a national best-seller, about a young painter supported by Eleanor Roosevelt who went missing in 1940. Now we have the pleasure of reading, The Collector’s Apprentice about the art world and the Barnes Foundation, overlaid with mystery, murder, and romance.

In your career, you have also written a few screenplays with some based on your novels. How did they come about? How would you describe the difference in writing a screenplay compared with writing a novel? Which of your novels do you believe would translate well into film?

“Frankly, I think all my novels would translate well into film, as they’re all plot-driven and visual.”

SHAPIRO: Frankly, I think all my novels would translate well into film, as they’re all plot-driven and visual. That said, many, including The Collector’s Apprentice, would be expensive due to their historical nature. For me, the biggest difference between writing screenplays and novels is the point of view. In a novel you are inside the character’s head, see the world through their eyes, and have access to their thoughts. In a screenplay, the point of view is godlike, standing above and seeing all but having no access to thoughts. It creates a completely different kind of storytelling.

AUTHORLINK: That’s interesting, thank you. As mentioned above, you persevered for many years before you reached your current level of success.

In your opinion, how do you think you evolved creatively from your first novel to The Art Forger, and what do you believe makes a great agent and editor in this competitive, self-publishing, day and age?

SHAPIRO: They say you need 10,000 hours to master a skill, so I was putting in my hours – although I wouldn’t say I’ve mastered novel writing, I don’t think anyone has. To me, the most important thing in an agent or editor is that they love your book. The second is that they respect your ownership while working with you to make it the best book it can be.

AUTHORLINK: Do you think if the protagonist is female in a story, there’s a silent expectation to make them likeable? Would you agree that it’s more important the character elicits empathy in the reader, rather than likability?

SHAPIRO: This likeability thing makes me nuts. Think of all the male characters, particularly in thrillers, who do all kinds of horrible things and no one cares. But I like your distinction between empathy and likeability, and perhaps that’s a better way to think about. Still, as in almost every other arena, this type of bias still holds.

AUTHORLINK: You’re a very organized, structure-first kind of writer. Does that mean that after you’ve done your research, you plot out the whole novel before you start writing? How often does the plan change from the original beginning, middle, and end that you envisaged? Could you ever write a story without knowing the ending and just see where an idea takes you?

“I can often tell when a novel hasn’t been plotted out as the end just dribbles away.”

SHAPIRO: When I’m roughing out a novel, I do a combination of plotting – using lots of multicolored file cards – research and initial stabs at a narrative. Before I seriously start in, I need to know how the story ends, that there’s a way through to it. That said, it then changes up to a dozen times before I give it to my editor. I tried to write a novel without knowing where it was going and failed utterly at the task.

I can often tell when a novel hasn’t been plotted out as the end just dribbles away. It’s as if the author painted herself into a corner and threw up her hands. This drives me crazy.

AUTHORLINK: Yes, we can see that. Which actors would you like to see playing the lead characters from The Collector’s Apprentice?

SHAPIRO: I’m not much of a pop culture person, so this is a hard one for me. If any of my novels get made into movies, I’ll just have to trust the director to do this part. And won’t that be fun?

AUTHORLINK: Very much! Do you have a special time to write or rituals that you undergo before you start? Do you write every day, seven days a week? Or do you aim for a set number of words/pages per day/week?

SHAPIRO: I basically write whenever I can. As I have no hobbies, this means that aside from the time I spend with my family and friends, I pretty much write. It doesn’t matter if it’s Monday or Saturday, what hour or the number of words or pages.

I one thing I do care about is that I have at least a three-hour stretch to work. Of course, this last goes by the wayside if I’m under a deadline.

AUTHORLINK: We heard you’re currently working on a novel that is completely different from anything you’ve ever written before. It takes place in the present day and has seven viewpoint characters who are linked through a medieval-style building in Cambridge, Massachusetts. Can you tell our readers a bit about it?

SHAPIRO: The working title is Metropolis, the name of the self-story building where the seven very different characters meet. Each individual has a story and then there’s an eighth story that ties them all together, which is the mystery element.

The biggest change for me is that the initial idea was thematic. I’m a sociologist and I’ve always wanted to write a book about class in America – not the rich vs. poor piece, but the impact of the class you’re born into has on your life chances. That said, this theme is subtle – I hope – and stays well beneath the plot and characters, but I hope this is what will make the story thought-provoking. And hopefully, a good book group read.

AUTHORLINK: It sounds intriguing! We’re looking forward to it. What is the hardest thing about writing for you? What is the easiest?

SHAPIRO: Hands down, plotting is the easiest thing for me. My first few drafts are plot driven, and then I go in on later drafts to deepen the characters and find the exact right words. These later stages do not come easily to me.

“Hands down, plotting is the easiest thing for me.”

AUTHORLINK: That is fascinating. Ms. Shapiro, it was such a pleasure chatting to you today; thank you so much for joining us on Authorlink!! We wish you the all best and your continued success!

SHAPIRO: It’s been a pleasure on my end also. I can’t thank you enough for your insightful questions and the chance to talk with your readers.

About the Author: B. A. Shapiro is the New York Times bestselling author of The Muralist and The Art Forger, which won the New England Book Award for Fiction and the Boston Authors Society Award for Fiction, among other honors.

Her books have been selected as community reads in numerous cities and translated throughout the world.

Before becoming a novelist, she taught sociology at Tufts University and creative writing at Northeastern University. She and her husband, Dan, divide their time between Boston and Florida. 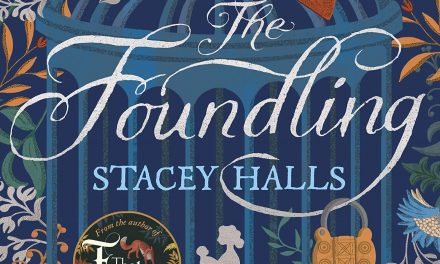 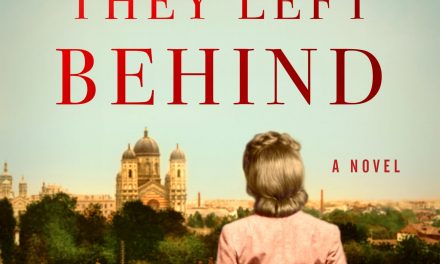