ISBN: 0765303434 Throughout his long and successful creative career, Frank Corsaro has served as a stage director, and as artisitc director for both the Juilliard Opera Center and the Actor's Studio in New York City. But at age 70, he has once again reinvented himself-this time as a debut novelist. In the summer of 2003, his book, KUNMA, at last was released by Tom Doherty Associates, an imprint of St.Martin's Press.The book is steeped in the myths and legends of the Tibetan Book of the Dead. Fictional hero, psychiatrist Dr. Sussman, believes he has seen it all only to become stalked by murder and madness that lead him to a conclusion his sanity refuses to accept. In this interview, the author explains how the book came into being, and his somewhat arduous road to publication.

AUTHORLINK: Where did the idea for KUNMA originate?

CORSARO: I had a strange interesting series of incidents in my life, and when I put them together they added up to this fictional work. Curiously I really started thinking about the book many years ago, when I first went to Italy and visited the Michael Angelo museum. My reaction was bizzare. I kept thinking of the Sistine Chapel as a cartoon and I couldn't understand why. The next day I visited the Vatican in Rome. Visitors were allowed to look at the Piata, the great statue that had been vandalized, then put back together for public viewing. I was in line, and as I looked up at it, I was awe struck.

Twenty years later, my wife and I visisted a guru, a Mr. Grieffe, and in the middle of the session, the seer said, 'You were once a painter in Italy, not as good as Michael Angelo. You hated his guts.' There was a guy telling me something remarkable. I was stunned. I had three more sessions with him. On the third visit, he told me that he had been called in on a strange case in which a man lay in the hospital in a coma, speaking in an undecipherable tongue. Mr. Grieffe remained by his bedside and finally the man spoke. In reality the patient was talking about a previous life in which he had been burned to death in a ceremony in India.

The details of these strange events began collecting in my mind. Finally, I myself was seeing the guru David Greenbaum, after whom I patterned the hero of the book. He was doing Kundalini exercises, the India practice of raising energy and moving it around in your body. As I joined him, I smelled exquisite roses, beyond roses. I began to see something between myself and the guru. I saw a carpet, a candle, voices speaking in another room. Then the amazing smell and vision disappeared. The guru asked me to describe what I saw. I said I was in Tibet, in another time, as some other individual. All of these factors began pulling themselves together in a story outline. I began researching about the mysterious country I had seen in the vision and was amazed that I knew exactly where to go to collect the information I needed, then the plot for the book began to develop.

"I finally gave up and put the work on the shelf for about two years." Corsaro

AUTHORLINK: When it came time to find a publisher, what happened?

CORSARO: I originally gave the manuscript to Avon. They loved the work. I had published several other nonfiction books, but never fiction. When it came to the editing stage, my editor was let go from his post and all the properties he handled were dropped. I was allowed to keep the advance without prejudice.

The editor moved to Random House, but when I approached him, he wanted nothing to do with old projects. So I showed the work to five or six other houses. The story didn't neatly fit the thriller category Nor did it fit mystic religion. I finally gave up and put the work on the shelf for about two years.

Then, I met the well-known author Chelsea Quinn Yarbro who shared my love of music. At the time, I was directing operas. I sent her a fan letter and mentioned I had written a book with an occult background. She felt the book was publishable and introduced me to an ace editor, Pat LoBrutto. He pulled the book together in a short period of time. It was Pat who found my publisher, Tom Doherty, and the book was released in June 2003.

"Marketing is an ongoing process, and it's largely up to the author these days." Corsaro

AUTHORLINK: How has the book been marketed?

CORSARO: I discovered that unless you are Harry or Hilary, publishers don't put big budgets behind mid-list titles. So, I began a small campaign of my own and contacted a number of editors and reviewers. The biggest problem for a first time author is getting journalists and reviewers to do as they promise. Every day, my wife and I send out several review copies. Marketing is an on-going process, and it's largely up to the author these days. I hadn't realized this before the book was published.

CORSARO: I have an extensive background in opera and theatre, so I continue directing plays and operas. I have finished two new plays and two new film scripts. One of the film scripts is being produced in Denmark where the work was set. I am fascinated with possibility of continuing to write as more than a hobby. Pat LoBrutto suggested that I do another book. So, I have begun plugging away on the second one while working to boost recognition of the first title.

AUTHORLINK: How does it feel to be published at age 70?

CORSARO: I have always had propensity to write. Now that this novel is published I can put more of my energies into the profession. For me this is a new creative outlet, a new horizon, and that's exciting. I refuse to give up. I recently had a book signing at Juillard, where I now teach several days per week, and the signing was very invigorating. Also, my book store signings have gone very well.

"Ask yourself,'Why should I be in this profession?'" Corsaro

AUTHORLINK: What advice would you give to those still struggling to become published?

CORSARO: Whether you're an actor, a singer or a writer, you must have that special need to express your voice. If you are not passionate about that then you are not working to your best advantage and should choose a different profession. Ask yourself, 'Why should I be in this profession?' And also ask, 'Why should the audience want to read or see my work?' What can you offer that's individual and unusual? Why would I, as a reader or spectator, want to pay money for this work or performance? In the end, if you have a real need to get a story down on paper, no one will deter you.

NOTE: Frank Corsaro lives in New York City. He and his wife, Mary, have one son, and they have recently become grandparents. 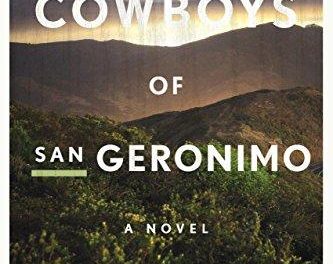