Mary Toft; or, The Rabbit Queen

One day in 1726, Mary Toft started giving birth to rabbits. Well, parts of rabbits, confounding the local physician, John Howard, and even physicians sent by the king from London to investigate this strange phenomenon. To make things even more peculiar, Mary’s birthing came shortly after Nicholas Fox’s Exhibition of Medical Curiosities had visited their small town of Godalming. Both events left Dr. Howard and his young apprentice, Zachary, wondering if they could believe their eyes. Eventually, the Tofts and all the medical personnel are summoned to London, where ever-growing crowds await the next birth. Among them is Fox’s daughter, Anne, who had already begun to fascinate Zachary when he had first met her in Godalming. With Anne, and another physician’s apprentice, Laurence, Zachary learns more about life in the city than he would like to know.

AUTHORLINK: How did you come across the story of the Rabbit Queen and what led you to write it as a novel?

PALMER: I came across the story in a course in grad school at Princeton, a seminar on 18th-century literature called “Representations of the Improbable.” The Toft case was mentioned in a class and I just sort of filed it away in my memory—over the intervening years I collected material that was loosely related to the case until it occurred to me that I had enough to actually write a novel, one that would be an interesting, compelling story, with some characters that’d be fun to write and an intriguing, colorful setting.

AUTHORLINK: Your story deals a lot with truth and perception. Can you elaborate on that?

“Well, I’m largely concerned in this book with the question of whether truth is something external…”

PALMER: Well, I’m largely concerned in this book with the question of whether truth is something external to our minds that we use our limited senses to perceive, or whether truth is a matter of consensus among groups of people. If the latter is true, does that make it possible to gather in groups and collectively deceive ourselves? What are the consequences of such self-deception? If enough people are willing to participate in such self-deception, are there cases where there are no consequences for this at all?

AUTHORLINK: And speaking of truth, as I understand it, much of your story is fictionalized, as needs to be the case in historical fiction. How did you make some of your decisions in blending facts and fiction?

PALMER: I stuck to the rough outline of the Toft case, though I made a number of changes designed to make the narrative more readable as a novel—changing locations; condensing characters; and so on. I also made some decisions that would be off-limits if I were writing straight history—inventing the thoughts of characters, for example, or describing their motivations. So, the story as told here isn’t true, but it’s, one might say, true enough.

AUTHORLINK: Without giving anything away, can you say if the way the strange case was resolved happened mostly as it does in the story?

PALMER: I’d say it was largely resolved as I depicted it, though as mentioned above I’ve streamlined events and invented character motivations and situations. Some of Mary Toft’s dialogue in the closing chapters is taken directly from the historical record. But many aspects of the ending—most of the very last chapter, for example—are wholly fictional.

AUTHORLINK: Another aspect you bring out is how people perceive one another. For instance, a two-headed woman or two women with one body. How does your story make us think more about this?

“Is the identity of a person something they carry around inside themselves, so to speak…”

PALMER: This is related to the question above about truth and perception. Is the identity of a person something they carry around inside themselves, so to speak—something that other people attempt to perceive? Or is identity a matter of consensus? Are we what we think we are, or what other people agree we are? If the latter is true, what consequences does that hold for us?

AUTHORLINK: What kind of research did you do to recreate 1726 Godalming and London?

PALMER: A lot of reading, ranging from general surveys of English history to secondary works specifically about rural and urban England in the 1720s, to texts published during the 1720s in order to get an understanding of subjects like the state of medicine at the time, or of finance, or English cuisine. (The recipes that are made throughout the novel are all from cookbooks that would have been available to people in the 1720s, e.g.)

AUTHORLINK: How was writing and selling your third book different from your first?

PALMER: It was easier in some ways because I already had a publisher I wanted to work with, and an editor who was interested in the project—I didn’t have to go through the whole long effort of trying to find a home for a book as an unknown writer. But it was harder in some ways because I’d never written historical fiction before, though I had written speculative fiction, and (it turns out) both genres use a similar skill set. (In both, the author is describing a world that neither author nor reader has seen firsthand.)

PALMER: I’m taking a break right now! I’m deciding between projects, but at the moment I’m going to continue to enjoy the feeling of being done with something.

About the Author: Dexter Palmer’s first novel, The Dream of Perpetual Motion, was selected by Kirkus Reviews as one of the best fiction debuts of 2010. The San Francisco Chronicle, GQ, and other publications chose his second, Version Control, as one of the best novels of 2016. He lives in Princeton, New Jersey. 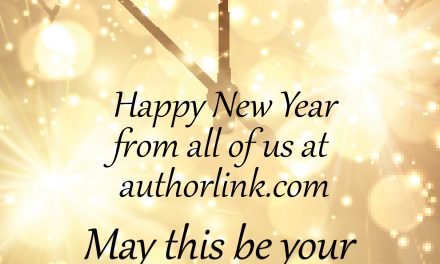