The Chef’s Secret by Crystal King 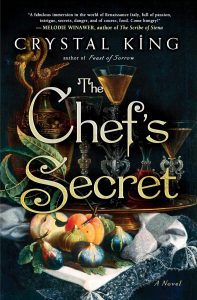 Crystal King’s historical novel, “The Chef’s Secret,” is a fictional story based on a true character, Bartolomeo Scappi, who served as the Vatican chef during the 16th century Italian Renaissance. From Scappi’s original cookbooks and her extensive research on the popes and cardinals for whom he worked, King reveals opulent and, often, less-than-honorable behavior within the Vatican walls.

In the novel, the Scappi character unexpectedly falls ill and dies. His apprentice and nephew, Giovanni, is shocked, by the wealth his uncle had amassed as chef, and also that he was the primary inheritor. Among his new possessions Giovanni discovers Scappi’s coded private journals.

Giovanni doesn’t burn them as instructed, but instead begins to decipher his uncle’s life. He discovers he is actually Scappi’s son and his father had been involved with woman from a noble family, a social class relationship deemed a crime during this time period. His parents protected their secret by any means, even murder.

Unfortunately, Giovanni is not discreet with this volatile information; he shares it with his female lover and recklessly hides one of the journals inside Scappi’s recipe box. But Scappi’s former apprentice, and nemesis, arranges for the recipe box to be stolen. The journal falls into wrong hands, and King concocts a suspenseful story. Soon, vendettas against his uncle are resurrected and unleashed against him.

It’s not a meant as scholarly novel, but merits recognition for historical details on the Vatican and its occupants, and also architectural details of Roman estates. Also engaging is how King incorporates the Great Comet of 1577, observed on earth for 74 days. “In the days after Bartolomeo’s death, the comet grew larger,” she writes, detailing pilgrimages and other events triggered by the comet.

Many of the characters in the novel actually existed, such as Giovan Battista Bellaso, who was an Italian cryptologist, so it’s interesting to learn about them. King also dwells on cuisine, as she describes savory dishes prepared and elegantly served at the Vatican. Read it for the fiction and intrigue, but stay for the food.

The Set Up Man by T. T. Monday 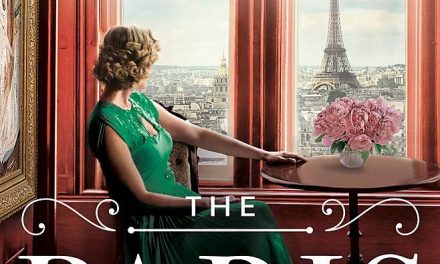