Review: The Receptionist by Kate Myles 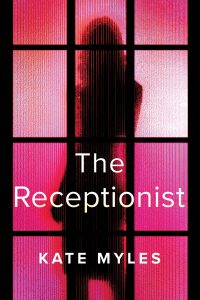 There are no heroes in Kate Myles’ novel, “The Receptionist.” Instead, her main characters are despicable, greedy and inhumane people whose sole aim is “monetizing the population” by illegally collecting medical data to sell products.

Three characters comprise this sordid story triangle. Emily, a talent agent, will go to any lengths to continue living a glamorous lifestyle with her wealthy husband, Doug who owns a Market Research Firm — and he’s having a love affair with his receptionist, Chloe.

As the drama unfolds, Emily is planning to launch an “app-store” where her major client, TV celebrity and psychiatrist, Dr. Maryn, would endorse anti-depressive drugs for children. Under the deal, the pharmaceutical company would sell their “dosing apps” exclusively in Dr. Maryn’s store.

But Doug has a better idea for making money: Develop a head sensor that would “pick up electronic activity in the brain,” also to sell on Dr. Maryn’s site. This device would be marketed as a “wellness tool” to measure stress levels. The data gathered, like medical data, would be used by Doug’s marketing company.

On the surface, Doug and Emily appear as the perfect couple ready to have their first child. But there is a dark side. While Doug is giving TED-talks as a successfully-reformed drug user, he is actually secretly back on drugs and is a serial philanderer. Meanwhile, Chloe, one of his many relationships, is not someone to be ignored. She also has a secret, even violent, past.

Myles has tapped into a noir genre with despicable characters prepared to commit any crime to grasp wealth, power and love. It’s a fast-paced, gripping tale with an awareness the ending to this drama is going to be tragic. One plus for this novel, and Myles, is her creative themes, using current technology as the backdrop, amid suspicions about pharmaceutical companies involved in sale of narcotics. 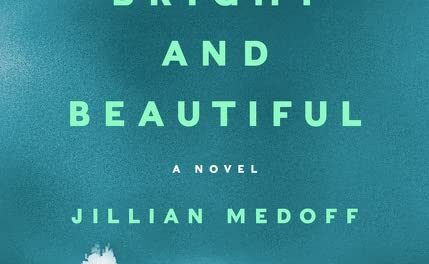 Book Review: When We Were Bright and Beautiful by Jillian Medoff

South by Southeast by Blair Underwood