Review: Piglet: The Story of a Deaf, Blind, Pink Puppy and His Family by Melissa Shapiro DVM 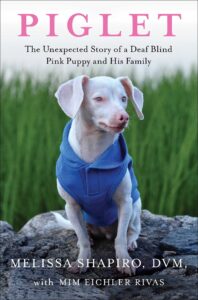 Piglet: The Story of a Deaf, Blind, Pink Puppy and His Family

Melissa Shapiro’s love for animals shaped her career choice from an early age. Establishing her own veterinary practice enabled her to help animals of all kinds, which in turn extended to her supporting re-homing, fostering and adoption programs for pets. It was through one of these ventures that she met a little “double-dapple” puppy, a deaf and blind dog initially named Bart. The result of cross breeding, his pink coloring gave him his new name of Piglet. Due to his condition Piglet had many challenges to face, yet it soon became obvious that he was up to the task of dealing with the world on his own terms.

Full of warmth, humor and compassion, this book should be a must-have on every classroom shelf.

The book follows the extraordinary relationship between Piglet and his human family and friends. Using his keen sense of smell, Piglet is capable of identifying individuals and negotiating his environment through a scent “map.” He enjoys learning commands through scent and a tap method of communication developed and refined by Melissa over time. As his capabilities increased, Piglet became an ambassador and example of how both animals and humans alike can overcome terrific odds to become a fully functioning individual with love, empathy, and kindness. Piglet’s fame spread like wildfire throughout social and mainstream media to the point the Piglet Mindset has become a worldwide phenomenon, earning plaudits from educators everywhere.

In Piglet: The Story of a Deaf, Blind, Pink Puppy and His Family, Melissa Shapiro shines a much needed light on the nature of disabilities and the ability of humans and animals alike to overcome them. Full of warmth, humor and compassion, this book should be a must-have on every classroom shelf. 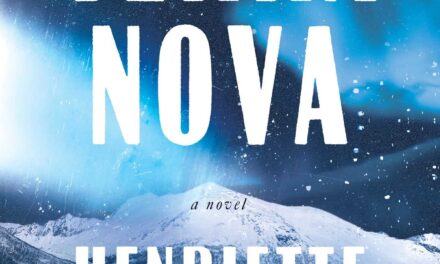 Scream For Me by Karen Rose

The Prey by Tom Isbell