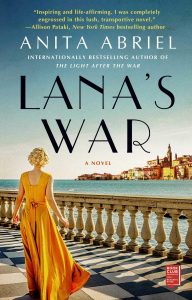 Anita Abriel’s novel, Lana’s War, riffs on dark history, during a time of genocide of Jewish people by the Nazis during World War II.

Near the end of the war, protagonist Lana Antanova, living in Paris, joyfully runs home to tell her husband she is pregnant. Instead, she shockingly witnesses his murder by the Gestapo, who have discovered he is hiding a Jewish child in his piano. After the loss of her unborn child, she joins the Resistance on the French Riviera posing as a Russian countess, in support of Hitler. In her role, she meets with Germans, expressing her expectation of returning as Russian royalty after the war.

…more a romance tale than a serious historical novel.

Her social encounter with the man who killed her husband, and her reckless actions jeopardizing the Resistance’s plans for transporting Jewish children across the border into Switzerland, form the tension needed to move the story along. But her character inconsistencies are not credible. One moment Antanova seems clever, but at the same time she sneaks into Old Town to visit a Jewish woman and her child, putting them at risk. And she ignores warnings that she is being followed there, because a countess shouldn’t be in lurking in alleys in Jewish neighborhoods, but instead should be frequenting casinos.

The story is more a romance tale than a serious historical novel. While working as a spy, Lana falls madly in love with Guy Pascal, who is her contact and host. But her loyalties waver. Although she loves Guy, she is ready to abandon the search for him when he goes missing, and escape to New England with another man she does not love.

The author depicts Lana as such a beauty no man could resist falling in love with her, even comparing her to Anna Karina. It’s all a bit much but the novel does have one attribute: Abriel’s vivid images of the French Riviera. 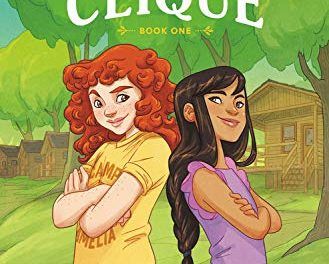