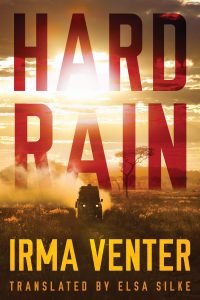 Translated from Afrikaans, Irma Venter’s thriller,“Hard Rain,” takes the reader on a roller coaster ride. It begins as Alex Derksen, a newly hired AP correspondent who has never left the borders of South Africa, has been assigned to the port city of Dar es Salaam, Tanzania, where he becomes entangled in a murder case.

Upon his arrival Derksen meets Ranna, a freelance photographer and is smitten. “That is how it is. That’s how you fall in love: in a flash,” Alex says, as he accepts his fate. Ranna grew up in the USA, but her mother is South African and her father Israeli. She’s a striking, exotic figure, more than six feet tall.

Alex’s and Ranna’s romance evolves as they work professionally on a major story about heavy rains in Dar es Salaam. But news outlets aren’t excited with daily reporting on the weather, that is, until three beach resort homes at Oyster Bay, wash away, including the home of an USA tech billionaire. Days later, Ranna and Alex walking along the beach, discover his body that has washed ashore. They immediately become suspects.

. . . offers insight into the around Tanzanian environment and culture.

Alex senses Ranna knew the billionaire and is not being upright about her past. “And my gut is telling me something’s wrong,” he says to himself. Alex is equally not quite honest. As Alex is tormented between his affection for Ranna and his desire to believe her, the mystery heightens. The police chief, Hamisi, who is pursuing his investigation with a vengeance, leaks critical information to Alex about his Ranna’s past, creating more mistrust.

This riveting thriller is built around a strong woman, Ranna, who comes to grips with her past, and Alex, who wants to be a “decent fellow” but has his own haunting history. Venter’s dramatic incidents are believable, and the novel also offers insight into the around Tanzanian environment and culture. 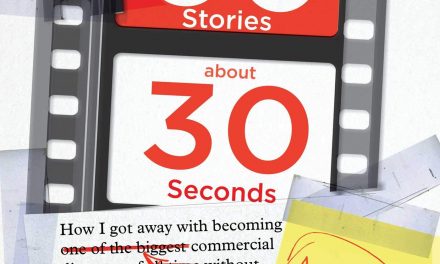 In 60 Stories About 30 Seconds by Bruce Van Dusen

The Iron Queen by Julie Kagawa