Recipe for a Perfect Wife by Karma Brown 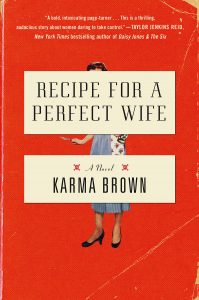 Penguin Random House 2019 Karma Brown’s novel, “Recipe for a Perfect Wife,” weaves together the unhappy lives of two women, Nellie Murdoch, a 1950s housewife, and Alice, in 2018, who share a powerful bond. The book puts a new spin on the expression that a “women’s place is in the kitchen.”

Alice is unhappy husband Nate wants to leave New York City and move to the suburbs so they can immediately begin having children. But she doesn’t protest since she just got fired, due to her own misjudgment, from her public relations job and lied to Nate that she quit to write a book. Alice becomes more distressed when Nate buys an older “dreary and dilapidated” house last owned by Nellie and husband Richard Murdoch.

But when Alice discovers boxes in the basement containing dozens of “Ladies Home Journals” from 1954-57, a old well-used cookbook with notations, and later, letters Nellie wrote to her mother, she begins to assume a 1950s persona, wearing vintage clothes and cooking from Nellie’s recipes, thus giving Nellie a voice.

… puts a new spin on the expression that a “women’s place is in the kitchen.”

Nellie knew husband Richard did not “deserve her decency, but expected it. Even in pain, Nellie understood her role.” When Richard arrived from work, he expected dinner, and that’s where Nellie had power.  An excellent cook, she used recipes wisely. A twist in the story is how Nellie combines herbs and other ingredients to achieve some level of power over her body, including preventing birthing a child.

Alice also realizes she not prepared to be a mother, and in secret has a doctor insert an IUD. When the ruse is discovered, the trust that held her and Nate’s marriage together takes an ugly turn. It is Nellie’s past life as a dutiful wife that gives Alice the strength to discover who she is and how she expects to live her life.

Brown’s novel focuses on 1950s women, who like Nellie, often endured violent treatment from husbands in silence. If a woman asked for help, that would destroy her husband’s career and without her own income, she kept quiet. It was also a time when doctors prescribed Thalidomide to pregnant women to control nausea, and encouraged smoking cigarettes to calm their nerves.

Brown’s fast-paced book shows some progress has been made, but  many uphill battles remain for women to share equal power with husbands.

Light of the Moon by Luanne Rice

Being Teddy Roosevelt by Claudia Mills 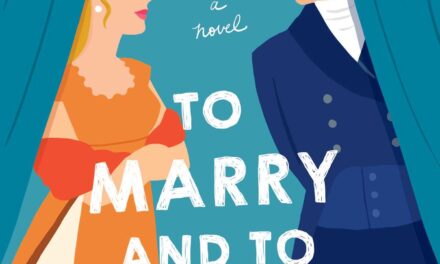 Review: To Marry and To Meddle by Martha Waters 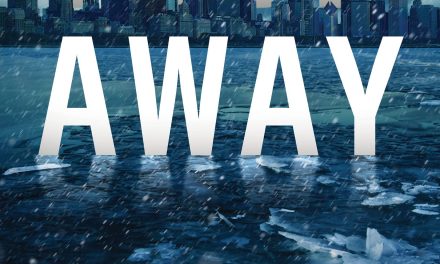 Hide Away by Jason Pinter