Death in the Air by Kate Winkler Dawson 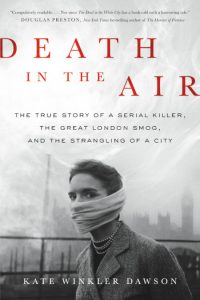 Mentioned in literature and commemorated in art, the infamous London “peasouper” is a choking miasma composed of smoke and fog that has been a striking feature of the city for centuries.

In December 1952, a ridge of high pressure stalled over London. Cold fog blanketed the city. The smoke from industry, millions of domestic fires and the exhaust from vehicles merged with the fog until it became impossible to see more than a few feet. Smog invaded homes and businesses, theaters and cinemas and people began to die by thethousands. Those with respiratory conditions found it hard – then impossible – to breathe. Ambulances couldn’t find their way through the murk to reach those in need. Public transport was curtailed. Drivers abandoned their vehicles. Transport accidents increased and so did crime, as criminals took advantage of the obscurity. Hospitals across London overflowed.

Not all the deaths were caused by the smog. John Reginald Christie, a mild-looking and somewhat creepy middle-aged man haunted the then-squalid Notting Hill area of London in search of women to kill. When the so-called Beast of 10 Rillington Place was eventually arrested, six women, including his own wife, had fallen victim to Christie.

The smog lifted after four days, and the published death toll of four thousand shocked the nation. The true total was known but hushed up for fifty years. In all, twelve thousand people died from the effects of the smog, yet the public of the time seemed more fascinated by the murders at 10 Rillington Place.

In Death in the Air, Kate Winkler Dawson draws upon archives, eyewitness and anecdotal accounts of the peasouper and serial killer that paralyzed a great city, to create an engrossing narrative about a largely forgotten episode in history. It led to two significant measures: The Clean Air Act, the first legislation in the world designed to deal with atmospheric pollution, and the trial of John Reginald Christie, which led to the eventual abolition of the death penalty in Britain.

Pale Rose of England by Sandra Worth 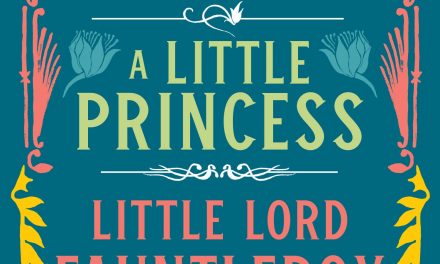