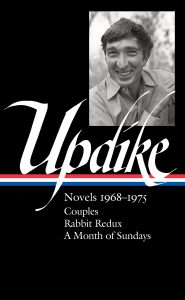 John Updike won two Pulitzer Prizes for his “Rabbit” tetralogy, a series about the disturbing life of an ordinary man, Harry “Rabbit” Angstrom, the protagonist whose risky doings are a mirror response to events such as the Cold War, Vietnam, sex, drugs and civil rights protests. Now, the Library of America, in a second volume of Updike’s work, includes his novel, “Rabbit Redux,” written between 1968-1975. The volume also includes two other works published during this same time, “Couples” and “A Month of Sundays.”

In “Rabbit Redux,” Harry’s wife, Janice, has left him and their son Nelson to move in with her lover. Janice sees Harry, “her flying athlete grounded, cuckolded.” (All four sequels take place in a suburb in Pennsylvania where Janice’s parents own a Toyota dealership.) Harry doesn’t appear that bothered; instead, he invites a young addict, Kim, to move in with him, as well as her Black lover, Skeeter, who has much to say about slavery and Vietnam. The four co-exist amid protests by racist neighbors, many who peek through Rabbit’s window to observe the drug-induced sexual behavior inside. It’s a dark and disturbing novel, laced with sensual details, common in the other Updike novels in this volume.

. . . descriptive, voluminous prose is both dazzling and racy.

Updike, a religious man who often attended church services, may have had a close-up view of the main protagonist, a minister, in “A Month of Sundays,” sought after by women for martial advice as a pretext to enjoy a sexual encounter with him: “The old man was right: there was a smell about me now. Women sensed it. They flocked to be counseled.”  His descriptive, voluminous prose is both dazzling and racy. Updike began writing at a young age, graduated from Harvard, and wrote often for the New Yorker which rejected his short story, “Couples,” as too sexually explicit. He skillfully blended extraordinary details in character-driven stories, and the chronology included in this volume offers insight into how he developed his fictional interactions.

The Perfect Man by Naeem Murr 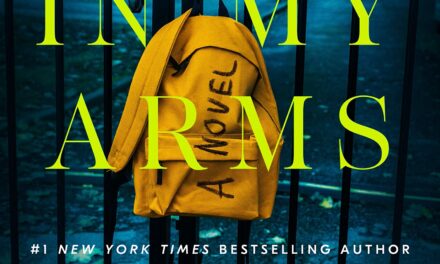 Review: Safe in My Arms by Sara Shepard

At the Stroke of Madness by Alex Kava