ASK THE EDITOR WRITING SOMETHING FRESH

You will universally hear fiction editors say: "I want something fresh; something unique; something different."

Now, on the surface, that seems simple enough. Even though what Aristotle said still holds true today: "There are no new plots," we have to make books seem so new as to belie that. And therein lies the stumbling block for most writers. How do you make a story unique without causing it to be so over the top that it loses all verisimilitude?

And I'm not just talking about Mysteries and Thrillers. All genre books fall into this category, and even Literary ones have to have a fresh slant of some sort. Coming of Age hasn't changed in all of publishing. But the way in which you tell your story, the characters involved, and the events that transpire all have to come across as something new.

Most writers fall into two traps here. First, they write something that revolves around "pulled from today's headlines." As most of you probably know, agents and editors sigh heavily at this. While God knows, truth really IS stranger than fiction, if something is pulled from "today's" headlines, by the time it would get into print it'd be old news.

But the second foible is more subtle, and trips up more writers. What I see so often, in all genres, is characters who are celebrities or presidents of Forbes 500 companies or successful doctors or lawyers. Now, in and of itself, that's not a rule out. The problem comes in that rarely is the person doing the writing an actual celebrity, or now running a multi-million-dollar company (and only rarely can that person write his way out of a paper sack anyway). Now and then one is a doctor or lawyer, and some of those can write. But with the former group, the characters don't seem like any of the above either. Plus, don't you get tired of reading about that sort of person? Yeah, we like to get a voyeur's view of the rich and famous. But the most memorable books are about folks like you and me, struggling through this life and hopefully learning something along the way–even if within the confines of a Cozy Mystery or Traditional Western. That's what makes a book worthwhile, and that's what I see more and more writers losing.

Which brings me to my point (you knew I'd finally have one). That old cliche in this business could not hold more true here: write what you know. Because, not only will your story then have the feel of reality, and keep characters from acting OUT of character, but nobody knows your slice of life like you do. Nobody. Not one person has had your exact experiences, filtered through your perceptions. And nobody can bring to life the events as can someone who has lived them.

Okay, so you probably haven't actually murdered anyone. But chances are, your Mystery isn't going to be told from the murderer's point of view (unless you're Dean Koontz, which would lead us to worry about him!). Most likely, your Protagonist is going to be someone trying to put the pieces together. And armchair sleuths abound. On the other side of the ocean, we would all love to write The Green Hills of Africa. But when Hemingway tells you to never trust a man until you've seen him shoot a charging

lion at thirty yards, well, you don't have to wonder if he's speculating. Every word of his stories resonate with truth. It is the rare author who can pull off places and people without having lived with them; or, to be successful by Isak Dinesen's method: "I have been a mental traveler." But even then, it's no surprise that her signature work revolved around a story she LIVED.

What makes a book really fresh isn't some bizarre plot twist (although those often work very well). It's giving your reader a slice of life they wouldn't ordinarily see. I edited a great book recently, where the Protagonist was a stock broker, in a major firm where inside trading ran rampant. Folks did get killed. But what made this so fresh AND so believable, was that the writer actually is a stock broker, from a very major firm, and knows the material inside and out. It was fascinating. I learned an enormous amount about that business, and barring catastrophe (always a factor in this business), the book should sell very well.

What do YOU bring to this table? What do YOU know that no one else does? Find that. Forget the always-gorgeous, incredibly rich and successful, Lexus-driving heroes. Give me a real person any day. One you know from the inside out, who learns and grows and stumbles and screws up and behold and lo–I can relate to. That's why you remember Holden Caulfied (okay, so a lot more boys revere the book than girls, but some of us identify with him anyway), or any number of others.

Hemingway said that a writer's only requirement was to write the truth. We fictionalize it–the events may not have happened as we portray them–but the essence is pure.

So, go write your truth. And then let the rest of us in on it.

Writing Insights: Why don’t agents tell you why they rejected your book? 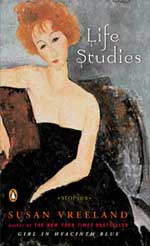 Titles That Grab Readers by the Collar