Writing Insights: Why don’t agents tell you why they rejected your book? 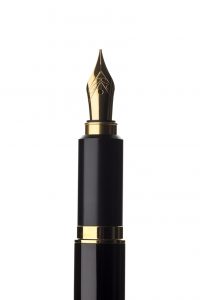 Many writers ask why agents don’t give more specific reasons for rejecting a book submission. A standard answer is: “not the right fit,” though a submission is in the same genre they represent.

There can be a number of reasons why a literary agent rejects a work. When an agent says a work is not the right fit for them, it may or may not relate to the writing itself.

The agent could have more submissions than they can handle at the time, or they have just sold a similar title, or they know an editor is looking for a particular story angle, and your submission doesn’t fill that story angle. It could be that the agent doesn’t see the work slotting into a particular category they represent. There are different kinds of thrillers, for example. Maybe the agent knows they can sell psychological suspense but doesn’t know where to go to sell a medical thriller. Maybe the agent doesn’t feel the story targets a large-enough audience or the market is glutted with similar titles. It can also mean the agent simply doesn’t have time to thoroughly read your story, but a quick read tells them it doesn’t fit a need. Or, maybe they are tired and just had a bad day. Agents are human, you know. So, don’t take it personally.

When the rejection is related to the writing itself, the turn-down can mean any number of things, for example, the style or length or tone of the piece isn’t right; the story isn’t strong enough; the writing needs polishing; the pacing is wrong; the story lacks conflict or depth of character; dialogue is stilted; story length is wrong for the genre; the storyline doesn’t; fit neatly into any category the agent represents. It can also mean the agent simply didn’t relate to or become touched by your story.

Agents generally don’t want to be rude or unkind. So, in their responses, they will often provide vague answers. They just don’t have time to become a writing coach, unless they believe you are another Stephen King and the story is exactly the kind of thing they represent.

Writing and publishing is an extremely tough business. Don’t be discouraged by vague answers from agents. Any response at all is a good reason to keep going. Believe in yourself!

Back to School: Memoir or Autobiography?