Why Do You Want to Be a Writer?

Why Do You Want to Be a Writer?

Excerpted From Lessons From a Lifetime of Writing:

A Novelist Looks at His Craft

Buy LESSONS FROM A LIFETIME OF WRITING by David Morrell via Amazon.com

When I teach fiction writing, I always begin by asking my students, "Why on earth would you want to be writers?" They chuckle, assuming that Ive made a joke. But my question is deadly sober. Writing is so difficult, requiring such discipline, that Im amazed when someone wants to give it a try. If a student is serious about it, if that person intends to make a living at it, the commitment of time and energy is considerable. Its one of the most solitary professions. Its one of the few in which you can work on something for a year (a novel, say), with no certainty that your efforts will be accepted or that youll get paid. On every page, confidence fights with self-doubt. Every sentence is an act of faith. Why would anybody want to do it?

The usual answer I get is, "For the satisfaction of being creative." The students nod, relieved that this troubling line of thought is over. But in fact, the subject has barely been started. I rephrase my question, making it less threatening. "Why do you want to be writers?" This time, I tell my students I dont want to hear about the joy of creativity. Squirms. Glances toward the ceiling. Toward the floor. Someone is honest enough to say, "Id like to earn the kind of money Stephen King does." Someone else chuckles. "Who wouldnt?" Were on our way.

Money. Were so used to hearing about the fantastic advances that writers like King, John Grisham, and Tom Clancy receive that many would-be writers think generous advances are the norm. The truth is that, in the United States, maybe as few as two thousand writers of prose fiction make a living at it. Every Thursday, in USA Todays entertainment section, theres a list of the top fifty bestselling books. Non-fiction is grouped with fiction, hardbacks with paperbacks. Fifty books. A longer list of 150 books is available on that newspapers Internet site. The lowest-ranked book might have sold only a thousand copies nationwide. Seen from this perspective, my figure of two thousand fiction writers who make a living at it seems huge.

want to be writers?"

"Why do you want to be writers?" I repeat. The squirms are more uncomfortable. Someone admits, not in so many words, that it would be neat to be the subject of magazine articles and appear on the TV talk shows. As Rambos creator, Ive had experience in that regard, and if your idea of a good time is to be forced to get an unlisted number, swear your friends to secrecy about your address, and make sure your doors are locked because of stalkers, youre welcome to it. Fames dangerous, not to mention shallow and fleeting. Im reminded of what a once-important film producer said to me before his fortunes turned for the worst: "Just remember, David. Nobody lasts forever."

So if money and notoriety arent acceptable answers to "Why do you want to be a writer?", and if I wont accept the easy answer, "Because of the satisfaction of being creative," whats left? At this point, I suggest the following: "You want to be a writer because you have to be. Because theres something in you that absolutely compels you to put words on paper."

My students glance up and nod, their relieved expressions saying, "Sure. Right." They have the contented look they displayed when they decided they wanted to be writers because of the satisfaction of being creative. But do they truly understand what "have to be" means? A long time ago when I was a literature professor, a student came to my office and announced that she was going to be a writer. "When was the last time you wrote?" I asked. "Six months ago," she answered. I politely suggested that she might consider another line of work.

or the faint of heart."

Writers write. Its that basic. If you just got off an assembly line in Detroit and youre certain you have the great American novel inside you, you dont grab a beer and sit in front of the TV. You write. If youre a mother of three toddlers and at the end of the day you feel like youve been spinning in a hamster cage and yet youre convinced you have a story to tell, you find a way late at night or early in the morning to sit down and write. Thats a version of how Mary Higgins Clark succeeded, by the way. Because she had to. Because something inside her absolutely insisted. A half hour a day. A page a day. Whatever it takes.

The profession is not for the weak willed or the faint of heart. But theres a pay off, and it has nothing to do with money (although it would be nice if hard work were rewarded), and it certainly has nothing to do with having your name in the newspaper. The satisfaction of being creative? Sure. But only partly and only as it relates to my next and final question. "You have to be a writer. Why?" This is the key to the treasure. Why do you absolutely need to be a writer? Whats the source of the uneasiness that nags at you, the compulsion to spin tales and put word after word on a blank page?

That question is one of the most important challenges any would-be writer will ever have to face in his or her creative life. How honest are you prepared to be with yourself? When I was a young man learning my craft, I met my first professional writer, an expert in science fiction whose pen name was William Tenn and whose real name is Philip Klass. Klass didnt like the early stories I showed him because their subject matter was familiar. They werent any different from hundreds of other stories hed read, he told me. The writers who go the distance, he insisted, have a distinct subject matter, a particular approach that sets them apart from everyone else. The mere mention of their names, Faulkner, for example, or Edith Wharton, conjures themes, settings, methods, tones, and attitudes that are unique to them.

How did they get to be so distinctive? By responding to who they were and the forces that made them that way. Everyone is unique, Klass told me. No two lives are identical. The writers who discover what sets them apart are the writers with the best chance of succeeding. "Look inside yourself," Klass said. "Find out who you are. In your case, I suspect that means find out what youre most afraid of, and that will be your subject for your life or until your fear changes." But he didnt mean fear of heights or closed spaces or fire. Those fears were merely versions of much deeper fears, he said. The fear he was talking about was like a ferret gnawing at my soul. The ferret didnt want to be caught, though. It was going to take all my honesty and introspection to find it and determine what it was.

I eventually called this method "fiction writing as self-psychoanalysis." The theory goes like this–most people become writers because theyre haunted by a secret they need to tell. They might not know they have one, or if they suspect they do, they might not be sure what it is, but something in them is bursting to get out, to be revealed.

choose us. We dont

Consider daydreams. Theyre spontaneous messages from the subconscious. You cannot will yourself to have daydreams. They come unbidden. Basically, the deepest part of you is sending a story to the surface. Pay attention. The primal author in you is at work. In fact, it can be argued that the difference between fiction writers and civilians is that we make it our lifes work to put our daydreams on paper. Theyre disguised versions of our secret. Theyre metaphors for why we want to be writers.

Thats worth emphasizing. Plots are at their best when they serve as metaphors for their authors psychological state. Like the daydreams from which they come, theyre disguises. More often than not, the author cant see through them. All he or she knows is that the story insisted on being told, that his or her imagination wouldnt rest until the images and characters that haunted it were brought into the light. The best stories choose us. We dont choose them.

So lets go back to the beginning. If being a writer is so hard, why did I want to become one? Because I had to. Why did I have to? If you follow the logic in the progression of these questions, if you pay attention to the ferret thats gnawing inside you, youll have a subject matter thats uniquely your own. Youll also approach your favorite type of story in a way that has special meaning to you. Youll be an original and not an imitator. Because youre true to yourself. Because you use your unique one-of-a-kind psyche as your guide. It may be that youll never be one of those two thousand writers who earn a living at it. But that was never the point in the first place. You didnt become a writer to make money. You became a writer because your ferret and your daydreams forced you to. If you do achieve financial success, all the better. But in the meantime, you did what you knew you had to, and your reward wasonly now is it a valid answerthe satisfaction of self-expression, of being creative.

Excerpted from Lessons from a Lifetime of Writing copyright © 2002 by David Morrell. Used with permission of Writer's Digest Books, an imprint of F&W Publications, Inc. All rights reserved.

the Author About David Morrell (From an Amazon.com review): David Morrell writes thrillers  lots of them  including First Blood, which gave the world Rambo. But Morrell was also a longtime literature professor. He is as likely to quote E.M. Forster as he is Lawrence Block; Steve McQueen appears on the same page as Henry James. Lessons is a lovely examination of writing and the writing life. To read it is to put oneself in the company of a writerly raconteur. Copyright 2002-2003 by David Morrell 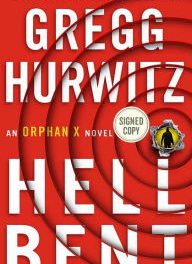 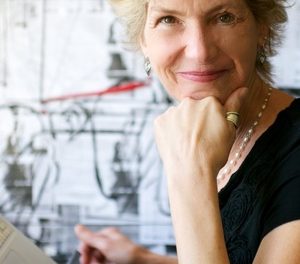 Out of the Ghetto: Christian publishers reach for a share of the secular market

Electronic books and Print-on-demand: Making peace with the digital future