Why Do People Read Memoir, and What Are They Hoping to Find There? 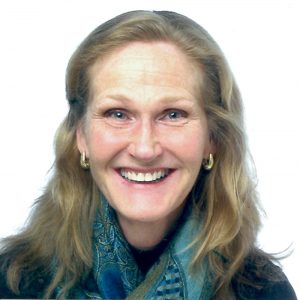 Once upon a time, people who loved stories read novels to find keys for living a good life, for answers to the thorny questions of being human, for understanding why people behave the way to do, or to gain greater awareness of the dark and light in people. Then along came Reality TV, and a hundred spin off effects in popular culture, the arts, and the press, all of which shifted a good portion of the populous into consumers who honored real life stories above all else.

At about this same time, the genre of memoir began bubbling up with some iconic stories, primary among them Mary Karr’s The Liars’ Club, published in 1995, and Frank McCourt’s Angela’s Ashes, published in 1996, and the roving eye of the reality-show-trained-public wandered over and latched on: “Memoir!” they declared, as if the genre were brand new, but of course memoir had existed for centuries. It would be more apt to say that memoir, at that moment in time, was rediscovered; it experienced a resurgence, because of a wholly unplanned convergence with the zeitgeist—the spirit of the times.

The publishing industry, with some resistance at first, and then less-and-less as time went on, and finally only with spotty curmudgeonliness saddled up and began publishing memoir in earnest (now called memoir as opposed to memoirs, a word reserved for books of exploits written by politicians or statesmen of an earlier era). The Everyman and Everywomen real life story was the rage. Memoir stormed the bookstores.

Because readers believed they were finding truer truths about how to live a good life, or answer the thorny questions of being human, or understand people’s behavior, or gain greater awareness of the dark and light in people.

The ways in which memoirists in the late 20th and early 21st century laid bare the anxiety and disgruntlement, insights and experience, tough luck and coming of age of a generation dealing with complex social shifts in families, gender, the environment, and the workplace—and emboldened with a new-generation’s spirited belief in self-disclosure—resonated more poignantly with readers tutored at the knee of Reality TV. Books like Into Thin Air by Jon Krakauer, 1999; A Heartbreaking Work of Staggering Genius by Dave Eggers, 2000, (sold as a memoir, but with obvious creative writing leaps); The Glass Castle by Jeannette Walls, 2005; and Eat, Pray, Love by Elizabeth Gilbert, 2006, solidified for readers’ the shift to memoir as the greatest truth-purveying god in the world of written stories.

Now, as I look back on this, it’s a curious shift, since fiction—that way of telling a story—is more conducive to the wrapping of a tale which will provide the kind of satisfaction a reader usually seeks. In memoir, the writer is curtailed by the notion of fact—that what appears on the page truly did happen. Readers want to believe this, and they are disgruntled when they discover such is not the case. (Witness the experience of James Frey with A Million Little Pieces, 2003, or the allegations surrounding Greg Mortenson’s Three Cups of Tea, 2006, two books promoted as memoir but which both came under fire for failing to live up to that claim.)

For some writers fitting the realities of lived experience into a shape that will provide dramatic story conclusion, and stay true to fact, is beyond skill. They need to embellish to achieve a story arc that presents a fresh tale of character transformation, in a timely fashion, that will satisfy readers. And yet, if writers follow that compositional lead, one could say they are no longer writing memoir. (Hence, the categorization these days of many stories into hybrid genres that try to account for invention of material or compression of time, names like creative nonfiction, fictionalized memoir, or the semi-fictional novel.)

Putting these fine points aside, what readers are looking for—and which they often find in memoir—is voice, an authentic person speaking to them of the unvarnished truth of his or her life, in a way that is heart breaking, and generous, full of compassion, and often painfully raw. This kind of story telling, like Reality TV, appeals to a readership that is jaded, heart-weary, and seeking real life insights that will point the way—in a time when institutions of old (family, church, state ) no longer deliver that which is needed.

Hence, books of memoir that capture the popular imagination reign as modern purveyors of truth, in the way novels once did, exclusively. We come to stories to make sense of our lives. People read memoir because they are looking for a good story, but they are looking for a story that will make their hearts grow, too—like the Grinch’s in the Dr. Seuss classic. For many, memoir is the place to find that.

The Art of Fiction: The Big Picture 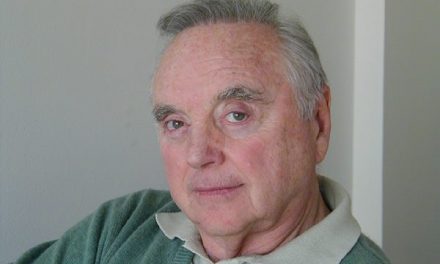 A Roman à Clef and its Aftermath

How To Write Great Queries Without Resorting To Threats, Bribery or Coercion