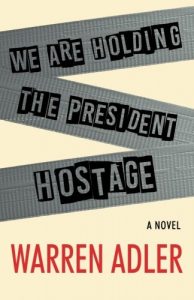 I have long been a fan of Mario Puzo’s ‘The Godfather.’ Indeed, I have always been a fan of his writing ever since we attended Don Wolfe’s creative writing course in the New School years ago. Mario was more than ten years older than me, a World War II vet while I was a 20-year- old college graduate from NYU inspired to devote my life to writing by Dr. Wolfe, who taught me freshman English at NYU.

The class met once a week, but a few of us from the class were chosen by one of our classmates Harold Applebaum to meet periodically in our homes to read our offerings to each other and generally socialize. Of course, we liked to think that Harold had chosen us because out of the thirty odd students in Dr. Wolfe’s class, Harold deemed our work to reflect a superior talent. We were flattered, of course, although in retrospect many of the students in that class were extraordinarily talented. I think there were about six of us among Harold’s chosen, all determined writers hoping to make our mark and, of course, flattered by Harold’s attention.

Harold was a published poet. Many of his poems appeared in the New York Times which, in those days, published a poem a day on its editorial page. Others in the group included, if memory serves, a southerner who had published a novel titled ‘Little Mule’; an ex-wife of Ira Gershwin; and Mario Puzo, who was working on his first novel.

When years later, ‘The Godfather’ was published, I was quick to purchase the book and gobbled it up with relish. I thought the book was wonderful. When it hit the silver screen its impact was extraordinary and spawned a giant career for my fellow student.

I can trace a direct line from that book to my characters in ‘We Are Holding the President Hostage.’ Another influence was the fact that I had grown up in Brownsville, Brooklyn, in the neighborhood that was the headquarters of Murder Inc. and had observed in person many of the gangsters who were part of that era.

Another source for the idea was the fact that I had, by the time I wrote the book, a familiarity with the White House and its inner workings, having been a consultant to the Nixon White House with a blue pass that gave me access. Although there was tight security in those days, it was far more lenient than it is today.

It was also a time when hostage-taking was just beginning to show its ugly face and the news was filled with incidents in which the taking of a hostage was becoming a political act of choice, particularly in the Arab world. For me, it was a question of connecting the dots and I was able to imagine a story where a group of Mafia characters, one of whose daughters was taken hostage in Egypt, were able to infiltrate the White House with the express purpose of persuading the President to use mafia tactics to deal with the hostage-taking in the Arab world.

The Art of Fiction: The Plot Thickens