Ten years ago, these questions were easily answered. There were reputable agents, along with a few sleaze bags about whom everyone knew, and nothing else.  These days, sorting through isn’t so cut and dried.  In large part due to the changing technology, agents have sprung up all over the place.  Unfortunately, many of these are not so reputable.  And a whole host more can’t really get much done for you.  From the outside looking in (the unpublished writer), the whole mess can look like a sea of sharks (which it surely can be).

So, how do you go about hooking up with a real agent—one who can actually sell your work, set your career on the right path—and avoid the predators (those charging huge fees and not actually placing books)?

It takes a lot of homework.  Perusing the agent listings in the Writer’s Market and Jeff Herman’s guides and Authorlink’s listings will give you a good start.  The problem here is that many of these all look alike—i.e., it appears that everyone handles the same stuff. And nothing could be further from the case.  So first, you have to narrow down the playing field.  Agents, like everyone and everything else in this business, are very rigidly structured in what they actually handle and sell.  One may say he handles mysteries.  Well, an entire world of subgenera filter down from that, and you have to know if he means "cozies" or "detectives" or those under "women’s romance."

So you delve a little deeper, and see what said agent has sold (they almost all list recent sales). Then, take a look at those books.  Are they similar in any way to yours?  Are you on the right track with this agent, or stumbling under the wrong pen? While you’re at the bookstore (and sorry, this is difficult to do online, you’ll actually have to go in and spend some time in a physical store), peruse the other titles in your genre.  Many times, authors will thank their agents, and you can get a good lead from there.  Is the specific agent for whom you’re looking thanked?  If so, great.  That’s a second toothpick you can add to your pile.

If an agent is interested in your work, ASK what he or she has sold.  Ask how long he’s been in business; how many mysteries she’s sold in say, the past three years.  And, can you speak with any of their other clients?  Most will be happy to provide you with one or two, so that you can get a feel for what the agent has been doing for said client—if updates come promptly, if the agent had a plan, etc.

Find their professional affiliations.  Is she a member of AAR (Association of Author’s Representatives)?  This is a very strict organization, and they don’t allow in agents who take large upfront fees (a huge red flag).  Membership here still speaks very highly of agents.

Check with the NWA (National Writer’s Association) in Colorado. They keep a running list of scams (which abound), and can tell you any blots on an agent’s resume.

Go to conferences and meet agents there.  Most conferences work really hard at bringing in only reputable agents (though of course, some scam artists surely get through), so you can pretty much figure that if there, the person is legit.  And, you can actually talk to one, see if you’re any sort of fit, and be done with it without wasted time and postage.

What sort of contract is offered?  DOES he charge upfront fees?  If so, how much?  Many agents these days are charging nominal fees for copies, postage, etc.  That in itself is not a flag. The amount can be, however. The NWA holds to the rule of thumb that anything over $150.00 up front smells of scam.  So be wary.

Okay, you’ve identified an agent who does sell your sort of work, checked him out thoroughly to find that he’s legit.  How do you know at this point that he has the clout to sell you?

This is a tricky issue.  We used to have sort of a pyramid in this business, where the top agents (or those thought of as such) in New York City sold the “big” books, the ones under them sold the next tier, and so on down the line.  This is changing, at least somewhat.  While the “big” ones still do sell the biggest books, the rest only holds some water.  I know of agents in North Dakota and Atlanta, Georgia who’ve inked very large deals for their clients.  I know some agents in New York who haven’t had a big sale since . . . well, they’d rather not say.  I know a lot of agents who are “branching out” into other facets of the business, due to the enormous decline in book sales.  The point is you can find agents all over the place now.  And reputable ones.  While at the same time some of the big wigs of yore are going in different ways.  This does leave openings for the new agents to sell.  And those on the second and third and fourth tier are still much more likely to take on new (unpublished) writers.  So that’s a plus.

Just know that this has only changed to a point, and perhaps a small one at that.  The editors at the big houses still tell me one of the first questions asked at the editorial meetings when an editor is trying to sell her bosses on a new manuscript is, “Who’s his agent?”  The big ones carry clout.  Having one represent you means not only getting your foot in the door, but having a hair of respect going in (a huge plus, especially these days when everyone is scrambling to find something, ANYthing, that might actually do well in the marketplace).

We all want answers in black and white when it comes to the things we really care about.  But you know, that’s just not how life is.  And publishing shows this as much as any other endeavor.  The point is, as with all aspects of this business, to dive in, do your homework, meet folks whenever possible, and keep at it.  And if you get a crummy agent to start, the world won’t end.  Most writers I know have agent horror-stories (hey, those are better than the ones that come AFTER publication).  Persist.  Persist. That’s the thing that really counts toward success in this world. In the end, whether your books gets published really is up to you. 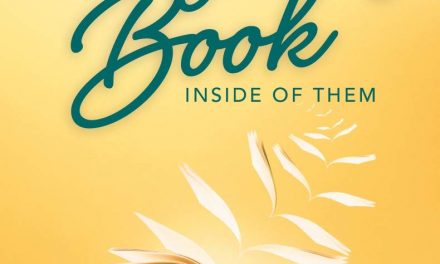 Everybody Has A Book Inside of Them 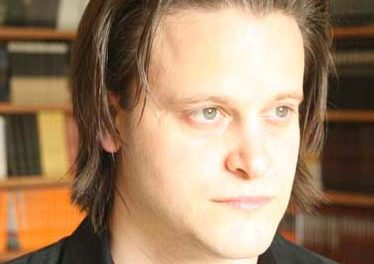