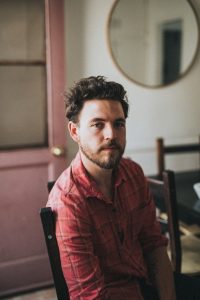 Writing a novel might seem easy. You have the topic, the characters, the action. All you need is to create a great plot that will catch the attention of the readers. But how can you do this? How do you need to build your plot? And which are the characteristics of bestselling novel plots? Successful authors usually do these seven things:

We have all learned in high school that you need to follow some steps when creating a story. These steps are called Freytag’s Pyramid: exposition, rising action, climax, falling action, and resolution. Well, these steps may be a good start, but probably not to use them for your novel in today’s publishing environment.

Most children’s books use this way of organizing the story. But for young adults and adults the structure might not be effective. To create a bestselling plot, you need to be unpredictable; that means using a different structure.

Use the Fichtean Curve

The Fichtean Curve is similar to Freytag’s Pyramid but different at the same time. It is simple to use, and it is the most popular way of organizing the plot. The story starts with rising action. The exposition is presented throughout the first half of the book.

This way of building the plot succeeds because it does not let the readers get bored. Conflicts frequently appear, each followed by a falling and rising action. The action then hits the climax point at about two-thirds of the book.

Mold the Building of the Plot to the Main Topic

Young writers are often very creative and experimental; they like to put their creativity to test. That is probably why  sci-fi, horror and fantasy stories are popular. They’re fresh and the stories move rapidly. The plot structure best suited to this kind of novel is The Hero’s Journey. Usually, the main character is living in his world when he is faced with a sudden call to action. The hero accepts the challenge and then the adventure begins.

There is an antagonist whom our hero must defeat or face dire consequences. “The main thing is that he (the hero) experiences a rebirth, he discovers himself and the world. And so, everything changes.”, says Michael Chinois, editor at Australian Writings and online assignment help.

Create a Story for the Antagonist Too

Many might be tempted to concentrate heavily on the main hero–which is not a mistake. But the antagonist and secondary characters must also have well-defined characteristics.

It is not only the good guy who makes a plot interesting. The story of the antagonist, his goals and way of thinking play into a good story, too.  The hero and the antagonist have opposing goals. That leads to conflict and which makes the story more attractive.

The Protagonist Does Not Succeed at the First Try

He needs to go through a lot of experiences, and he must learn from them. The readers need to be entertained, to be attracted by the story and its unique characteristics.

It is clear by now that conflicts catch and hold the readers’ attention. Conflicts can be external or internal and can have different participants, but the most intense conflicts will be between the protagonist and the antagonist.

Some writers might depict an inner conflict about the protagonist and his struggles.  An antagonist may not be a person. The hero’s struggle may also be against nature, society, or God. The obstacle can be technology or some extraterrestrial force. “Do not overload your novel with many types of conflicts. Instead, use only two, one external and one internal and make them as interesting as possible.”, says Magdalena Mannikin writer at an essay writing service.

The bestselling plots are the ones that surprise the readers, that bring something magical that catch their attention. The most interesting plots often lead the reader down the wrong path then pull the person back again. Misdirection can be an effective device, sometimes called a red herring.

So, What to Keep in Mind?

Not all released novels are successful or interesting. The story, the characters or the plot somehow don’t deliver what the reader anticipates. To create a bestselling plot, move away from the old classic rules and plot structures and try the newer structures.

To increase your chances of publication, create a plot that surprises the readers, that offers the needed amount of conflict. Make sure your characters are built well, that they are complex and that we experience their inner conflicts as well as their outer experiences.

Scott Mathews is a journalist and writer and Bestessaytips. Besides that, he is a columnist at HuffPost and writes essay papers for students and educators. His hobby is to pay for papers written by amateur writers to give them feedback and help with the creative process.

The Lonely Writer’s Companion: “What Makes for a Good Critique?” – 2014