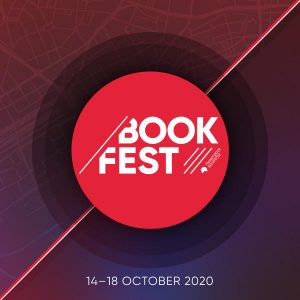 Frankfurt, 18 October 2020 – Overcoming borders, bringing people together, celebrating authors and books despite the increasing number of at-risk regions and travel restrictions due to the COVID-19 pandemic– that was the goal reached in the past week by the 72nd Frankfurter Buchmesse – Special Edition. Writers, agents, publishers and activists from around the world helped to shape the book fair’s programme and participated in the fair’s digital formats. In a year in which book fairs have been cancelled, literary festivals and events have been called off, and authors and artists have therefore lost a significant part of their income, Frankfurter Buchmesse used its digital edition to send a signal. The book fair’s digital offerings were made possible by generous financial support from the Federal Commissioner for Culture and the Media, Prof. Monika Grütters, with the NEUSTART KULTUR programme of the German government. The fair’s digital services and events were available free of charge to all users, and most of them will continue to be accessible after the fair.

Juergen Boos, Director of Frankfurter Buchmesse, said: “This year we succeeded in offering an international programme for publishing professionals and a festival celebrating literary voices; we also offered a political platform online, for much needed discourse to take place. Our strategy of cooperating with well-established media partners and of being present where our target groups are – be it on our own platforms or on social media – proved effective. With buchmesse.de alone, we have reached over 200,000 users worldwide, and BOOKFEST digital was able to attract 1.5 million viewers on Facebook alone. At the same time, we all know that nothing can replace meeting in person. We have learned a lot for the book fairs to come, both in regard to physical and digital events.”

Karin Schmidt-Friderichs, Chairwoman of the German Publishers and Booksellers Association: “Frankfurter Buchmesse 2020 was a special fair in every respect. We missed the in-person encounters, but we succeeded over the course of the week in offering books a large stage, both digitally and through the media. The book fair has brought the industry together in new ways and generated enthusiasm for books right in people’s homes. Digitally it was also an effective platform for addressing the pressing issues of our time. Together with the exhibitors and the entire industry, we will work on new concepts for the future and will head into the autumn book season with self-assurance and commitment.”

Many of the authors invited to participate in the book fair commented during the Special Edition on current political and social issues.

In his video message at the fair’s Opening Ceremony, David Grossman spoke of the COVID-19 crisis and the responsibility writers bear: “As happens whenever the foundations of society are shaken, whenever personal and national security decrease, I am afraid we may witness a surge of nationalism, of religious fundamentalism, of xenophobia and racism, of severe damage to democracy and civil rights. […] Writing – even when it does not engage directly with the pandemic – is our means of resistance. It is how we resist clichés, empty slogans, indiscriminate statements and generalisations, which pave the way for incitement, prejudice and racism.”

Activist Joshua Wong, who joined the ARD Book Fair Stage remotely, called on Europe to do more to support the democracy movement in Hong Kong. “If we want to push forward democratic reform in Hong Kong or China, one thing that really matters, is for people who live in a free world or in Europe to put aside the ‘not in my backyard mentality’. Because we are living in a connected world and Hong Kong can serve as a story to learn from.”

Author Bernardine Evaristo, winner of the 2019 Booker Prize, spoke in her keynote during the Publishing Insights Track at Frankfurt Conference about the topics of diversity and inclusion in the book industry, especially with respect to the UK book market. She said: “It is the first time in my experience publishers have actually literally woken up and said, ‘Oh my God, our workforce is 95% white, apart from maybe the cleaners and the cooks, and we have a tiny percentage of books by writers of colour and we need to do something about that’. While there have been successful campaigns to get publishers to open their doors, they’ve not been listening to us for all these years. But actually this summer they started to listen to us.”

At the symposium “African Perspectives – Writers and Literary Experts in Conversation” organised by Litprom e.V. and KfW Stiftung, authors, publishers, and experts discussed the developments that have occurred in recent decades and their visions for the future. Kenyan author Ngũgĩ wa Thiong’o called for more support for Africa’s literature: “It seems that the future of African literature, that is literature in African languages, is already here, but more, much more, needs to be done, to bring about the full flowering of the future born by African languages, in conversations with all the other languages of the earth.”

Amina J. Mohammed, Deputy Secretary-General of the United Nations (UN), emphasised in her message for the fair’s “Signals of Hope” campaign the importance of culture in overcoming the global climate crisis: “Everyone of us needs to play our part if we are to overcome this crisis and build a greener and fairer world. We need concrete actions everywhere if we are to achieve the SDGs (Sustainable Development Goals). And to do that we need to inspire and empower people everywhere. The arts are an ideal vehicle, a universal language that unites people and communities.”

With “Signals of Hope”, Frankfurter Buchmesse launched a digital project which is an event, programme and campaign at the same time in this year of COVID-19. During the week of the fair, online events focussing on the topics of “Black Stories”, “Raising Hope for a Better Life”, “Immersive Storytelling”, “Speak up! For Climate!” took place. Participants included Tiffany Jewell, Melissa Fleming (UN), actress Katja Riemann, and many others. The finale of Signals of Hope on Sunday included bestselling-author Ken Follett who presented his “ABCs of Hope”.

BOOKFEST digital / city
The wide-ranging online show BOOKFEST digital broadcast 28 hours of programming on two channels on Saturday, 17 October 2020, reaching 1.5 million users worldwide on Facebook alone. From 9.30 am to midnight, viewers were able to watch live interviews with Edward Snowden, Yvonne Adhiambo Owuor, Eliot Weinberger and Håkan Nesser, talks with Margaret Atwood, Elizabeth Gilbert, Ayad Akhtar, Ibram X. Kendi and Matt Haig, and discussions on current topics like Black Lives Matter and the #MeToo movement, along with entertaining encounters with Jamie Oliver and others. Numerous users sent greetings from around the world, saying they were excited about the fast-passed show and thankful for it. One post said: “I am 87 and feel that I should have visited Frankfurt and personally seen the fair. I am very grateful for this programme. Thank you very much.”

It was also possible for BOOKFEST city to take place as planned, despite the more difficult conditions resulting from the coronavirus, making it the only in-person format for the public at the book fair. Visitors were able to experience almost 120 hours of programming at 36 locations throughout the city of Frankfurt.

Guest of Honour Canada
At the fair’s Opening Ceremony, Prime Minister Justin Trudeau gave the starting signal for Canada’s Guest of Honour appearance in 2021. Under the motto “Singular Plurality”, Canada was represented in the fair’s professional programme as well as on the ARD Book Fair stage, at ARTS+, BOOKFEST and at numerous cultural events in Frankfurt and further German cities. THE German-French TV channel ARTE was present daily during the book fair week with events on Canada on the ARD Book Fair Stage, while the Canadian pianist and entertainer Chilly Gonzales performed at the ARTE concert.

In addition to the challenges for the book industry in the year of COVID-19 and the developments in the international rights business and in the book and audio markets worldwide, the international trade programme of this year’s book fair also put a spotlight on the topics of diversity and inclusion, freedom of speech and sustainability in the publishing industry.

Regarding the state of the publishing industry’s retail sector, James Daunt, CEO of Barnes & Noble and Managing Director of Waterstones, pointed out during the Publishing Insights Track that, overall, book sales are currently “pretty robust”.

One much acclaimed event was the panel on the topic of freedom and publishing, with Pham Doan Trang, former spokeswoman of the Liberal Publishing House, recipient of the IPA Prix Voltaire, who is reported to be currently under arrest. In a video message, she said that publishing in Vietnam is a dangerous undertaking, and that publishers are threatened with arrest, torture and prison during all stages of the publishing process.

THE ARTS+ offered more than 11 hours of programming with a total of 54 speakers, including Cameron Bailey, Artistic Director Co- Head of the Toronto International Film Festival (TIFF), Stephanie Riggs, author of The End of Storytelling: The Future of Narrative in the Storyplex, and bestselling author Maja Lunde – on the topics of Augmented Reality, Virtual Reality, Extended Reality, licensing and merchandising, and film and games.

All events of the fair’s conference and professional programme were broadcast online and the international trade audience took advantage of the many opportunities provided to interact and ask questions to the speakers during the live events. The recordings of the online events will be made available soon in the fair’s media archive.

Social media
In addition, on Frankfurter Buchmesse’s social media channels 1.2 million interactions, post engagements and views were reached in the past seven days.