Books to Read: The Lion by Conn Iggulden 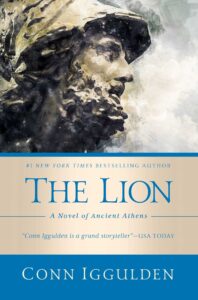 A Novel of Ancient Athens

The new novel in master storyteller Conn Iggulden’s bestselling series tells the story of Pericles amid the battlefields of the Peloponnesian War.

After the gods, after the myths and legends, came the world of men—and in the front rank stood Pericles.

Enter Pericles—the Lion of Athens. Behind him lies the greatest city of the ancient world. Before him stands the ferocious Persian army. Both sides are spoiling for war.

But Pericles knows one thing: to fight a war you must first win the peace.

It’s time for a hero to rise. For his enemies to tremble. And for a city to shine like a beacon . . .

Note: Authorlink may earn a few pennies from an Amazon sale of this title. The book is available on other sales channels as well.

The Emperor’s Conspiracy by Michelle Diener