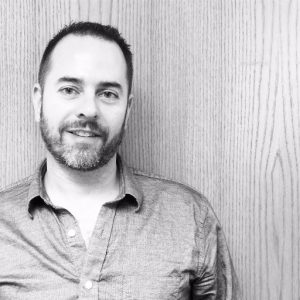 New York, New York, September 5, 2018—Chad W. Post, director of Open Letter Books and managing editor of Three Percent, will receive the 2018 Ottaway Award for the Promotion of International Literature, Words Without Borders announced today. The annual award will be presented at the 2018 Words Without Borders Gala on October 30 in New York City.

For more than a decade, Chad W. Post has been a leading voice for the promotion of international literature. Since 2007 he has directed Open Letter Books, a press at the University of Rochester dedicated to publishing contemporary literature from around the world. Under Post’s direction, Open Letter has published over 100 books from more than forty-four countries and twenty-six languages, including works by such contemporary heavyweights as Naja Marie Aidt, Dubravka Ugresic, Bae Suah, Can Xue, Sergio Chejfec, and Mathias Énard. Post is also the managing editor of Three Percent, a blog and review site that promotes literature in translation and has generated a number of related projects, including the Translation Database, the only database of its kind in the world, and the Best Translated Book Awards, one of the most prestigious awards for international literature.

“Through his vital work with Open Letter, the Translation Database, his Three Percent blog, and founding of the Best Translated Book Award, Chad Post has done more than perhaps any other individual to identify and begin to fill the void for translated literature in the US,” said Words Without Borders Board Chair Samantha Schnee. “We are thrilled to celebrate his tremendous contributions and achievements with this year’s Ottaway Award.”

The award will be presented to Post by Deep Vellum publisher Will Evans at the annual Words Without Borders gala on October 30, 2018, in New York City.

Named in honor of the first chair of Words Without Borders, James H. Ottaway, Jr., the annual award recognizes an individual whose work and activism have supported WWB’s mission of promoting cultural understanding through the publication and promotion of international literature. Past awardees include Jill Schoolman, Barbara Epler, Sara Bershtel, the late Carol Brown Janeway, and Drenka Willen.

The 2018 Words Without Borders gala will celebrate the fifteenth anniversary of the organization founded by Alane Salierno Mason, Dedi Felman, and Samantha Schnee in 2003. Co-chaired by Samantha Schnee, Cristóbal Pera, and Gabriella Page-Fort, with honorary chair André Aciman (Call Me By Your Name) and host Rakesh Satyal (No One Can Pronounce My Name), the event will be held at Tribeca Three Sixty in New York City on October 30, 2018. Other special guests and sponsors will be announced next week.

Tickets to the Words Without Borders 15th Anniversary Gala are on sale now. For more information about the event or to sponsor a table, please contactgiving@wordswithoutborders.org.

Words Without Borders expands cultural understanding through the translation, publication, and promotion of the finest contemporary international literature. Our flagship online magazine of contemporary literature in English translation won an inaugural Whiting Foundation Literary Magazine Prize in 2018. Our online education program,WWB Campus, received an honorable mention for the 2018 National Book Foundation Innovations in Reading Prize. WWB Campus is a free website that connects classrooms to contemporary international literature to enrich students’ understanding of the world and inspire empathy across cultures