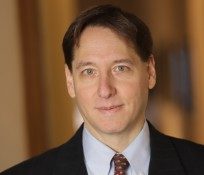 In late April, Simon & Schuster CEO Jonathan Karp sent a letter to about 200 employees and others rejecting their demands that S&S not publish a just-announced book by former Vice President Mike Pence, or any books by Trump administration officials.

In the letter, Karp said the company will “proceed in our publishing agreement” with Pence, he wrote in part, “The question of which books we should publish is addressed by our editors and publishers on a daily basis. Our role is to find those authors and works that can shed light on our world–from first-time novelists to journalists, thought leaders, scientists, memoirists, personalities, and, yes, those who walk the halls of power. Regardless of where those authors sit on the ideological spectrum, or if they hold views that run counter to the belief systems held by some of us, we apply a rigorous standard to assure that in acquiring books, we will be bringing into the world works that provide new information or perspectives on events to which we otherwise might not have access.

“As a publisher in this polarized era, we have experienced outrage from both sides of the political divide and from different constituencies and groups. But we come to work each day to publish, not cancel, which is the most extreme decision a publisher can make, and one that runs counter to the very core of our mission to publish a diversity of voices and perspectives….

“The judgment each of us renders about particular books is inherently subjective. Discussing how we perceive various works is one of the joys of our business. When we share an enthusiastic consensus about a title, we are a positive and powerful force in the culture. When we allow our judgment to dwell on the books we dislike, we distract ourselves from our primary purpose as a publisher–to champion the books we believe in and love.

According to Shelf Awareness, several free speech organizations issued statements in support of S&S. PEN America said in part that while it understood why people didn’t want to publish anything by Mike Pence, “a top official in an administration that posed grave dangers to our society and democracy, including the cause of free expression… there may be things to learn from his book, including how he justifies the policies and abuses that he enabled. The debate over the book–whether it is credible and truthful, whether his accounts stand up to scrutiny, whether he reckons with the consequences of what he wrought–could inform how historians, political scientists, and the public make sense of the Trump era and what there is to learn from it.

And the National Coalition Against Censorship said in a statement, in part, “Limiting what books are written, published and circulated based on the personal beliefs of a group of people who work in publishing deprives readers of the opportunity to decide for themselves whether they have any value and limits debate over important public issues.

“For over a century, publishers have played a leading role in defending free speech. However, they are increasingly being pressured to act as moral guardians by rejecting authors based on allegations about their personal conduct and their political views. But lasting social change comes from vibrant discussion and even bitter debate. Censoring books does not eliminate bad ideas.”