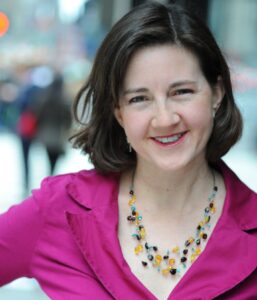 After California passed Assembly Bill 5, Lisa Rothstein lost a big piece of her income. She works as a freelancer in various roles, including a cartoonist, copywriter, and advisor. AB 5 requires many independent contractors to be reclassified as employees, preventing clients from hiring her. She is not alone. In fact, AB 5 has robbed thousands of contractors across California of their incomes.

What’s more, AB 5 may no longer be confined to the Golden State. Congress is considering the Protecting the Right to Organize Act (PRO) Act—legislation that would create a similar law at the federal level. If passed, it would have severe implications for the 57 million Americans who call themselves freelancers, as well as millions of other traditional workers who would lose their right-to-work protections.

What is the Protecting the Right to Organize Act (PRO) Act?

The Protecting the Right to Organize (PRO) Act has once again been introduced in Congress, and with Democratic majorities in both chambers and an endorsement from President Joe Biden, it stands a real chance at passing, despite previous defeat. While the legislation is making headlines for its likely impact on independent contractors, perhaps its most disastrous feature is that it would ban right-to-work laws nationwide and strip local unions and businesses of the freedom and flexibility needed to craft workplace agreements that respond to the unique needs of their workers. READ MORE DETAILS

The American Society of Journalists and Authors (ASJA) is sponsoring a webinar to explain the legislation’s impact:

What the PRO Act means to Freelancers

The last few years brought a legislative focus on how to classify independent contractors. It started in California with the passage of AB5, and moved to other states like New Jersey and New York. The PRO (Protecting the Right to Organize) Act introduces the strict version of the ABC test into federal legislation for the first time. While this ABC test would mis-classify many independent contractors as employees for labor law purposes, it is the first step in codifying the ABC test into labor, employment and tax law, per President Biden’s stated campaign plan. This session will put the PRO Act into context, explain how it may impact ASJA members and other freelancers, and discuss what is happening to combat the legislation.

Speaker: Debbie Abrams Kaplan is an ASJA member who fought against ABC legislation in New Jersey in 2019-2020, and is now fighting the insertion of the ABC test in federal legislation such as the PRO Act. Debbie is the ASJA advocacy communications chair for PRO Act legislation and a co-leader of Fight for Freelancers NJ and USA.

Moderator: JoBeth McDaniel is a nonfiction author and journalist, and the chair of ASJA’s First Amendment Committee. She is a plaintiff in the ASJA NPPA federal lawsuit against California AB5, which restricts or bans some types of reporting for freelance journalists. She lives in Southern California.