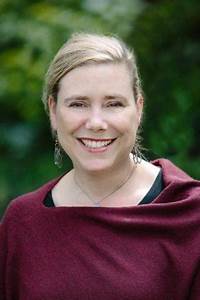 Current Executive Director of Seattle Arts & Lectures to begin new role in May 2021.

“Ruth Dickey brings the ideal combination of expertise and experience to lead the Foundation and advance our unique mission,” said David Steinberger, Chair of the National Book Foundation’s Board of Directors. “We were looking for a proven literary leader with a track record of engaging with a broad range of communities from all across our nation, and Ruth brings that and more to this role.”

“I have greatly admired the National Book Foundation’s expanded leadership role as a champion for reading and books, through innovative programs like Book Rich Environments and Literature for Justice,” said Ruth Dickey. “I am honored and thrilled to follow in Lisa Lucas’s footsteps, and join the Board and staff to lead the Foundation’s next chapter of work in support of books and reading, and their critical role in our cultural landscape.”

“Ruth Dickey’s extraordinary skill set—developed over many years as an exceptional, thoughtful, and dynamic leader in the nonprofit literary space—is precisely what the National Book Foundation needs to charge forward,” said Lisa Lucas, Senior Vice President and Publisher of Pantheon and Schocken Books. “Her experiences working across the country help to remind us all that this work is for everyone, everywhere. Ruth is uniquely experienced, an effective and inclusive leader, and a great lover and champion of the written word.”

Dickey will begin her new role on May 17, 2021 to allow for a smooth leadership transition from Seattle Arts & Lectures, whose annual gala is in April 2021. The Foundation’s Deputy Director Jordan Smith will continue to serve as Interim Executive Director until then.

“We owe a great deal of gratitude to our Deputy Director and current Interim Executive Director Jordan Smith, who continues to provide outstanding leadership for the Foundation during this transition, and to the entire staff at the National Book Foundation for all their incredible work,” added David Steinberger. “We also thank our Board colleagues on the Foundation’s search committee for all of their hard work and for this outstanding end result.”

More information on Ruth Dickey can be found below.

Ruth Dickey has spent over 25 years working at the intersection of community building, writing, and art. Since 2013, she has served as Executive Director of Seattle Arts & Lectures (SAL), which brings the best writers and thinkers to Seattle stages and classrooms. Under her leadership, SAL more than tripled attendance and more than doubled subscribers, while expanding the number of students served and focusing on students with the least access to arts experiences.

Before coming to SAL, Ruth spent five years as the Founding Executive Director of the Clifton Cultural Arts Center (CCAC) in Cincinnati, Ohio, repurposing a vacant school into a thriving arts center that attracted over 80,000 visitors. Prior to CCAC, Ruth served as the Executive Director of New Futures in Burien, Washington, partnering with families in low-income apartment complexes to create communities where children thrive. Ruth led New Futures to double the number of children and families served, and to attract widespread attention for its evaluation work, including an article in the Stanford Social Innovation Review. Prior to that, she served as Executive Director of Miriam’s Kitchen, a breakfast and social service program for people experiencing homelessness in Washington, DC. During her tenure, the organization executed a successful $1.4 million capital campaign to begin transitional housing and was selected as the Winner of the 2001 Washington Post Award for Excellence in Nonprofit Management.

Ruth holds an MFA in poetry from UNC-Greensboro, and a BS in Foreign Service and an MA in Latin American Studies from Georgetown University, and was a 2017 fellow with the National Arts Strategies Chief Executive Program. The recipient of a Mayor’s Arts Award from Washington DC, and an individual artist grant from the DC Commission and Arts and Humanities, Ruth’s first book, Mud Blooms (Harbor Mountain Press) was selected for the MURA Award, and was a finalist for the National Poetry Series and awarded a 2019 Silver Nautilus for books that make a better world. Ruth served as a judge for the 2019 National Book Awards for Fiction, and is a voracious reader, an ardent fan of dogs and coffee, and has taught poetry workshops in soup kitchens, drop in centers, and the DC Public Schools.