NEW YORK, NY/11/14/07–Judith Regan, the former publisher of Regan Books, a division of HarperCollins, has filed a $100 million law suit against the publisher’s parent company, News Corp, for using smear tactics against her. According to the New York Times, Regan filed the suit this week in the State Supreme Court in Manhattan.

Regan charges that a senior executive of Rupert Murdoch’s News Corporation instructed her to withhold information she possesses about former New York City police commissioner Bernard Kerik from an investigation into his activities, because the information might harm Rudolph Giuliani’s Republican candidacy for president. Regan, who was fired by News Corp over her plans to publish O.J. Simpson’s book, If I Did It, also published Kerik’s autobiography, The Lost Son, in 2001. Regan said in her lawsuit that News Corp is well aware that she has a personal relationship with Kerik, and that the company advised her to lie about certain information on Kerik because of its potential impact on the Giuliani campaign.

On November 8, Kerik, who was Mr. Giuliani’s police commissioner during 9/11 and a Homeland Security Secretary nominee, was indicted on 16 counts, including mail fraud, conspiracy, and for failing to report to the IRS income exceeding $500,000. 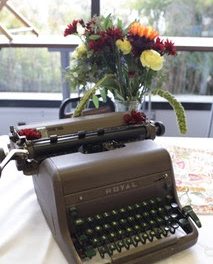