"We expect to achieve our goal of double-digit earnings growth for the year even though the rate of growth is expected to slow during the second half of the year as compared to our very strong first-half performance," said Mr. McGraw. "For the full year, we also still expect to achieve double-digit top- and bottom-line growth in Financial Services, as well as improved operating margins in our McGraw-Hill Education and Financial Services business segments."

The Corporation's forecast for year-over-year 2007 earnings growth excludes the following items: a $0.04 charge for the elimination of the restoration stock option program in 2006; a $0.06 restructuring charge in 2006; and a $0.03 gain from the sale of a mutual fund data business at Financial Services in the first quarter of 2007. On a GAAP basis, inclusive of these items, the 2007 earnings growth would be even stronger. Management believes the non-GAAP financial measures provide more useful information to investors due to the unusual nature of the excluded items.

In his presentation, Mr. McGraw discussed The McGraw-Hill Companies' growth prospects for the second half of 2007.

"Given the seasonality of our education business, the third quarter is the Corporation's most critical each year, and at this point we are in very good shape," said Mr. McGraw. McGraw-Hill Education traditionally generates approximately 40 percent of its revenue and practically all of its operating profit in the third quarter.

"I am pleased to report that we expect a double-digit revenue increase from McGraw-Hill Education in its most important quarter of the year, and for 2007 we expect to gain share in both the elementary-high school and higher education markets," said Mr. McGraw. "In Financial Services we anticipate top- line growth of nine-to-12 percent and double-digit bottom-line growth in the third quarter, while our Information & Media businesses will continue to battle the impact of a soft advertising market for the remainder of the year, which may affect our hopes for 2007 margin improvement in this business segment."

"We are obviously coming through a challenging period in Financial Services, but we believe the issues are short-term and can be addressed. Furthermore, favorable long-term trends, including the globalization of financial markets, securitization, privatization and the disintermediation of the banks in favor of public markets, will continue to drive our business for some time to come," said Mr. McGraw.

"We look forward to continuing Standard & Poor's tradition of service to investors around the globe by working with government officials as they review the role our industry plays in the capital markets and the way credit ratings are set," added Mr. McGraw.

Mr. McGraw concluded his presentation by emphasizing the Corporation's ongoing commitment to creating total shareholder value and provided an update on the Corporation's share repurchase program, through which the Board of Directors authorized the purchase of up to 30 million shares in 2007.

The forward-looking statements in this news release involve risks and uncertainties and are subject to change based on various important factors, including worldwide economic, financial, political and regulatory conditions; the health of the debt (including the US structured finance market) and equity markets, including possible future interest rate changes, the health of the economy and in advertising; the level of expenditures and state adoptions and open territory sales in the education market; the successful marketing of competitive products; and the effect of competitive products and pricing.

About The McGraw-Hill Companies:

Founded in 1888, The McGraw-Hill Companies is a leading global information services provider meeting worldwide needs in the financial services, education and business information markets through leading brands such as Standard & Poor's, McGraw-Hill Education, BusinessWeek and J.D. Power and Associates. The Corporation has more than 280 offices in 40 countries. Sales in 2006 were $6.3 billion. Additional information is available at http://www.mcgraw-hill.com. 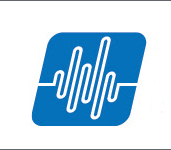