NEW YORK, NY/June 28, 2011–Sales for Janet Evanovich, one of the world’s biggest-selling novelists, more than lived up to the title of her new book, SMOKIN SEVENTEEN. Combined first-day sales of print, audio, and digital reached 218,000 books sold, it was announced last week by Gina Centrello, President and Publisher of The Random House Publishing Group, whose Bantam Books imprint published the book on Tuesday, June 21. Even by the high standards Janet has set as one of the bestselling authors of our time, her first-day sales for SMOKIN SEVENTEEN have exceeded all of our expectations, said Centrello.

On its first day, 100,000 hardcovers, 100,000 e-Books, and 18,000 audio books were sold through U.S. retail channels, reflecting the broad diversity of physical and online retailers, large and small. It is the largest first day sale for any Random House, Inc. title published in 2011, and it is believed to be the highest for any book released this year to date.

At her kick-off event on Tuesday night at the Barnes & Noble bookstore in the Market Fair Mall in Princeton, New Jersey, Evanovich sold 1,000 hardcovers to a crowd of nearly 900 fans who came from as far away as Canada to meet her.

WOW! I’m thrilled to see my new creative partnership with Random House kick-off with this unbelievable day of sales! I am so thankful to all the booksellers, my new publishing team and of course my fans–the best in the world–for helping SMOKIN SEVENTEEN hit this amazing record,” said Evanovich. Libby McGuire, Publisher of Ballantine Bantam Dell said, We are thrilled by Janets sales with SMOKIN SEVENTEEN. She is reaching her longtime fans and new readers in the format of their choice. This is only the beginning of new peaks of achievement for her and enjoyment for her fans.

SMOKIN SEVENTEEN is the first novel in Janet Evanovich’s new worldwide publishing agreement with The Random House Publishing Group. Evanovich has sold more than a hundred million copies of her books around the world, and shes had eleven consecutive #1 New York Times Hard cover Fiction bestsellers. Shes written more than seventeen novels featuring bounty hunter Stephanie Plum and will follow this mega-bestseller with a new Plum novel to be published November 22, 2011, EXPLOSIVE EIGHTEEN. It will be the first time she has published two consecutive numbered Plum novels in one year.

The Random House Publishing Group is a division of Random House, the world’s largest trade-book publisher, whose parent company is Bertelsmann AG. 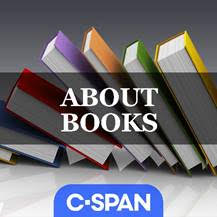