The publishing group, owned by Bertelsmann AG, is the world’s largest non-factual publisher. The job cuts come in editorial, publicity, advertising, marketing and administrative staffs, according to the New York Times. Here is a partial list of those who received pink slips.

Tina Pohlman, who began in January as a senior editor at the two-year-old imprint Spiegel & Grau, was laid off along with Spiegal & Graus director of publicity, Gretchen Koss. In addition, Janet Silver, an editor-at-large at Nan Taleses imprint since May, was also laid off, as was Jennifer Josephy, an editor at Broadway. Other names will be reported as they are released.

At Spiegel & Grau, Julie Grau & Celina Spiegel have had a reputation for paying top dollar for books they call distinctive. In January 2008, for example, Ms. Grau put down more than a million dollars for two books by Mary Johnson, an acolyte of Mother Teresas who left the church after 20 years and renounced her faith. And before that, Ms. Spiegel paid a reported $5.2 million for two works of fiction by Water for Elephants author Sara Gruen.

The cuts come on the announcement of a painful downturn in third-quarter business. Doubleday paid $1.25 million for Andrew Davidsons The Gargoyle, and Jon Krakauer cancelled his biography of Pat Tillman after promotion had already begun. Some said the delay of Da Vinci Code author Dan Browns next book hurt performance, however, Doubleday publisher Steve Rubin said the Brown book was not an issue. He said the cuts were necessary and added that they were not ordered by the company’s new Random House C.E.O., Markus Dohle. 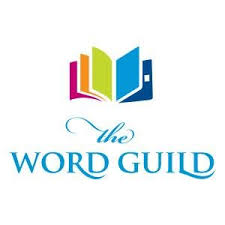