Children’s and Young Adult Literature Step Off the Page at Southern Festival of Books OCT. 9-11

The Southern Festival of Books: A Celebration of the Written Word has announced this year’s lineup of popular and acclaimed children’s and youth authors and entertainers for the 27th anniversary event in Nashville, Oct. 9-11. The free, three-day event highlights storytellers, musicians, poets, songwriters, hands-on crafts and classic book characters to encourage reading and creative collaboration.

The Southern Festival of Books has a strong following and reputation for assembling award-winning children’s and young adult authors. 2015 authors include Newbery Medal Award-winners Kwame Alexander (The Crossover) and Cynthia Lord (A Handful of Stars) and New York Times bestselling authors Nicola Yoon (Everything Everything) and Rick Yancey (The Infinite Sea). Acclaimed YA author David Levithan will be at the Festival with Another Day, and Powerhouse writing team Scott Westerfeld, Deborah Biancotti and Margo Lanagan will present Zeros.

Compelling work by young adult authors Martha Brockenbrough (The Game of Love and Death), Dana Walrath (Like Water on Stone) and Kenneth Oppel(The Nest) will be featured alongside artful creations from Nicholas Gannon, (The Doldrums) and Matthew McElligott (Mad Scientist Academy: The Dinosaur Disaster) and quirky works from Terry Border (Happy Birthday, Cupcake!) and Stephan Pastis (Timmy Failure: Sanitized For Your Protection).

Operating on Saturday and Sunday of the Festival, the Youth Stage will feature special activities for kids and kids-at-heart. The Nashville Zoo will tell Animal Tales and introduce curious critters; the Nashville Public Library and Wishing Chair Productions Puppet Truck will present The Little Rabbit Who Wanted Red Wings; the Adventure Science Center will present Living and Working in Space and Matter Matters and First Baptist Church Capitol Hill will celebrate its Sesquicentennial.

Bill Crosby and the Bahama Llama Orchestra will have you singing; Mr. Steve, The Music Man will have you playing air guitar and the Ukedelics will have you jamming along. Huckle Cat (from Richard Scarry’s Busytown) and Tacky the Penguin will march on stage to the beat of his own drum for larger-than-life birthday celebrations and Where’s Waldo? will keep kids guessing his whereabouts once again. A full schedule of events for the youth stage is attached.

The Youth Stage is one of three live performance stages at the Festival:

·         In partnership with the Metro Nashville Arts Commission, the Festival will celebrate Artober with its Artober Performing Arts Stage, bringing a weekend of local theater, music and spoken-word performances.

For updates and announcements, connect with the Festival on Facebook, Twitter and Instagram @SoFestBooks. The Festival’s full entertainment and author lineup can be found online at www.humanitiestennessee.org/programs/southern-festival-books-celebration-written-word.

About the Southern Festival of Books 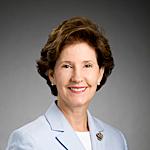