WILMINGTON, DELAWARE/2/15/2007—Baker & Taylor on February 12, submitted a revised letter of intent outlining the terms under which it plans to acquire bankrupt Advanced Marketing Services, Inc. and the U.S. Bankruptcy Court is expected to hear the offer at 11:30 a.m. Friday, February 16.

The letter, submitted to U.S. Bankruptcy Court, states that it will purchase the company, excluding distribution arm PGW, for $76.25 million. The deal includes purchase of selected inventory for 75% of cost, and trade accounts receivables at an aggregate purchase price to B&T of 77.5% of the face amount on books of AMS, excluding items such as reserves.

The document, which identifies B&T as the so-called stalking horse (a third bidder for AMS), says the Bankruptcy Court will have issued a final non-appealable order approving the transaction no later than March 2 and that the sale should close on or before March 15, 2007. As part of its offer, B&T forbids any other offer from being solicited until a decision is reached. Apparently, if AMS sells its assets to any other bidder at this point, it will owe B&T a substantial sum out of the proceeds of such as a sale.

Some spectators worry that the court might approve a deal valued at less than if the company merely liquidates, leaving a number of creditors and investors unpaid.

Meanwhile, hearings continue on the fate of distribution arm, PGW.

Delaware U.S. Bankruptcy Court Judge Christopher S. Sontchi will likely hold an auction on February 28 between Perseus Books Group and National Book Network to decide which company will be assigned the assets of PGW, the book distribution arm of bankrupt American Marketing Services (AMS). That is the date of an omnibus court hearing in the bankruptcy case and no other hearings for the PGW issue had been scheduled by press time Wednesday afternoon.

The future of PGW originally was to be decided in a hearing Monday, February 12, but the judge decided to continue the matter, over adamant objections from Perseus. Perseus Books had hoped the court would act in its behalf Monday, since it had commitments from about 60% of PGWs publishing clients that they would accept Perseuss offer to pay them 70 cents on the dollar for their existing inventory losses. NBN, however, has now come forth with a competing offer which promises to pay each consenting publisher 85% of its claims against PGW prior to the bankruptcy filing, considerably more than the Perseus deal.

Judge Sontchi has the discretion to determine the winning bid. He will evaluate the offers from NBN and Perseus and decide which is best both for PGW publishers and for secured and unsecured creditors and shareholders of parent company AMS.

Some publishers have considered signing both offers in order to be on the winning side, no matter which company wins the bid.

Perseus CEO David Steinberger has told PGW publishing clients this week that if Perseus’s offer for PGW is accepted, the company will operate PGW as a separate unit and that it would maintain a major presence in the Bay Area and offer jobs to most of PGWs sales and marketing people. Perseus would, however, merge PGWs back office operations into its Jackson, Tennessee warehouse facility.

Baker & Taylor, Inc. (www.btol.com) is a global information and entertainment services company that offers books, videos, music, games and services to libraries, educational institutions, and retailers. Based in Charlotte, N.C., the company has been in existence for over 176 years, and is now majority owned by Castle Harlan Partners IV, L.P., a leading private equity investment firm.

Castle Harlan invests in controlling interests in the buyout and development of middle-market companies in North America and Europe. Its team of 10 managing directors has completed 45 acquisitions since its inception with a total value in excess of $8.7 billion. The firm traces its roots to the start of the institutionalized private-equity business in the late 1960s. 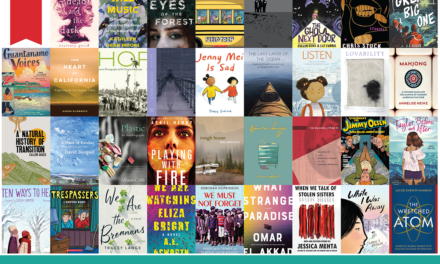