On Sunday, September 18, 2011, from 10:00 a.m.  6:00 p.m., a record 260+ top national and international authors and participants will join literary organizations, booksellers and bibliophiles at Brooklyn Borough Hall (209 Joralemon Street), Columbus Park, St. Francis College, St. Anns Church and the Brooklyn Historical Society for the sixth annual Brooklyn Book Festival. Additionally, 30 expanded Bookend literary-themed events will take place in venues from clubs to bookstores and theaters to libraries across the borough September 15  18. All events are free, but some are ticketed admission. Free tickets will be given out one hour before the scheduled program at Festival information booths on Borough Hall Plaza. The complete author and events listings are now available at www.brooklynbookfestival.org.

The Brooklyn Book Festival is an initiative of Brooklyn Borough President Marty Markowitz presented by Brooklyn Tourism and the Brooklyn Literary Council. It presents an array of literary stars and emerging authors representing the exciting world of literature today. One of Americas premier book festivals, this hip, smart, diverse gathering attracts thousands of book lovers of all ages.

The Brooklyn Book Festival Best of Brooklyn or BoBi Award for outstanding contributions to literature will be presented this year to Pulitzer Prize recipient Jhumpa Lahiri. She also holds the Frank OConnor International Short Story Award, a PEN/Hemingway Award, an O. Henry Prize, and the Addison Metcalf Award from the American Academy of Arts and Letters (among others). In 2010 Lahiri was appointed as a member of President Barack Obamas Committee on the Arts and Humanities. Lahiri will be in conversation with book critic Liesl Schillinger at 2:00 p.m. at St. Anns Church on Sunday, September 18.

This years panel discussions include:

Defining the Moment, USA 2011: Where are We? Writers Deborah Eisenberg, Fran Lebowitz and Wallace Shawn discuss the difficulties in figuring out what exactly this moment is, why people are feeling enormous anxiety and why that anxiety is poorly understood.

Politically Incorrect Parenting. Adam Mansbach (author of Go the F**k to Sleep), Ta-Nehisi Coates and Alice Bradley confront the subject of what constitutes acceptable parenting when you just want the kids to go the *bleep* to sleep.

Larry McMurtry and Diana Ossana in Conversation. McMurtry and Ossana, winners of the Academy Award for their screenplay of Brokeback Mountain, discuss writing, moviemaking and more.

The Sweep of History, the Cycle of Novels. A rare and intimate conversation between two masters of world literature: Amitav Ghosh, whose new work, River of Smoke, continues the Opium Warera saga of Sea of Poppies; and Nuruddin Farah, whose latest novel, Crossbones, completes the trilogy of modern Somalia begun with Links and Knots. Moderated by Andy Tepper.

Whether youre a voracious reader or someone who just likes to pick up the occasional good read, make sure you book it for our Brooklyn Book Festival this fall, said Brooklyn Borough President Marty Markowitz. As the Creative Capital of New York City, Brooklyn is the perfect host for one of the worlds most prestigious free literary festivals, and thats why I officially re-name our borough Book-lyn not just for the Festival on September 18, but for the four days of incredible Bookend events this yearfrom BAM and the Brooklyn Public Library to Brooklyn Bowl and the Bushwick Book Cluball celebrating the character and characters of our diverse literary community.

Now in its sixth amazing year, the Brooklyn Book Festival is, without question, one of the premier literary destinations in the world, said Johnny Temple, chair of the Brooklyn Literary Council. From our award-winning authors to our publishers big and small, from musicians and comedians to humorists and graphic novelists, the Brooklyn Book Festival represents our growing literary universeand this years expanded four days of events will be our biggest and best celebration yet. 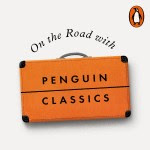