Prior to joining Borders Group, Laverty, 49, was a partner with IBM for two years where he was the SAP retail practice leader for the U.S. and directed programs for leading cosmetic and optical retailers. From 2001 through 2006, he was a senior manager with Deloitte Consulting where he was the North American Oracle Retail practice leader, which included project management for a variety of retailers, including a leading bookseller, home building and supplies retailer, furniture merchant and an office supplies and services retailer, among others. Laverty served as a principal consultant from 1997 through 2001 at PricewaterhouseCoopers, where he was project manager for a number of large retail clients, such as a national bookseller, women’s apparel retailer and national off-price chain, among others. Earlier

in his career, from 1995 through 1997, Laverty was with Ernst & Young, where he was a senior manager involved with projects for a leading shoe and apparel retailer, a discount department store chain and a music retailer. Prior to joining Ernst & Young, Laverty served in a variety of inventory and distribution management roles and finance positions for leading national retailers.

At Borders, Laverty is responsible for the overall vision, strategic direction and tactical execution of all information technology systems and solutions that support the company’s business operations, which include approximately 1,000 Borders and Waldenbooks stores, the Borders.com e-commerce site, and the company’s distribution facilities and corporate headquarters.

Before joining Borders Group, Devitt, 38, was Senior Manager of e-Commerce Technologies at Circuit City for three years, where he managed Web development, contact center infrastructure and cross-channel integration for circuitcity.com. From 2001 through 2006, Devitt worked for Capital One in a variety of management roles including leading IT teams within operations, risk management and information security.

At Borders, Devitt oversees the design, architecture and implementation efforts for the company’s e-Commerce systems ensuring that they are aligned with the organization’s business priorities and meet key functional, technical, cost and operational requirements.

“Scott’s incredible depth of experience in developing and executing information technology solutions to help dozens of major retailers maximize nearly every aspect of their business will be invaluable to Borders as we seek to improve execution across our entire company,” said Borders Group Chief Administrative Officer Dan Smith. “Paul brings with him a strong background in Web development technologies, Internet retailing and cross-channel integration. We are pleased to have Scott leading our information technology strategy and Paul overseeing our e-Commerce systems.”

Devitt holds a Ph.D. in Chemistry from the University of Leeds, Leeds, England.

Headquartered in Ann Arbor, Mich., Borders Group, Inc. is a leading retailer of books, music and movies with approximately 1,000 stores and over 25,000 employees. More information on the company is available at www.borders.com/media. 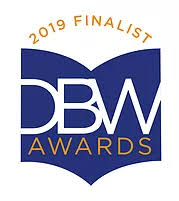