BIRMINGHAM, AL/03/19/09–Books-A-Million, Inc is scheduled this afternoon to report financial results for the fourth quarter and fiscal year ended January 31,2009. The company will release results in a 5 p.m. webcast.

The live broadcast of Books-A-Million’s conference call will begin at 5:00 p.m. Eastern Time (4:00 p.m. Central Time) on March 19, 2009. The link to this event may be found at the Company’s website: www.booksamillioninc.com. The webcast will remain posted on the site through April 19, 2009.

Books-A-Million is one of the nation’s leading book retailers and sells on the Internet at www.booksamillion.com. The Company, which employs about 5300 people, presently operates more than 200 stores in 20 states and the District of Columbia. The Company operates two distinct store formats, including large superstores operating under the names Books-A-Million and Books & Co., and traditional bookstores operating under the name Bookland. BAMs wholesale operations include American Wholesale Book Company and Book$mart, both based in Florence, Alabama.

Society of Journalists and Authors To Convey Writing Awards 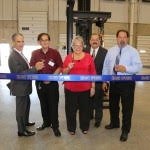