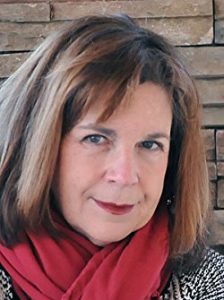 Last Ride to Graceland by Kim Wright (Gallery Books, 2016) has been named the 2017 Winner of the 10th Annual Willie Morris Award for Southern Fiction.

On the 10th anniversary of its creation, the Willie Morris Award for Southern Fiction (www.williemorrisaward.org) announced  Kim Wright as the recipient of its 2016 literary award.  Wright was honored at a ceremony October 23, 2017, at the New York Yacht Club where she accepted the award’s $10,000 prize.

Kim Wright is the author of Love in Mid Air, The Unexpected Waltz, The Canterbury Sisters, and Last Ride to Graceland. She has also created the City of Mystery Series, which contains the following books: City of Darkness, City of Light, City of Silence, City of Bells, City of Stone and the Christmas-themed novella The Angel of Hever Castle.
Kim lives in Charlotte, NC where her interests include ballroom dance, cooking, travel, and dogs.

Authors, agents, publishers, and booksellers are invited to submit books for consideration. The winner is selected by a prestigious panel of academics and writers, including previous award winners.  In addition to the $10,000 prize, recipients receive an all-expenses-paid trip to New York City to attend a luncheon and reception in their honor, joined by nearly 100 members of the Southern literary community and New York City publishing community.

The winning book is chosen for the quality of its prose, its originality, its sense of place and period, and the authenticity and appeal of its characters. The book must be set in the South, defined as one or more states of the original Confederacy (Alabama, Arkansas, Florida, Georgia, Louisiana, Mississippi, North Carolina, South Carolina, Tennessee, Texas and Virginia). It must be published in the year designated. For example, the book that will receive the award in October 2017—Kim Wright’s Last Ride to Graceland—was published in 2016. Books published in 2017 are being considered for the prize now.

FOR MORE INFORMATION about the Willie Morris Award for Southern Fiction, or for the submission guidelines visit: www.williemorris.org

Borders Gets Court OK for $505 Million in Financing