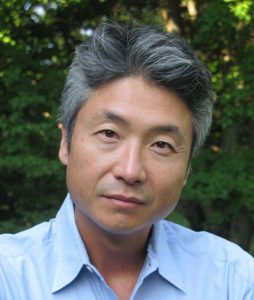 Fiction author Chang-rae Lee is already a recipient of numerous literary awards, and he can now add Longwood University’s own Dos Passos Prize for Literature to his list of accomplishments.

Lee is the 36th author to receive this recognition, and it is the oldest national literary prize in Virginia that is given by a college or university.

Dos Passos is an award that is given out once a year by Longwood in recognition of an author’s literary work general. Different from many other awards, which are given out for individual books, Dos Passos rewards writers who have written a large selection of works that reflect American author John Passos’ style.

“The Dos Passos Prize is meant to award the career of an author,” said Matthew McWilliams, Longwood’s assistant vice president for communications. “So they take into account, not just current books that are in print but also previous works that have been published.”

The writing has to display “an intense and original exploration of specifically American themes, an experimental approach to form, and an interest in a wide range of human experiences,” according to the Department of English and Modern Languages at Longwood. This first of these awards were given out in 1980 to Graham Greene, author of “The Heart of the Matter” (1948) and “The Honorary Consul” (1973).

Dr. David Magill, an associate professor of English from Longwood’s Department of English and Modern Languages, is the chair of the Dos Passos Prize Committee. In a press release, Magill said, “Chang-rae Lee’s work is masterful in exploring themes of immigration, alienation, assimilation and the intricacies of cultural diversity … He tackles challenging subjects like racism, discrimination and the quest for identity, and his narratives speak to the very essence of what it means to be an American.”

Lee has been the Stanford University’s Ward W. and Priscilla B. Woods professor of English in the English and Creative Writing Department since 2016. Fitting with the above description and the requirements for the Dos Passos Prize, Lee said in an interview published on Stanford’s website, “I think I’ve been consistently fascinated by the question of persons who find themselves in a context that either fits too well or doesn’t fit at all, by persons who feel they exist simultaneously inside and outside of a cultural or political space.”

“It’s no surprise that as an immigrant, I’ve always been extra conscious of this interplay,” he added.

Lee has written five fiction novels, the most recent of which is “Such a Full Sea,” published in 2014. This book was one of the finalists in the 2014 National Book Critics Circle Award and a winner of the 2015 “Chicago Tribune” Heartland Fiction Prize. His 1995 book “Native Speaker” won the PEN/Hemingway Award for Debut Fiction, and “A Gesture Life” (1999) won the Asian-American Literary Award.

Lee was chosen this fall by the Dos Passos Prize Committee from a group of five finalists who were nominated by members of the committee. Each spring, the winner of the award comes to Longwood to give a lecture and receive their award. Lee will give his lecture on Wednesday, March 21. After the lecture, Lee will visit Longwood’s classes and read some selections from his bibliography.

BN to Reissue Out of Print Titles