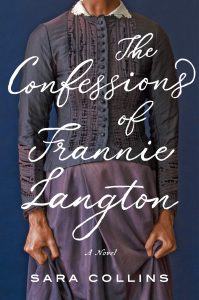 The Confessions of Frannie Langton

Frannie grew up a slave on a Jamaican plantation. Her master, Langton, chose her as his assistant in his experiments on cadavers. She wound up in 1820s London when Langton gifted her to his would-be patron, renown scientist George Benham. But it was her relationship with Benham’s eccentric French wife, Marguerite, that became much more than maid and mistress. Yet, when the Benhams are found murdered and Frannie is the only suspect, she cannot recall what happened that night while under the influence of Madame’s laudanum. From her cell at the Old Bailey, she writes her story as she recalls her life.

AUTHORLINK: Where did your story come from? What was the first aspect of it that came to you? Is it based on any historical person or event?

“I think novels start with questions. I’d long asked myself why a black woman had never been the star of her own gothic romance…”

COLLINS: It started with an image: a young black woman shivering on the steps of a London mansion, accused of killing her white mistress, with whom she’d been passionately in love. This led to the first sentence I kept, which became a kind of epigraph: “I wouldn’t have done what they say I’ve done to Madame because I loved her.”

I think novels start with questions. I’d long asked myself why a black woman had never been the star of her own gothic romance, in the style of the classics I’d loved growing up: for example, Jane Eyre, Rebecca, Wuthering Heights. But the springboard for the story came from reading Michael Bundock’s biography of Francis Barber, who was a young Jamaican boy sent into service in the household of Samuel Johnson in the 18th century. I was fascinated by the idea of people being given as gifts (which is how many West Indian residents of London in the 18th and 19th century came to be there) but also of an intelligent young person rubbing shoulders with one of the great minds of the age, while being deprived of any real outlet for his own ambitions and desires. Frannie’s story grew from there.

AUTHORLINK: How did you plan your story? Did you lay out the scenes ahead of time, or did much of it evolve as you wrote?

COLLINS: I made many false starts. During the early stages I was feeling my way into the story, figuring out what worked, trying to decide what shape it should take. At the end of the first year, I had a very unwieldy draft of close to 150,000 words which could only be called a novel in a very loose sense. At that stage, I began working on a spreadsheet, including a scene by scene breakdown of the entire manuscript, color-coded for character arcs, theme, pacing and other elements. That helped me to organize the material, to see where things were dragging, where I needed stronger hooks or transitions, where loose threads had been left hanging. That document guided my revisions, which took another year.

Even after all of that work, there was something in the way. The novel in its final form only emerged after I started pruning. On my agent’s advice, I cut an entire narrator (part of the story had originally been told from the perspective of Frannie’s new mistress) and as soon as I did that the whole thing felt clearer and lighter. As Hilary Mantel says, a novel is a “triumph of deletion”.

AUTHORLINK: Why did you tell the story as Frannie writing her confessions rather than just having it occur as it happened?

COLLINS: One of the novel’s central themes is the power of storytelling: Frannie is telling her own story, in her own words, as a way of taking some control over her own life. But she is in many ways an unreliable narrator, which required a form in which her first person account could be undercut by evidence, testimony and other first-hand accounts, as well as circling back and forth in her own telling to mimic the way memory works. There are also allusions to Rousseau’s Confessions throughout Frannie’s own text.

AUTHORLINK: What did you do for research?

COLLINS: When it came to research, the challenge was to stop myself doing too much! I studied the Old Bailey archives from the 18th and 19th centuries, I spent afternoons at the British Library in central London poring over research material on plantation slavery and 19th century science, I visited the site of an old plantation in Montego Bay as well as spending a couple of afternoons walking around Mayfair in London, trying to imagine things as they would have been two hundred years ago.

“Love is the most redemptive influence in Frannie’s struggle…”

AUTHORLINK: How would you describe the essence of your book – not the plot, but what it evokes, what emerges through Frannie’s story?

COLLINS: Love is the most redemptive influence in Frannie’s struggle to come to terms with what happened at the plantation, and her own guilt and shame as a result. At the end of the day, I hope the message of the novel is that love is transcendent, in the face of everything else. That includes self-love.

AUTHORLINK: How did you transition from being a lawyer to debuting as a novelist? Did you publish other types of works before the novel?

COLLINS: I’ve wanted to be a novelist since I was a very young girl, so it still feels like a dream come true. I gave up law some time ago in order to be a stay at home mother, but it took me a while to convince myself that the idea of writing a novel was something ordinary people could take seriously! As soon as my youngest child started high school, I saw an opportunity to set aside the time and mental energy I’d always convinced myself I didn’t have. I started a Master’s degree in creative writing at Cambridge University and submitted a very early version of the opening chapters as my dissertation.

AUTHORLINK: What is your advice to other writers who are hoping to publish an historical novel?

COLLINS: For any kind of novel, the best advice I can give is this: persevere. Writing a novel is the hardest thing I’ve ever done (harder by far than being a partner in a law firm or raising children). Failure seems inevitable; it’s a process filled with self-doubt; it is isolated and intellectually demanding. The biggest challenge was simply persuading myself to stick with it. You have to come up with all kinds of tricks: I developed a disciplined writing routine (treating it like a job with set hours), including music and poetry and an exercise routine.

For historical novels in particular, the best piece of advice is John Fowles’s reminder that the novel should have “relevance to the writer’s now”. Historians are concerned with what happened; a novelist’s job is to try to convey how it felt. Certain emotions and experiences are universal and resonate across centuries.

COLLINS: I’m working on my second novel as well as writing the scripts for the TV adaptation of Frannie (which has been optioned for television).

About the author: Sara Collins is of Jamaican descent, was raised in Grand Cayman and studied law at the London School of Economics. She practiced for 17 years. While studying for her master’s in Creative Writing, she received the 2015 Michael Holroyd Prize for Creative Writing. This is her debut novel. It was short-listed for the Lucy Cavendish Prize. 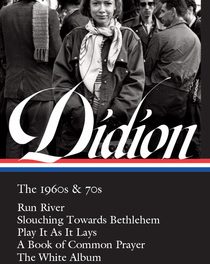 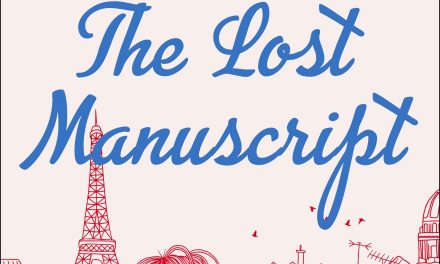 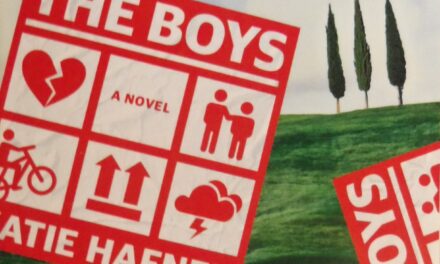