Silent Spring and Other Writings on the Environment Relevant Today 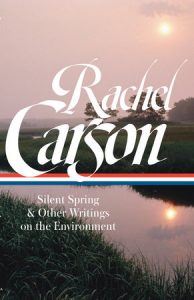 An Authorlink audio interview with Sandra Steingraber, editor of Rachel Carson’s  classic Silent Spring & Other Writings on the Environment

The late Rachel Carson’s Silent Spring was an unlikely bestseller when published in the fall of 1962. For the first time, the work exposed the harmful effects of synthetic pesticide in the face of the chemical industry’s concerted efforts to discredit her.  Immersing herself in a dauntingly wide-ranging body of technical and scientific evidence, Carson turned a series of discrete findings into a work of enduring literature—one that has helped to change the world.

Now in the newly-released collection, Silent Spring & Other Writings on the Environment, Editor Sandra Steingraber brings Carson’s seminal work together with rare archival material showing how Silent Spring took shape piece-by-piece.  The book includes a selection of photos, letters, articles, essays and other writings –most published here for the first time– revealing Carson’s extraordinary courage and commitment in the face of a massive industry misinformation campaign.

In the wake of Silent Spring, public debate and protest led to laws and agencies to protect our air, land, and water, and a new appreciation for what Carson calls “the right of the citizen to be secure in his own home against the intrusions of poisons applied by other persons.” This right, like all those we cherish, cannot be taken for granted.led to a nationwide ban on DDT for agricultural uses,[2] and inspired an environmental movement that led to the creation of the U.S. Environmental Protection Agency.[3][4]

More than a half-century later, there’s never been a better time to revisit Carson’s work and its urgent relevance for today.

As Carson once said, “Sin by silence makes cowards of men.”

The book was edited by acclaimed environmental writer Sandra Steingraber, who has lead the fight against fracking in New York, and who credits Carson as her inspiration to leave the lab and engage in activism, this edition features the complete text of the first edition of Silent Spring, featuring Lois and Louis Darling’s original illustrations, plus a 16-page color insert of photographs. A future Library of America volume will gather Carson’s “Sea Trilogy.”

A research biologist and cancer survivor, Sandra Steingraber is one of America’s leading environmental writers and antipollution advocates. Currently Distinguished Scholar in Residence at Ithaca College in Ithaca, New York, her books include Living Downstream: An Ecologist’s Personal Investigation of Cancer and the Environment (1997), Having Faith: An Ecologist’s Journey to Motherhood (2001), and Raising Elijah: Protecting Our Children in an Age of Environmental Crisis (2011). She is the subject of filmmaker Chanda Chevannes’s 2017 documentary Unfractured. www.steingraber.com

Rachel Louise Carson (May 27, 1907 – April 14, 1964) was an American marine biologist, author, and conservationist whose book Silent Spring and other writings are credited with advancing the global environmental movement.

RACHEL CARSON: Silent Spring & Other Writings on the Environment

Now in its fourth decade, Library of America is a nonprofit organization that champions the nation’s cultural heritage by publishing America’s greatest writing in authoritative new editions and providing resources for readers to explore this rich, living legacy.

Rachel Carson: Silent Spring & Other Writings on the Environment is kept in print by a gift to the Guardians of American Letters Fund from The Gould Family Foundation,  which also provided project support for the volume.

Valerie Martin, Author of the Stunning New Novel, Trespass, Talks of How She Conceives Her Ideas 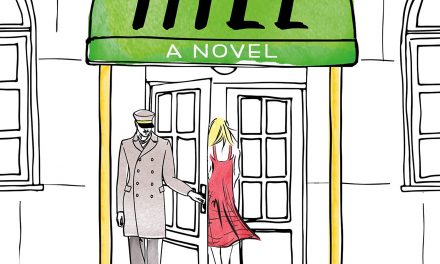