The Ladies of Covington

Inspiration can come from unusual places. For Joan Medlicott, author of the popular Ladies of Covington series, it happens in the bath after she has asked her deceased daughter, who died at age 29, to offer her guidance.

"I feel as if the (books are) coming from somewhere else," said Medlicott.

"Women have told me that I write about issues they can identify. . ."

Medlicott While the inspiration may come from elsewhere, Medlicott draws on research, the experiences of her friends and many hours at the writing desk to produce her stories of female friendship and community. She writes in an office that overlooks her garden in Barnardsville, North Carolina, where she lives with her husband.

The work has paid off. The books struck a cord with female fans, who hold "Covington" parties to talk about the books and serve food from the recipes found in the books.

"Women have told me that I write about issues they can identify, with from their relationships with their children and each other to the flab on their arms," said Medlicott.

She draws large crowds at appearances and receives fan mail on a daily basis. Her books have made several lists including Booksense Summer Picks, Booksense / SEBA Bestsellers and USA Today bestsellers.

Medlicott believes her stories offer a fictional account of something lacking in modern society. "Everyone is longing for a sense of community and belonging. We are a culture torn apart with mobility," she noted.

Her first book, Celibate Wives: Breaking the Silence (Lowell Press, 2000), a nonfiction title she co-authored, focused on a lack of connection. Living in Boca Raton, she attended a women's group where the topic turned to sex. After hearing that 4 of the 9 women lived in sexless marriages, she decided to explore whether the phenomena was widespread.

Medlicott had worked in counseling and as director of beautification for the U.S. Virgin Islands, where she was born and raised. In an effort to find a publisher for the celibacy book, she attended a Florida Writer's Association conference, where she found an agent willing to represent the book.

"The story of the ladies of Covington came unannounced and persisted until I set aside the celibacy novel and I've never gone back to it."

Despite appearing on Good Morning America and other television shows, sales were flat, which Medlicott attributes to distribution problems and poor public relations.

Her anger fueled her to write a fictionalized version of the story of a young celibate woman, but the ladies of Covington intruded. She was in the bath when she "heard the voices of these ladies."

"The story of the ladies of Covington came unannounced and persisted until I set aside the celibacy novel and I've never gone back to it," said Medlicott.

"I didn't have a plot. I didn't know what to do next, so I would lay in the bath and wait for the ideas to come," recalled Medlicott. As the plot unfolded and her writing took off, she sought feedback from her writer's group (known as The Plotters) and "bought all the Writer's Digest books on developing character and plot."

She works without an outline, but with a sense of the direction the story will take. "I believe if you trust something it will happen. I trust that my stories will unfold," said Medlicott.

She was 64 when she completed her first Ladies of Covington book. In her current book, A COVINGTON CHRISTMAS, Grace, Hannah and Amelia help organize a wedding for several older couples whose marriage has been found to be invalid. She has three more books currently under contract.

Because the book is a novella, Medlicott struggled to pace herself and keep track of the word count. She relied on her friend Louie Miles to help her develop the type of church that would be central to the story and to select the prayers that would be used in the marriage ceremony.

She noted that she uses a particular writing style for the Covington books and a different style when she writes books outside the series, including THE THREE MRS. PARKERS, which came out in paperback in March of 2005.

As for her influences, Medlicott read Proust as a young person and loves the writing style of novelist Rosamund Pilcher.

When she had completed the first book of the series, Medlicott took a systematic approach to securing an agent. She made a list of 25 agents who were interested in the type of books she writes and sent a query letter. She included a self-addressed stamped postcard with the following options: I'd like to see to the entire manuscript; please send ___ pages or ___ chapters; and, I am not interested.

"Don't write unless you have a real passion for it and have to write. If you write, don't give up."

After getting 24 rejections, she signed on with Nancy Coffey, her agent for five years, who sold the story to St. Martin's Press. Medlicott worked with several editors at St. Martin's. Her current agent is Irene Goodman. Her editor for her fifth Covington book, A COVINGTON CHRISTMAS (Pocket Books, 2005), is Micki Nuding.

New authors need to make sure they know what they want from an agent, observed Medlicott. Think about how hands on you want an agent to be, how much feedback you expect from them, whether or not they have the background to handle film rights and whether or not you want a 30-day termination clause in your contract, she suggested.

Writing is a tough business. "Don't write unless you have a real passion for it and have to write. If you write, don't give up. If 25 agents reject you, send your manuscript to 25 more," suggested Medlicott.

At 73, she is hard at work on another novella, a Mother's Day story involving the ladies, the next book in the series and an unrelated title.

"I love to write. If you took writing away from me I'd be devastated," said Medlicott.

Before becoming an author, Joan Medlicott worked as director of beautification for the US Virgin Islands and developed adult education programs for a senior center in Florida. She is the author of seven books. Joan currently lives with her husband in Barnardsville, North Carolina. About Regular Contributor 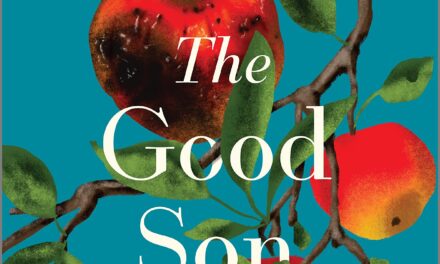 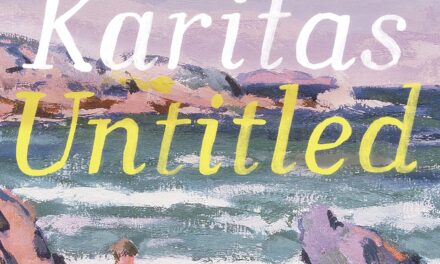