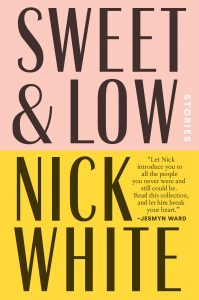 Writer Nick White brings his southern sensibility and experience as a gay man to bear on his telling stories that will stay with readers long after they close the covers of his books. White’s novel, How to Survive a Summer, which told the story of Will Dillard, a Midwestern graduate student who returns to the site of a gay conversion camp where he experienced trauma in his youth. His follow-up is Sweet and Low, a collection of short stories that centers on identity, love, and longing shaped in the Mississippi Delta. Several of the stories follow the life of Forney Culpepper, an aspiring writer. Stories include “Sweet and Low”, in which a young Forney witnesses the lengths his mother will go to pursue a career as a singer, and “The Exaggerations”, in which Forney learns that his uncle is gay.

AUTHORLINK: Your debut novel How to Survive a Summer came out last year and this year your story collection Sweet and Low. As someone who works in both formats, what do you think stories do that novels can’t and vice-versa?

…every choice I make—no matter how small or seemingly insignificant—has ripple effects on the larger narrative.

WHITE: I think it would be rather foolhardy on my part to say a story or novel can’t do something. It has been my experience that as soon I think I have found the limitations of the medium some upstart comes along to blow that idea right out of the water. For me, the difference between a short story and a novel centers on process. It all comes down to how much of the story I can hold in my head at one time. A short story is usually the perfect size to fit in my brain—I can work on it, even when I am not in front of my computer screen. While I cook, do laundry, shop for groceries, exercise, I’m also chewing over plot, scene, character, even bits of language I want to use or toss out. A novel is much more unruly. I can hold sections and chapters together without constantly referring back to my notes and outlines and sketches—but not for long. And every choice I make—no matter how small or seemingly insignificant—has ripple effects on the larger narrative.

I wrote it [the story collection] from a place of simple curiosity.

WHITE: To answer the second question first, I didn’t know I was building a collection. The second section of the book is a story cycle, involving the character of Forney Culpepper. And I didn’t write that chronologically, nor did I write it thinking it would become a book. I wrote it from a place of simple curiosity. When I finished “The Exaggerations,” I still had so many questions about Forney and his relationship with his mother—so, I wrote “Sweet and Low.” And then when I finished that one, I wondered what Forney would be like as a writer, so “The Curator” came along. Then, I was curious about Forney in college…and so on and so forth.

As to the first question—when did I know I had a collection?—not until I had a pile of stories that could fill two books. Many of them were bad or lazy and didn’t make the cut, but the pruning helped me find the book, hiding in that sheaf of papers.

AUTHORLINK: These stories seem rooted in a very specific world, southern, sometimes rural. What do those places hold for you in terms of story possibilities?

WHITE: I love the countryside in Mississippi—in particular, the hills of Central Mississippi and the flatlands of the Delta. I feel at home, at peace, when I am surrounded on all sides by trees. Small communities and small towns in this area, however, are not traditionally very welcoming to queer folk like me. And therein lies the conflict for me, the stuff I am trying to explore and work out. With my work, I want to depict queer lives deeply rooted in a place that is less than hospitable to their existence. That conflict—which I still very much feel when I am back home—feeds much of the art that I make.

AUTHORLINK: These stories are linked by characters who show up in several stories. What did that allow you to do as a storyteller? What challenges did that pose?

Time makes and remakes us before, at last, it unmakes us completely.

WHITE: Oh, I loved working on linked stories. For one thing, my stories seem to always begin with character. I cannot help myself: I fall in love with them, even the nastiest of my creations, and so it was great fun to check in on them through the years, see how they are doing. Overall, it allowed me to illustrate how humans are not creatures of stone, but malleable and changeable. Time makes and remakes us before, at last, it unmakes us completely.

AUTHORLINK: Tell me about the title Sweet and Low and how you came to it. How does it work to forge a connection between the stories?

WHITE: At first glance, the title is simply referring to one of the stories in the book—the first one in the second section. But it also refers to this idea of artificiality and my belief that most of us are big fakers. Anytime we connect with someone—overcome our bravado and artifice and show the other person what lies beneath—it can be downright scary. Also, on a more abstract level—and keeping with this theme of artificiality (I hope that’s a word!)—it gestures toward this idea about fiction, itself, as being the lie that tells a truth.

WHITE: Jesmyn Ward and Anne Tyler are the two living writers I look up to the most. Both of them are masters of mixing that alchemy of character and place.

AUTHORLINK: I found your endings particularly effective. Tell me about the choices you make when crafting an ending and what you think endings should do.

...writing has to cost us more than time.

WHITE: Endings often confound me. Usually, I have to go back to the beginning in order to find my way out of a story. For example, in “The Exaggerations,” I did not originally have that last paragraph. Instead, it ended with Forney’s mother singing. But something seemed too “neat” about that—and then it occurred to me: yes, Forney was now telling his own exaggeration, and unlike Uncle Lucas, Forney must give in to the “rough way of things,” and so the last paragraph came to pass, where it denies himself (and the reader) that last little bit of varnish. It hurt to write that ending. I felt like something had broken in my chest. And that was how I knew it was correct—writing has to cost us more than time.

WHITE: In the beginning, there is the work, and it is the most important. Nothing will work out if the story is not working. The most important thing to do, however, when you have an editor is to listen. Take their input seriously. If they have taken on your manuscript, then they have skin in the game. They only want what is best for the book, too. (Also, be kind and respectful to everyone you meet at the house—from the publicist to the copyeditor. Oh, and try to make your deadlines. And, lastly, don’t forget to breathe.)

WHITE: I am working on a novel—something about queer communes, southern masculinity, and the will to power.

ABOUT THE AUTHOR: A native of Mississippi, Nick White is the author of the novel How to Survive a Summer (Blue Rider/Penguin, 2017). He is an Assistant Professor of English at The Ohio State University’s MFA Program in Creative Writing. His short stories, poems, and essays have appeared in a variety of places, including The Kenyon Review, Guernica, The Hopkins Review, Indiana Review,The Literary Review, Lit Hub, and elsewhere. His short story collection, Sweet & Low, will be published on June 5, 2018 (Blue Rider/Penguin). 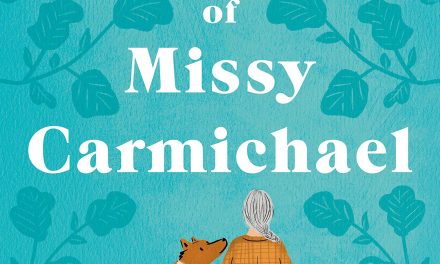