NEW YORK, NY/12/01/2004 Jake Morrissey brings both wit and a quirky perspective to his new role as executive editor of Riverhead Book/ Penguin Group USA. His humor and intelligence promise to breathe new style into the sometimes esoteric side of nonfiction publishingtomes of history, science, psychology, and spirituality.

Named to his unlikely editorial post in mid September 2004, Jake comes to Riverhead from having served as managing editor of Comics at United Media, where he developed and launched new comic strips for the international newspaper syndicate. There he oversaw a number of famed comic strips including Dilbert and Peanuts. He also discovered the popular strip Calvin and Hobbes in the slush pile. But a sense of humor represents only half of Jake's personality.

On the flip side of frivolity, he is author of The Genius in the Design: Bernini, Borromini, and the Rivalry That Transformed Rome (William Morrow, 2005). The nonfiction tale captures the intense rivalry between two of Rome's greatest 17th century architects, Gian Lorenzo Bernini and Francesco Borromini, and explores the masterpieces they created, partly as a result of their emotional battles.

In this exclusive interview, Jake Morrissey provides insight into his editorial strategies as the newest of five editorial staff members at Riverhead, and talks about the blurring of lines between fiction and nonfiction.

"I am here to build

AUTHORLINK: As the new executive editor of Riverhead, what is your mission?

MORRISSEY: I am here to build upon Riverhead's success and sensitivity to intelligent booksbooks that are idea-driven and have distinctive voice. I believe that important ideas can be found in overlapping categorieshistory and architecture; politics and humor; science and memoir; self-help and historical science. What interests me is a book that does not fit easily into a typical sales and marketing category.

AUTHORLINK: Would you say you're interested in quirky books?

MORRISSEY: I'm interested in books that present traditional subjects in new ways, or bring an idea into public discourse. There are few absolutes in this world. That gives us room to explore a wide range of discussion on meaningful topics.

AUTHORLINK: You mentioned books about spirituality as one of your interests.

MORRISSEY: I like books that bring about a personal transformation. For example, a book about how the scientific study of brain chemistry is impacting our views of faith.

AUTHORLINK: Would one have to be a physician or researcher to write such a book for Riverhead or might the writer be a journalist?

MORRISSEY: That depends on the approach, the depth of knowledge and reliability that a writer brings to the subject.

AUTHORLINK: Which is more important to you, voice or story?

MORRISSEY: One thing I learned in cartooning is that the quality of a book is all in the writing. Good art cannot save a bad story. Storytelling, even in nonfiction, is paramount.

AUTHORLINK: Do you think nonfiction writing is changing?

MORRISSEY: The distinctions between fiction and nonfiction, commercial and literary works are blurring, and this gives Riverhead new opportunities. I want books that don't talk down to the audience; books in which the reader learns something new or grapples with a fresh idea. I am interested in books that limber the mind. Riverhead is a good fit for me because they expect their editors to seek out intelligent books, and to be passionate about the projects they select. We're a small imprint. In addition to Riverhead co-publishers and vice presidents Julie Grau and Celina Spiegel, our group has only three other editors including me. It is never easy to find and sell the next big thing. As editors, we understand the hard realities of the marketplace. Here, we work to support each other in a collegial atmosphere. No one wants to disappoint the other editors, or the house. We're a small imprint, so we have to stay highly focused on what we do best.

AUTHORLINK: How many titles will you personally publish in a year? And how many will Riverhead publish?

MORRISSEY: I will release about 6 or 8 titles; the Riverhead imprint usually produces about 30 titles a year.

AUTHORLINK: How are the lines blurring between fiction and nonfiction?

MORRISSEY: Today's nonfiction books tend to be livelier, more narrative, while the trend in popular fiction is to encourage the reader to learn something.

AUTHORLINK: As in Dan Brown's novel, The Da Vinci Code?

MORRISSEY: I believe The Da Vinci Codewhich a friend of mine edited at another house was successful because Brown managed to create a world in which you learned a thing or two. It's a trend that's likely to continue in fiction.

of the ideas make the book

a fit for Riverhead."

AUTHORLINK: What sort of manuscripts do not interest you?

MORRISSEY: I have no interest in health titles per se. I have, however, inherited an exceptional book, Freud's Requiem by Mattew Von Unswerth, on how Freud thought about memory, loss, and grief (due out in 2005). The intelligence of the ideas make the book a fit for Riverhead.

"As an author I can appreciate

the courage it takes to turn

over your work for all

the world to see."

AUTHORLINK: You have also written a novel, A Weekend at Blenheim (St. Martin's Minotaur). How has being both a fiction and nonfiction author impacted your job?

MORRISSEY: I hope it has made me a better editor. When someone writes a book, the editor and the process are invisible to the reader. But the authorwhether writing fiction or nonfiction bookmust bear his or her soul to the masses. As an author I can appreciate the courage it takes to turn over your work for all the world to see.

About Jake Morrissey: Jack lives in the New York suburbs with his wife, two daughters, and a 12-year-old Labrador Retriever. His agent is Suzanne Gluck at William Morris Agency. 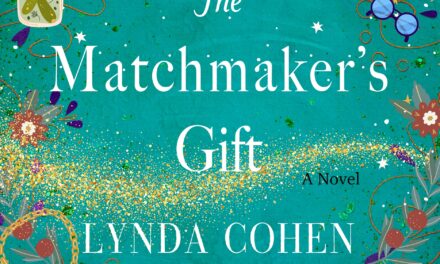