Interview: Impersonation Gets Complicated in The Summer Job 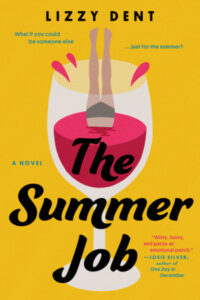 In her 30s, Elizabeth “Birdy” Finch is at loose ends and doesn’t know where to turn next. Her friend, Heather, has problems of her own, but at least she has a career as a top-notch sommelier. Even so, just before she is to take on a summer job in Scotland, Heather runs off with her boyfriend, leaving Birdy to cancel for her. Caught in a lie, in a reckless moment, Birdy decides to pose as Heather and take the job. She’s had some restaurant experience and Heather described the job as no big deal. But it is. The Scottish lodge is depending on its sommelier to help it win a Michelin rating. As her position becomes evermore frantic, Birdy desperately tries not to destroy the lives of the people she has grown to care deeply about, especially the handsome, sensitive and trusting chef.

AUTHORLINK: How did you get the idea for this book? Where did the idea that Birdy would be impersonating Heather fit into the idea?

“…because I love a bit of high drama, I had to up the stakes.”

DENT: My first concept was a sort of coming-of-age novel about a young woman moving to Scotland and having to learn about food and wine quickly in a new job. But then, because I love a bit of high drama, I had to up the stakes.

AUTHORLINK: Once you had the initial ideas, how did you proceed with the story? How did the various characters emerge and develop? Did you plan much or did the storyline develop as you wrote?

“…I just write with a vague finish line in mind and let the story develop naturally.”

DENT: After I had the initial idea, I was really trapped by the ticking time bomb concept. I had to get her through the summer, faking it as a sommelier, but she also had to ‘find herself’ while she was there. Each character needed to help with that. So, the cast are nearly all playing a role here – father figures, mother figures, a sibling she never had – and of course, a man who treats her kindly and is completely upfront and honest. It didn’t start out with a strong romance angle, but I grew to love James, and so of course – Birdy had to, too. In terms of planning, I am a classic pantser – as they say – I just write with a vague finish line in mind and let the story develop naturally. And yes, my editors noticed the lack of planning!

AUTHORLINK: In addition to your own experiences, what kind of research did you do regarding food and wine – and Scotland?

DENT: I read a lot about wine and crafting wine lists. But having worked in hospitality for many years – I did know quite a lot about how menus are crafted and wines are matched. Look, if you asked me what my ideal novel would be about, my answer would always be ‘anything with food!’

AUTHORLINK: How did writing and publishing an adult novel compare with your experiences with your young adult novels? Did your extensive television experience help prepare you for writing novels?

“I felt more at home writing an adult novel.”

DENT: I felt more at home writing an adult novel. I loved my YA novels, but I had so little training and experience – there was no masters of creative writing or even a finished University degree – I really learned on the job.

I think TV gave me a strong sense of story and what makes something entertaining. I always ask myself – is what you’re writing fun, entertaining, engrossing? Will it make people happy?

My favorite shows of the last few years have featured extremely messy, sometimes unlikable, and/or badly behaved characters. In I May Destroy You, Michaela Coel tackled the issue of consent with a character who was bright but hedonistic. Despite her sometimes-questionable decisions, the viewer never stops wanting her to triumph. In Fleabag, the main character’s tragic past, which in many ways was unforgivable, didn’t stop the viewer from really, truly hoping she found some peace. In LOVE, Micky Dobbs is an alcoholic and a sex addict, but she’s also hilarious and heartbreaking and I wanted her to be happy so badly.

Queenie by Candice Carty-Williams gave me confidence when writing The Summer Job in terms of permitting myself to stick to course and not try to make my character more ‘likeable’ or ‘perfect’ and allow fun and joy alongside the darker themes. It’s a brilliant book.

AUTHORLINK: While your book has humor and romance, do you hope it also touches readers on a deeper level, maybe encouraging them to find their way – although perhaps not by impersonating someone?

DENT: The greatest pleasure to me is mentoring younger women. If anyone reads my book and wants to shoot for the stars, I will die a happy person.

” I’m working on the development of The Summer Job into a potential TV series.”

DENT: I’m working on the development of The Summer Job into a potential TV series. And I’m writing a book about an insecure, anti-social woman who is pushed into a grand scheme to find THE ONE by a pregnant fortune teller. Another ticking clock, panicked plans and very badly behaved heroine. I can’t help myself.

About the Author: In her early 20s, Lizzy Dent worked in hospitality in Scotland, so placing her novel there was a natural. Later, she traveled the world for MTV making Music TV and while creating digital content for the Cartoon Network, the BBC and ITV. As Rebecca Denton, she wrote three Young Adult novels. The Summer Job is her debut adult novel. She and her family split their time between London, Austria and New Zealand. 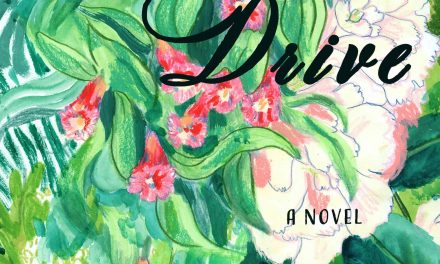