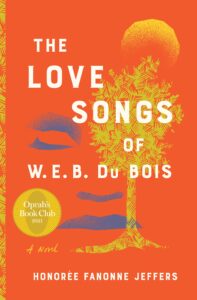 Ailey Garfield is the descendant of Africans brought to America as slaves plus Native American and white ancestry. She was raised in the north but spent her summers with her mother’s relatives in the small Georgia town where her ancestors lived for generations. As a Black girl growing up in the late 20th century, she understands what the scholar W.E.B. Du Bois described as the “double consciousness” African Americans must have. To help understand her own identity, she delves into her family’s past, uncovering their traumatic stories and hearing their voices urging her to succeed where they couldn’t.

AUTHORLINK: What was your first thought about this book? How did it develop from there?

“I’ve just accepted that my work is serious…”

JEFFERS: I first entered the universe of The Love Songs of W.E.B. Du Bois though the writing of short stories, set in a fictional hamlet called Chicasetta. (First, it was named Cusseta, but when I found out that was an actual town in Georgia, I changed the name.)

Some of the very minor characters in Love Songs appear in these stories. But one of those stories included Ailey Garfield, and after my agent encouraged me to write a novel, I landed on Ailey as the protagonist of the novel. Initially, the book was supposed to be a light family drama with plenty of romance. But after a couple of years, it evolved to something more serious.  I’ve just accepted that my work is serious, and I must try to find ways to connect with readers.

AUTHORLINK: You have an extensive history of Ailey’s fictional family. How does their history relate to actual history? Are there parallels? Did you incorporate and build on actual events, relationships, etc.?

JEFFERS: In my novel, I didn’t write about actual relationships that I’ve had. Of course, there’s a range of human emotion, and I tried to represent some of that range realistically, based upon my own experiences throughout the years. But representing emotions is different from taking actual events from real people’s lives and writing about that, without someone’s permission. The latter is unethical, in my opinion. There are references to real, historical figures, most notably, W.E.B. Du Bois—his name is in the title. But that’s it.  I’ve got a very active imagination, and that’s what I use when I write fiction.

In terms of history, the “spine” of the book is actual American history, particularly in the deep south. Some of this is political history, such as the slave trade and the removal of the Indigenous peoples from what is now the southeastern United States. There are other moments, like the crack epidemic of the 1980s, and how that ravaged Black communities in urban environments.

In every section of the book, I reference some aspect of American history, because this book is not only about the lives of individuals, but about how they reflect the American landscape, and how that landscape has changed over the centuries.

JEFFERS: As I said, I don’t translate my personal experiences in my fiction. But what I will say is that my family’s recollections of living in Jim Crow-era history in central Georgia did help to inform emotional responses to what would have been the challenges of what life was like for Black folks of that time and place.  In particular, my mother is a downhome storyteller, and one of the ways that she told those stories is that she would intersect events in American history with her own life. That’s one of the ways I learned how to write fiction and essays, writing from that “crossroads” point of view.

I have done some genealogical research on my own family, on both maternal and paternal sides. However, with very few exceptions most African Americans who are descended from the Transatlantic Slave Trade of the seventeenth and eighteenth centuries can’t trace their histories before 1870 or so. This is the case with my own family. In the United States, the 1850 and 1860 slave schedule censuses only name the number and gender of enslaved African Americans, but never names. (These censuses were called “slave schedules.”) This is pretty frustrating—and painful—as you might imagine.

Usually, when someone who is African American and descended from enslaved people, the only information they can find on their ancestors are in personal journals of slaveholders, or in other, similar documents. When you read about Ailey doing research in the historical archives, I tried to mimic the hard work of finding small tidbits of the lives of enslaved African Americans. It wasn’t just the physical and reproductive labor that was stolen from those people; it was the record of their lives that was erased.

AUTHORLINK: Did your experience as a poet help you in writing a novel? Can you describe how you handled the differences?

JEFFERS: I have five books of poetry; my first book came out twenty-one years ago. With poetry, there is a craft device called “economy,” where the line of the poem is cut down to the bone, but there is as much impact to the poem as possible. That way, there isn’t anything unnecessary as the reader moves through. And I think—even though some of my poems are longer—that I accomplish economy very well. Language is a given to me, as it should be to any poet.

“The way that my poetry helped me is to be able to connect the parts in the novel that seem discrete.”

With fiction, though I’ve been publishing stories for the same length of time as I’ve been publishing poetry, I’m still nervous when I encounter the fiction page. I still obsess—does this seem corny? Are the theme and conflict silly premises? Is my plot as strong as my characterization—I worry so much about plot, because when I was starting out writing stories, many of my stories were just pretty “mood pieces” with not a lot going on.

The way that my poetry helped me is to be able to connect the parts in the novel that seem discrete. Again, I do language really well, so I had a bit more confidence that readers would love the more rhythmic and imagistic aspects of the novel. But because I had so many characters, the smaller plot points had to connect with the larger conflicts—that the multi-faceted story of Ailey’s family was the story of America writ large through the story of this Black family. I wanted my readers to understand that this wasn’t the history of the margins but that Black people and Indigenous people are a part of the founding of this country.

Love Songs is nearly 800 pages long in its final form, and I know that might seem as if I have a bunch of stuff just thrown in. But this novel is cut to the quick. Everything that’s included was important to understanding this big, sweeping work with all sorts of moving parts. But when readers say that they were frightened by the novel’s length at first, but after they finished, they wanted even more—that makes me very happy. Because that’s my poet’s economy at work. Still, I held my breath until I began to receive feedback from readers.

AUTHORLINK: You were able to publish an 800-page debut novel which is a testament to the faith your agent and publisher had in it. Was its length a problem at any time? Did you have to shorten it during revisions? Did it change much from the original draft?

JEFFERS: The draft that my literary agent, Sarah Burnes, sold was nearly half the length of the book that was published, around 450 pages. I was worried about that length, even then.

“I was terrified that the book was way too long, but Erin [Wicks] reassured me…”

When I went through the editorial process with my Harper editor, Erin Wicks, she encouraged me to write even more, so that the characters were fully fleshed. The finished product ended up at 790 pages, I was terrified that the book was way too long, but Erin reassured me that the book would be received well. Repeatedly, she used the term “magisterial epic” when referring to my book, and she’s very affectionate and affirming, so that helped some with my anxiety.

However, I remained terrified for several months, until those first reviews came out. And again, when regular readers (who weren’t professional reviewers or journalists) began reaching out to me as well, I started breathing easier. One of those readers was Oprah Winfrey, who chose my book for her Oprah’s Book Club. She’s a very deep, serious reader, so her good opinion meant a lot.

AUTHORLINK: What effect do you hope your book will have on your readers?

“Thankfully, my readers have been overwhelmingly positive and I’m very grateful.”

JEFFERS: I just hope that readers will continue to like it. From the people who have written me emails and direct messages, there have been a range of reactions and emotions with my readers. Thankfully, my readers have been overwhelmingly positive and I’m very grateful.

One of the most frequent responses from readers is that they weren’t aware of the American history that I present in my book, which is not very surprising. This history is not talked about, because it doesn’t cast the best light on the history of this country, as it relates to Indigenous and Black peoples.

JEFFERS: As I usually do, I’m working on several projects at once. There’s an essay collection, a short story collection, and I’m doing research for a biography I’m writing on the great American poet, Lucille Clifton. Those are three books that need finishing in 4, 5, and 7 years. So that’s going to keep me busy for a while. But that’s a writer’s joy, staying busy in the word.

About the Author: Honorèe Fanonne Jeffers’ debut novel is a finalist for the Kirkus Prize for Fiction and shortlisted for the Center for Fiction First Novel Prize. It was included in dozens of Best Book lists. Jeffers has published five collections of poetry. Her latest, The Age of Phillis, won the NAACP Image Award for Outstanding Literary Work in Poetry. She contributed to The Fire This Time: A New Generation Speaks About Race. Her stories or essays have been published in the Kenyon Review, Iowa Review and other literary publications. She is a critic at large for the Kenyon Review and a member of the American Antiquarian Society. She teaches literature and creative writing at the University of Oklahoma. 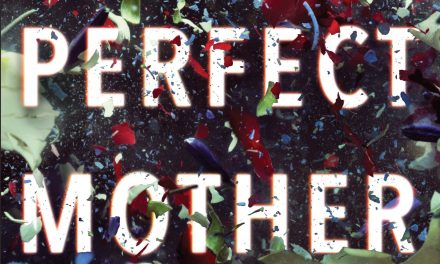 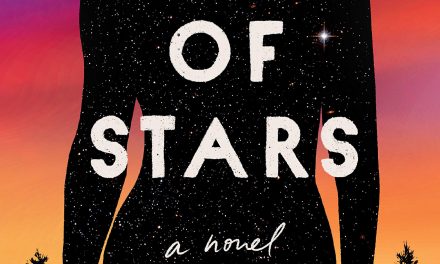