THE DANTE CLUB by Matthew Pearl
via Amazon.com

THE DANTE CLUB (February 2003, Modern Library/Random House) is based on the real club founded in 1865 by Henry Wadsworth Longfellow for the purpose of translating the first American edition of Dante's DIVINE COMEDYover the objections of fellow Harvard professors. In Pearl's fictional mystery, Boston is terrorized by a rash of murders that seem modeled after the killings in Dante's INFERNO. Only the literary members of the Dante Club can unravel the mystery and help catch the killer.

Matthew Pearl AUTHORLINK: How did you become a writer?

PEARL: I had never thought I wanted to be a writer. My career evolved in an unusual manner. I was a Yale University law student at the time, doing something completely different (He had graduated earlier from Harvard). During my first week at law school, my legal writing professor announced to the class, "After you go through law school you'll never be able to write creatively again in your life." That prohibition shocked me.

Shortly thereafter, the story idea came upon me as something I thought I'd enjoy working on. For me, there was none of the usual pressure to write. I never set the goal to do so, either publicly or privately. I had never said, "I want to be a writer, now what am I going to write?" The project began with nothing more than my excitement about the story.

I didn't tell anyone I was working on the manuscript because I didn't want the extra pressure. " It was a human story,

and I felt drawn to it."

Matthew Pearl AUTHORLINK: How did you come across the idea of the Dante Club?

PEARL: I had worked on the material from a scholarly angle and knew the history of the Dante Club. The story stuck in my mind beyond the limits of the scholarly project. It was a human story, and I felt drawn to it. When you conceive an idea, you're not paying close attention at the time to the anatomy. The most honest answer is simply that the material stuck with me, for whatever reason. I had never read Dante in high school or early in college. Then I accidentallly took a course on Dante as a sophomore, and something clicked. I stuck with it, took more advanced classes, and developed a close relationship with the professor at Harvard. People infect each other with a passion for literature. Why else do we read collectively? Why are there so many book clubs today? Later, as a Dante scholar, I dug deeply into Longfellow's translation of INFERNO. The book had been out of print or more than 40 years. In the Harvard archives, I found hand written notes by Henry Longfellow that he had never added to the work, or that had been incorrectly added after his death.

The characters in my novel are translating INFERNO for American readers for the first time. When I got the deal with Random House, I asked the editors if we could simultaneously publish an updated version of the book, and they agreed.

In the novel, each murder is a recreation of one of the punishments in INFERNO.

We think of translation work as a scholarly, quaint, archaic act, taking words from far away and translating them into present day language. It intrigued me to think that someone else could translate Dante into actual violence. In THE DANTE CLUB the two translationsliterature and the literal act of violencecombat and race each other .

AUTHORLINK: Did you have difficulty writing about violence?

PEARL: Violence is something I had to work on as a writer. I saw a horror movie yesterday and had to cover my eyes! For the book, I consulted forensic specialists to force myself to imagine the outcomes for the characters. This was the most difficult part. My favorite thing to do is researchdiscovery of history, unexpected windows into everyday life, small interactions people have had, the little things that are much harder to observe. Working these elements into the story are, I hope, what makes the work feel organic.

AUTHORLINK: How did you find a publisher? Did you know someone on the inside?

PEARL: I had no idea how the industry worked. I knew no one. So I did my research. I sent a few letters out to agents, who helped me edit a bit and consult with me on where I wanted to go with the manuscript. I picked up books similar to mine in the bookstores and opened the acknowledgment pages. One of them was the ALIENIST, a historical thriller set in 19th Century New York. There the author had thanked Agent Suzanne Gluck, who heads the William Morris Agency's literary department with Jennifer Rudolf Walsh. I wrote to her, along others, and she liked the project.

When we sold the work to Random House, editor Jon Karp sent me a 20 page memo containing suggested changes. After that, I began to transform as a writer. It was a difficult transition, working with other people on my craft.

AUTHORLINK: What advice do you have for writers trying to break into the business?

PEARL: The publishing industry is opaque. It is not easy to figure out how it works from the outside. In our culture people have a clearer sense of what producers do than what agents and editors do. It's a hard thing to figure out. I didn't know anybody. Certainly, the less frustrating route is if you have connections. I didn't have that. I simply wrote letters to eight or nine agents and four or five got back to me within a week or so. I thought this was normal. Now I know it was luck, timing. "All of the success

was beyond my expectations"

AUTHORLINK: You're 27 years old. How does it feel to have this much success and celebrity at an early age?

PEARL: All of the success was beyond my expectationsgetting on the bestseller lists at the New York Times, Boston Globe, The Wall Street Journal and others. I never thought that would happen. I think it is healthy to first figure out what's important to you. Whatever happens beyond that, one should just enjoy in a pure form.

My goal now is to be able to write another book. I have grown to appreciate the lifestyle of being a writerthe flexibility and the people you meet. It's fun. I like to travel. I'll soon be going on a second tour to five cities.

It's also important to have people and family around you with whom you can talk about other things besides books. My girlfriend (a Harvard law school graduate) has always been there for me. And so has my family.

AUTHORLINK: What are your writing habits?

PEARL: When you're writing, the book is all you can think about. My ideal schedule is to get right to work when I wake up. I write from 8:15 a.m. to 1:15 p.m., take a break, then work from 4:15 to 7:15 p.m. Why do I start and stop on the quarter hour? Oh, I think it's just as important to say when you are not going to workto stick to a schedule. The writing is always in your head. If you set strict times, you don't feel as guilty when you're not at the keyboard. The more specific the time, the more official it seems.

It also helps to have other interests. I teach Harvard courses and volunteer at the animal shelter. When you have other things you have to do, writing seems part of a more natural process. Currently, I live in Cambridge, but I will be joining my girlfriend in New York next year.

I'm really enjoying this. As long as they keep letting me write books, that's what I'll do. I have no plans to go back into law, though I used my law training to write a disclaimer for my novel, and it helped in understanding the publishing contract. " . . .you don't want to pigeon hole yourself."

AUTHORLINK: And do you have another book underway?

PEARL: Yes, I'm working on another 19th century historical thriller, but I cannot reveal what it's about just yet. I believe readers of THE DANTE CLUB will enjoy the second story, though it will take a different direction. You don't want someone to pigeon hole you, and you don't want to pigeon hole yourself.

I never realized how many books come out every week. I've been happy with the critical reception for THE DANTE CLUB from my readers. We live in age where writers and readers can interact and I appreciate that. I like talking with readers by e-mail and at book signings and appearances. I even like conducting tours to sites from the novel, such as Longfellow's house in Cambridge where the Dante Club held its meetings.

"Keep writing, as opposed to fixating on one

or another project that you're so certain must be published."

PEARL: Keep writing, as opposed to fixating on one or another project that you're so certain must be published. You can keep pounding the doors for that project by writing another project with more immediate appeal. Getting published is not a question of right or wrong. Selling a novel is about figuring out what's going to work in the marketplace. A lot is arbitrary. There are only a certain number of literary agents out there who are even considering new writers. One of your ideas might appeal to one and not to another. So, the trick is to keep writing. It's worth the effort, and it really feels great when you can get your stuff out there. 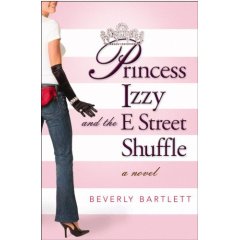 Writing What She Knows Lands Beverly Bartlett Her First Contract