Part I of II on Conservative Political Publishing

The New York publishing industry—cleaving mostly to the political left for decades—is at last striving to create a more balanced literary landscape. Two major publishers, Penguin Putnam an Crown (Random House), each recently launched new conservative socioeconomic and political lines, reflecting (or perhaps cashing in on) the changing mood of the country under a Republican President, a GOP majority in the House, Senate, and among U.S.governors. A third house, Harpercollins, in October assigned Perfectbound editor Sean Abbott as senior editor for HarperCollins General Books which will focus on works by conservative authors. This is the first of a two-part series on how the first two top publishers see their missions and why they decided to emphasize the conservative perspective.

In Part I, Authorlink interviews Adrian Zackheim, publisher of Penguin's new conservative political line and acquiring editor, Bernadette Malone. Penguin's yet unnamed imprint was established in April 2003. Zackheim, who reports to Penguin Group (USA) publisher Susan Peterson Kennedy, was hired less than a year ago to develop both the flegling business imprint, Portfolio, along with the political line.

In Part II we talk with Jed Donahue, editor of Crown Forum at Random House. Donahue was hired in June 2003 to head Crown's new line. "The political right feels, rightly or wrongly, that most New York publishers are biased against them. . ." —Zackheim AUTHORLINK TO PENGUIN'S ZACKHEIM: What were the factors involved in establishing the political imprint?

ZACKHEIM: The political right feels, rightly or wrongly, that most New York publishers are biased against them and publish politically jaundiced books without labeling them as such. They feel they aren't getting a fair hearing amidst the community. I thought a conservative line was a good idea and I was personally interested in publishing on that side of the spectrum. But we needed to establish a beachhead where that range of work could be represented with pride and conviction.

AUTHORLINK: What is the name of the line?

ZACKHEIM: We will announced the new imprint name in November or December.

AUTHORLINK: Who's your audience?

ZACKHEIM: Well, George Bush got 49 percent of the popular vote in the last election. I'd say that's a pretty big audience. ". . . finding the best authors and helping them reach the largest available audience is simply a good business opportunity"

—Zackheim AUTHORLINK: What is the focus of the imprint, the vision?

ZACKHEIM: It's not all that complicated. Penguin is the number two trade book publisher in the U.S. We have tremendous reach in this market. That has given us an opportunity to interact with a huge audience. We weren't addressing the conservative opportunity head on. We were publishing excellent voices, but by no means a comprehensive mix. We weren't representing opinions on the right, and we wanted to avail ourselves full time of the best people from this side of the political arena. For a publisher, finding the best authors and helping them reach the largest available audience is simply a good business opportunity

There is no discontinutity between our conservative line and anything else we're doing. It's like any other good publishing program. Our business line, Portfolio for example, now occupies a leading position we didn't hold before—because we're focused on consistently offering the best books to the broadest possible audience within the business market.

We began the Portfolio line in September 2002, and have thus far released only ten books. PERFECT ENOUGH by George Anders is already on the New York Times bestseller list, and six others are on national bestseller lists at the Wall Street Journal, Business Week and other top publications. Another title, PURPLE COW by Seth Godin, has become a highly visible marketing book in a short period of time.

I believe we'll see similar, if not greater, successes for the new political line.

"We want to publish

—Zackheim AUTHORLINK: How would you characterize the political line?

ZACKHEIM: The line will be a mixture of topics—journalistic pieces, books by actual decision and opinion makers or academics, investigative stories. We will publish across a broad spectrum. We want to publish important voices—people with visible platforms who are already recognized as people we have to listen to. People in public office are good candidates as authors for us. First time authors are not a priority. Bernadette Malone, one of our acquiring editors, can elaborate on the character of the line.

BERNADETTE MALONE: We're looking for titles that fall outside the liberal orthodoxy, including a wide variety of history, biography, humor, society—topics that people from a large part of the country are interested in, those that New York publishers might miss. My job is to keep an eye out for themes that resonate across the country, and that don't subscribe to the ideas of a liberal Democrat. To sell a manuscript to us, it helps if the author has a platform, but sometimes a piece is so strong, it speaks for itself: For example, HOME-ALONE AMERICA is written by Mary Eberstadt, a woman who is not as well known as someone like Mona Charen. But Mary's thesis—that children raised without a mother at home after school are more likely to suffer from Attention Deficit Disorder, obesity and other disorders—was strong. Hers is an unpopular message in certain quarters of society. But Mary is a marvelous scolarly researcher and editor of Policy Review, published by the Hoover Institution at Stanford. Her findings deserved publication. "Some [book]

—Zackheim AUTHORLINK TO ZACKHEIM: Where do the ideas for these books come from—the writer or the publisher?

ZACKHEIM: Some ideas are mine. Some are attached to a writer who is already contributing to such publications as the Washington Times or the National Review, writers with established credentials, the bona fides.

AUTHORLINK: Before joining Penguin, you were associate publisher and editor-in-chief of HarperInformation (a division of HarperCollins) where you helped build one of the most successful business imprints in the industry. You also served in editorial positions at William Morrow, Doubleday and St.Martin's Press, and are widely known as the editor of Newt Gingrich's 1995 blockbuster, TO RENEW AMERICA (HarperCollins), as well as for authors such as Bob Dole, Dame Margaret Thatcher, and Ross Perot. As a matter of curiosity, where did the idea for Newt's book originate—from him or you?

AUTHORLINK: I asked Newt Gingrich if he would write the book.

"We'll be lucky to release

—Zackheim AUTHORLINK: What formats will be offered in the conservative line?

ZACKHEIM: My plan is to publish in harcover. We will do some paperback reissues of hardcover titles, publishing the paperbacks under the same imprint name. But we won't buy original paperback rights.

AUTHORLINK: How many titles will the conservative line release in 2004 and beyond?

ZACKHEIM: We'll be lucky to release four titles in the Fall of 2004. The books we are commissioning now still must be written as well as published. The window for acquiring books for 2004 is closing on us and we're nowhere near selecting the number of titles that will bring us up to strength. We're speculating that we'll publish 15 titles or more per year, but don't hold me to that number. We'll still be building toward full output through 2005.

AUTHORLINK: How does it feel to have a hand in influencing the political tide of America?

ZACKHEIM: Giving a platform to credible but underrepresented voices and opinions, and thereby pushing the cultural dialogue further, is one of the great intangible benefits of book publishing. So I'd say it feels pretty darn good. —Doris Booth 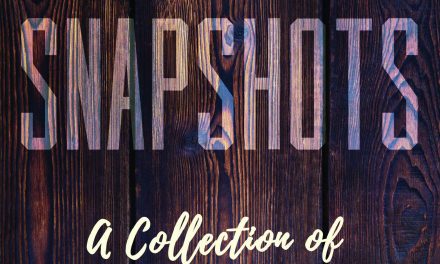